With aikido, not boxing, we can stop a blue wave 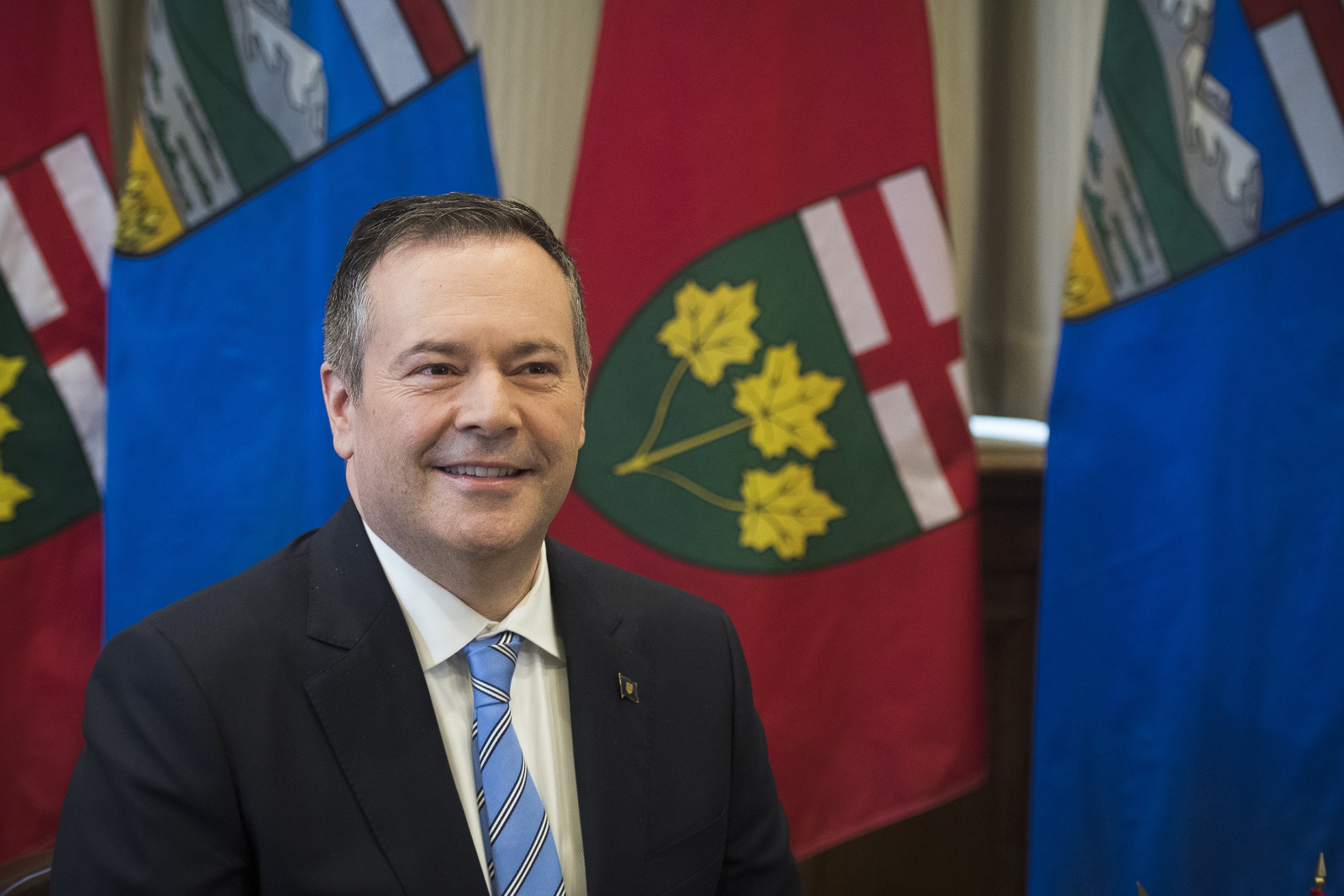 The narrative Jason Kenney offers Albertans about all-powerful foreigners turning Canadians against the oilsands is weak and factually false.

It survives only because it’s more compelling than the subtext Albertans probably hear in our climate campaigning: “We’re good, you’re bad. You need to be stopped for the good of other people’s families, even if it hurts your own.”

Will this resonate with Albertans, whose province is suffering the ravages of resource-royalty addiction, who all know laid-off family or friends and who might worry about their own livelihoods and futures?

More broadly, are we satisfied to aim no higher than Stephen Harper’s good-versus-evil Manichaeism? We can and should offer a better narrative. Once we do, Kenney’s will die on the vine.

Let’s subvert Harper’s legacy and envision Canada as a clean-energy superpower, with Alberta playing a central role. This would articulate what we want for Canada and affirm Alberta’s place in it.

Thinking this idea through for even a moment, we can foresee a problem. Unless we could convince governments or investors to lay a series of roughly 10,000-kilometre transmission lines to Asia on the ocean floor — where rogue states or billionaire speculators’ drone submersibles could cut them without fear of detection — our clean electricity, generated by half a continent of sun and wind, augmented by hydroelectric and nuclear power, would forever be landlocked.

How ironic would it be if in 2040, or even 2030, renewable-energy advocates had the same complaint their fossil fuel counterparts have today?

The consensus among international energy analysts is that, after an era in which coal gives way to liquefied natural gas (LNG), LNG will give way to zero-emission hydrogen for long-distance energy trade, with the hydrogen used in industry, power generation and transportation, primarily in larger vehicles (long-distance trucks, trains, boats, planes) where batteries remain an unsolved engineering problem.

Yes, in the near term, fossil fuels will remain the cheapest means of producing clean hydrogen, even after factoring in the cost of carbon capture and storage. But the falling cost of renewable electricity suggests that within a few decades, and then forever after, hydrocarbons won’t be a factor in the hydrogen calculus.

(With respect to carbon capture and storage, Norway has been pumping a million tonnes of carbon dioxide into its Sleipner Vest field every year since 1996; contrary to public perception, the technology is well-established.)

Hydrogen is how climate advocates can pursue emissions reductions while keeping Alberta on-side and while embracing Albertan resources. Not only is Alberta building its “Carbon Trunk” pipeline for sequestering carbon dioxide — which could eventually sequester 14.6 million tonnes of the greenhouse gas per year, almost one-quarter of British Columbia’s annual emissions — but recent auctions have also established Alberta as the cheapest place in Canada to build new renewables.

“This will not only mean jobs, but the earnings from the production, wholesale and retail sale of hydrogen will contribute to the province’s gross domestic product, royalty and tax revenue,” the report says.

Not boxing, But aikido

How might clean hydrogen change how we view fossil fuel infrastructure such as pipelines and export terminals, and our fellow Canadians’ expertise in building and operating them?

Instead of seeing it as a permanently polluting monolith to be toppled, we can approach our fossil-energy expertise as a temporary apprenticeship en route to mastering the craft of clean-energy exports.

The former is a boxing worldview, premised on overpowering the other party: shutting infrastructure requires advocates to out-endure industry, its employees and their communities at every turn. If our cousins feel an imminent threat to their livelihoods, they will fight us as ferociously as coastal First Nations have opposed the Trans Mountain expansion, and probably flock to Kenney’s deceitful embrace. As we might, if we were in their shoes.

The latter is an aikido perspective, turning the other party’s momentum into an advantage. While some specifics such as preferred pipeline materials may differ, most of the talents our energy sector have mastered will still apply tomorrow with hydrogen. With a combination of policy and public pressure, we can channel Canada’s energy expertise toward an Alberta-inclusive climate-positive goal.

Climate advocates may worry that recalcitrant actors in Canada’s fossil sector, having pocketed Alberta’s premier, will refuse to change. This is an understandable concern. Fortunately, we have positive precedents.

Many of us have celebrated Ontario’s recently announced electric-truck factory. It would not have won this factory if it hadn’t already mastered the manufacturing of combustion vehicles. Had the province shut auto manufacturing down decades ago for locking in too much future pollution, it would have also locked itself out of the EV revolution.

In the fossil sector, Norway’s Equinor used its expertise building floating offshore oil and gas exploration platforms to become a leading developer of floating platforms for offshore wind turbines. Shell plans to use its large capital project management expertise to become the world’s leading generator of renewable energy by 2030, and purchased NewMotion, a European electric-vehicle charging network, part of a strategy to become a leading retail “fuel” provider for electric- and combustion-vehicle owners alike.

To finish with a favourite example of technology disruption, it’s widely known that the advent of digital cameras hastened Kodak’s bankruptcy. It’s not well-known that Kodak’s major rival Fuji has prospered; the company used its film team’s collagen expertise to enter the lucrative cosmetics industry. Many of us, myself included, have jeered Canada’s fossil fuel producers as Kodaks in the making; our continuing standoff is the result. What would we lose from collaboratively mapping a Fuji future other than our too-convenient conviction that everyone on the other side is a climate-change-denying cartoon-villain caricature?

I realize it’s a big ask — an enormous ask — to suggest we shift focus from boxing fossil infrastructure today to flipping industry into clean-energy production tomorrow. So let me emphasize that this carrot will still need a stick. It will take time for today’s fossil-energy infrastructure to be repurposed, retrofitted or replaced to produce, transport and dispense clean energy. We will need to bring policy and pressure to bear on buyers to switch fuels, too; would it not be refreshing for our governments to soon be promoting the benefits of switching to zero-emission Canadian energy exports instead?

For those for whom this is too large a leap, I hope we can still coalesce around a vision of Canada as a clean-energy superpower, with Alberta as a keystone. If nothing else, a sincere, positive narrative should help us focus with fellow Canadians on bridges we can build, rather than those that have been burned along the way.

Matthew Klippenstein contributed to the BC Hydrogen Report, recently released by the Ministry of Energy, Mines and Petroleum Resources. The full report and executive summary can be found on the ministry's website.

I, for one, am going to look

I, for one, am going to look at the BC Hydrogen Report.

As climate takes the stage at 100 debates across Canada, so does race