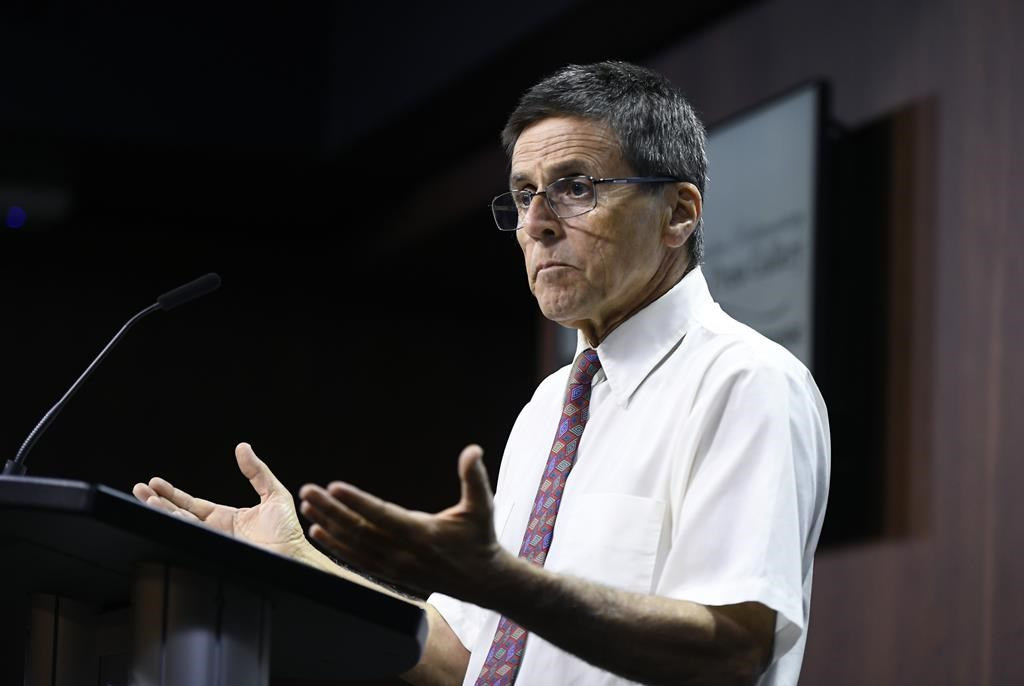 Hassan Diab responds during a press conference on Parliament Hill in Ottawa on July 26, 2019. File photo by The Canadian Press/Justin Tang
Previous story
Next story

Sociology professor Hassan Diab, who spent a decade fighting allegations of terrorism, is now battling in court for a copy of his Canadian citizenship certificate.

The 65-year-old Ottawa academic is asking the Federal Court of Canada to hear his plea for a replacement certificate after waiting 15 months for government officials to issue one.

Diab, who was born in Lebanon, argues the government has a public duty to provide the replacement, given that he has been a Canadian citizen since 1993.

The RCMP arrested Diab in November 2008 in response to a request by France. French authorities suspected he was involved in the 1980 bombing of a Paris synagogue that killed four people and injured dozens of others, an accusation he has always denied.

Following lengthy court proceedings, Diab was extradited to France where he spent three years behind bars, including time in solitary confinement.

In January last year, French judges dismissed the allegations against him and ordered his immediate release. He is now back in Canada with his wife and children.

Diab's citizenship certificate and other identification documents were seized by the RCMP pursuant to a search warrant executed in 2008, said lawyer Ayesha Kumararatne, who is representing Diab in the certificate case.

When Diab was released on bail in 2009, his health card and Ontario driver's licence were returned, she said. But his citizenship certificate was not returned and was later sent to France, she said.

Diab declared in his 2018 application to replace his citizenship certificate that he wanted a new copy because the original was seized by authorities, Kumararatne added.

"Therefore, he remains a Canadian citizen with all the rights and privileges such status carries, including access to basic identification documents, which in his case would include his Canadian citizenship certificate."

A prolonged fight to obtain a replacement is the "last thing" Diab should have to deal with after everything he has gone through, Kumararatne said.

In his filing this week, Diab seeks leave from the court to argue for an order requiring the minister of immigration, refugees and citizenship to make a decision on his application for the certificate.

Diab says he "has not been informed of any legal or other barriers to the timely processing" of his application, adding a reasonable time to comply has lapsed, amounting to an "implied refusal."

An external review of Diab's extradition case for the Canadian government concluded that federal lawyers who worked on the file "acted in a manner that was ethical and consistent" with law and policy.

Diab rejected the report, released earlier this year, as a "whitewash exercise."

Amnesty International Canada and the British Columbia Civil Liberties Association wrote to federal political leaders Sept. 30 looking for commitments from their respective parties to establish a full, judge-led public inquiry that addresses the injustices of the Diab case and the flaws in Canada's extradition system.

"Crucially, justice dictates that the inquiry be specifically tasked with determining appropriate redress for Dr. Diab and his family, including an official apology and fair compensation for Canada's part in the human-rights violations he suffered," the letter said.