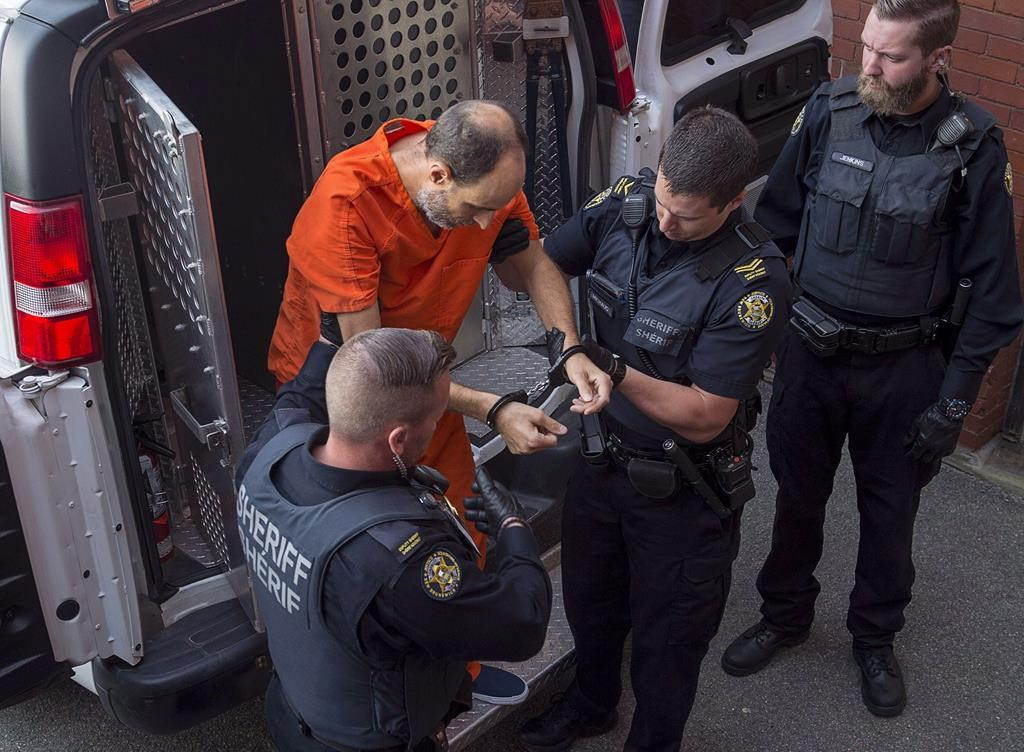 A jury in Fredericton has found that Matthew Raymond is currently unfit to stand trial on four counts of first-degree murder.

The four were shot to death outside an apartment complex on August 10th, 2018.

Fitness means that an accused understands the charges against him, the consequences of the case against him and is capable of instructing a lawyer.

Raymond will be sent for a 60-day treatment period where he will be given anti-psychotic medications to deal with his current condition. That treatment will be at one of two facilities in New Brunswick.

He will face trial on the murder charges once he is deemed fit.

During the hearing this week, the jury of four men and eight women heard from Alex Pate, an articling student who works for defence lawyer Nathan Gorham.

Woodside spent about 10 hours with Raymond — doing assessments in November 2018, March 2019 and Sept. 6 of this year.

The details of the testimony are under a publication ban.

Following the jury's decision, defence lawyer Nathan Gorham spoke outside the courthouse and said he was pleased with the verdict.

"We think it was a very fair decision, and we're pleased to see that one of the important safeguards in our system worked properly," he said.

"The fitness provisions allow the parties to raise the issue of fitness when there is reasonable grounds concerning whether the person by reason of a mental disorder is unable to participate in their defence, either by understanding the nature of the proceedings or by instructing their counsel," Gorham said.

"It ensures we only have to do trials once and avoids mistrials or appeals by ensuring that the trial is fair the first go-around," he added.

The lawyers and Court of Queen's Bench Judge Fred Ferguson have stressed that Raymond will eventually stand trial on the charges, and a new jury will have to be empannelled for that trial.

The case is now scheduled to return to court Dec. 4, following the 60-day treatment period.

Is Matthew Raymond fit to stand trial? Jury to decide.