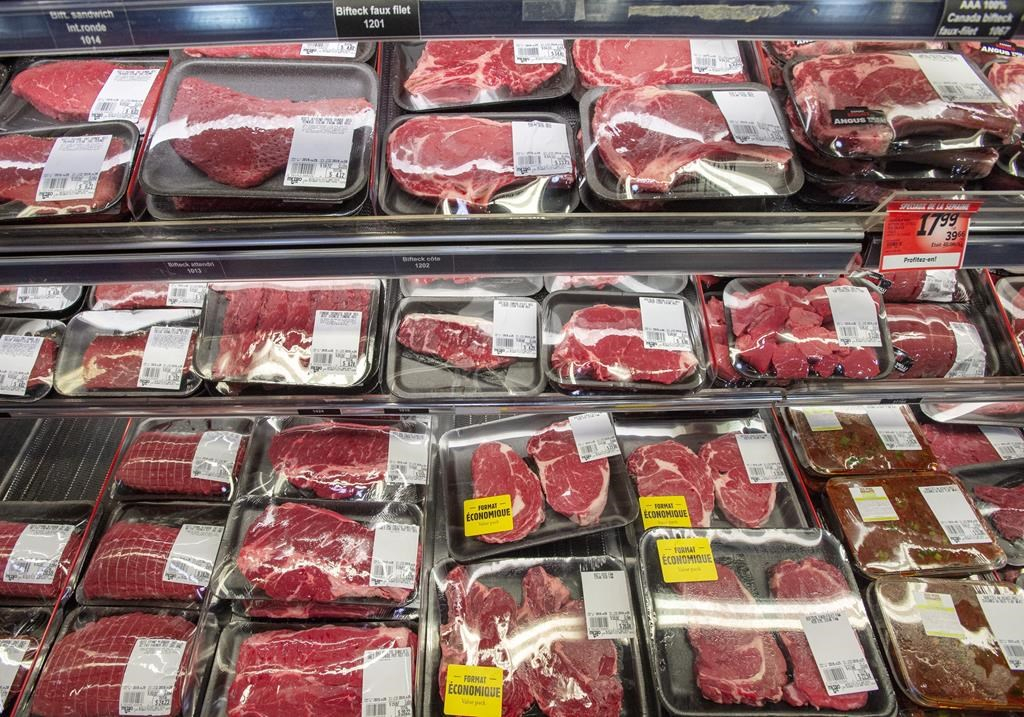 Cuts of beef are seen at a supermarket in Montreal on June 26, 2019. File photo by The Canadian Press/Ryan Remiorz
Previous story
Next story

A Canadian researcher who co-led a study that challenges well-worn advice to limit meat consumption has responded to criticisms he should have disclosed past ties to the global meat and food industry.

Dalhousie University's Bradley Johnston said Saturday that he followed the disclosure rules of the Annals of Internal Medicine, which published the work. They require him to reveal outside funding received within three years.

The Halifax professor and epidemiologist said the last time he received money from the International Life Sciences Institute, an industry trade group, was almost five years ago, and that he has cut all ties since.

However, a professor of nutrition and food studies at New York University said that while Johnston followed the letter of the disclosure rule in his red meat work, he "ignored its spirit."

Marion Nestle said Johnston's methodologies and conclusions on red meat are similar to his industry-funded work on sugar consumption, which also deemed the evidence to cut intake as weak. The Annals of Internal Medicine published that study in December 2016.

The team of 14 scientists in the red meat study concluded evidence that links this food to cancer, heart disease and other bad health outcomes is weak. They wrote that if there is a health benefit to giving up meat products, it's small.

This report by The Canadian Press was first published Oct. 5, 2019