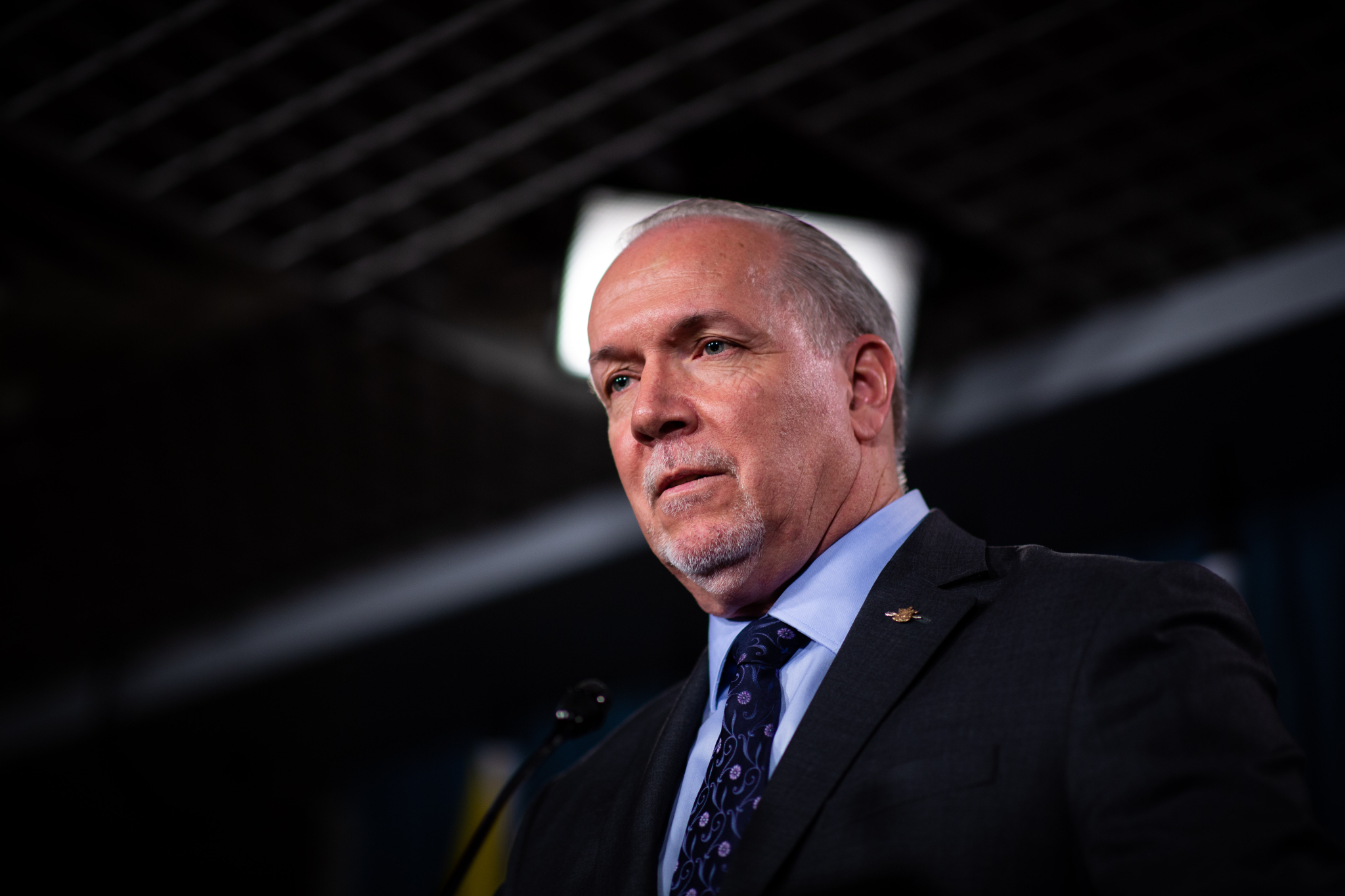 British Columbia Premier John Horgan says he hopes the retirement of the legislature's sergeant-at-arms will mark a turning point for the institution after allegations of misspending were first raised almost a year ago. File photo by Alex Tétreault
Previous story
Next story

A British Columbia cabinet minister who abruptly resigned last week says she has not been contacted by the RCMP and remains in the dark about the allegations that led to a criminal investigation of her conduct.

Jinny Sims said Monday she is not prepared to venture a guess on the nature of the investigation.

"I don't know what the allegations are in this instance and it would be inappropriate for me to start speculating," she said outside the legislature. "I am looking forward to finding out as much as anyone else."

Sims resigned as citizens' services minister on Friday as Premier John Horgan announced a special prosecutor had been appointed to help the RCMP in their investigation of her.

"I have to let the process play out and it is a process that will take its time," she said.

"I have every confidence in Jinny," he told a news conference at the legislature, citing her experience as the head of the B.C. Teachers' Federation and as an MP. "I'm confident she will be able to clear the air."

Sims said in a statement Friday that she was "confident" her name would be cleared and dismissed "previous public allegations" that were made against her as having "no credibility." She did not say what allegations she was referring to.

The Opposition B.C. Liberals have accused Sims of using personal emails to allegedly circumvent the province's freedom of information laws and of writing letters to support visa applications for 10 Pakistani citizens who were on a security watch list.

It is not known if the allegations about Sims's personal email or the reference letters are the subject of the RCMP investigation.

Sims has denied any wrongdoing in the use of her emails.

She told the legislature earlier this year that she did not see the final draft of the sponsorship letters, which were sent out with her electronic signature.

"I take responsibility for what happened," she added. "When I became aware of the issue, I immediately had a serious conversation with the staff to ensure that it would not happen again."

The RCMP has not commented on its investigation.

The prosecution service said Monday that it appointed a special prosecutor after receiving a formal request from the Mounties on Sept. 30 to consider such an appointment to give legal advice into allegations of criminal wrongdoing against Sims and "other persons unknown" to the service.

In the legislature on Monday, Liberal house leader Mary Polak asked Horgan if the government failed to properly investigate the allegations that were made in March.

"The minister has now resigned and is the subject of an active police investigation in relation to criminal wrongdoing," said Polak, who added that she also wrote to the RCMP, the Ministry of the Attorney General and the prosecution service. "Will the premier admit he and his government were wrong to have dismissed these allegations in the first place?"

Horgan said an examination of the Liberal allegations were reviewed and produced nothing.

"We did an investigation of some of the other issues that were raised, found no evidence, and at that time advised the Opposition that if they had more to say, they should talk to the RCMP," he said.

Horgan said he heard nothing further until Friday when Attorney General David Eby told him of the appointment of a special prosecutor.