Southern Alberta man files counterclaim against intruder he shot in 2018

By The Canadian Press in News, Politics | October 9th 2019 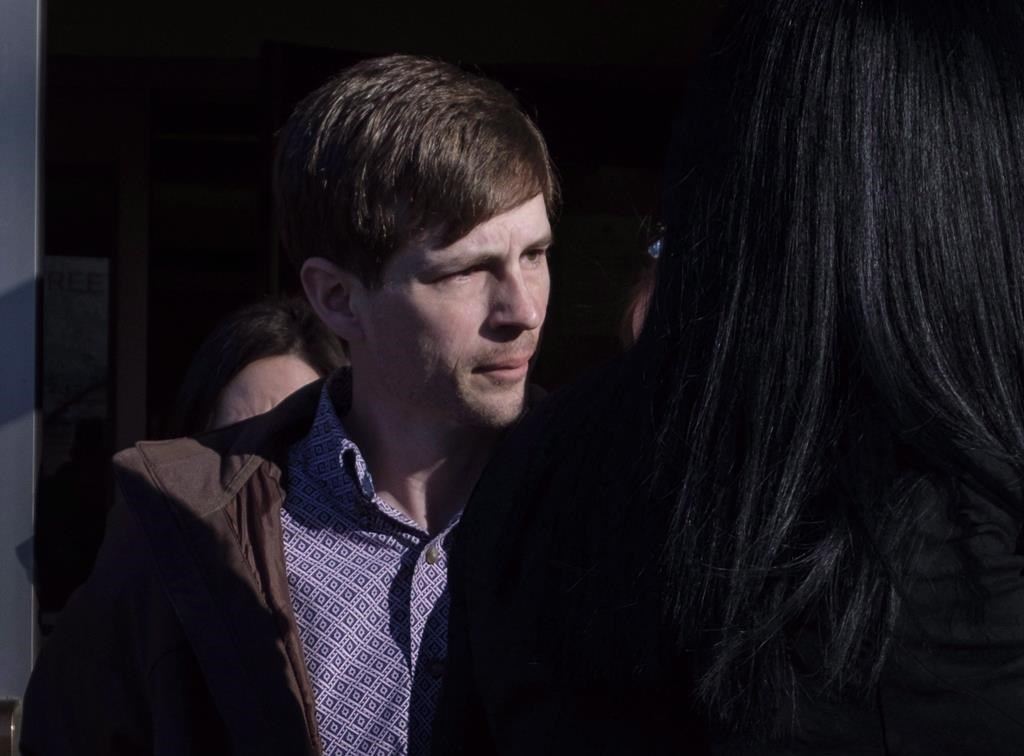 Edouard Maurice leaves court in Okotoks, Alta., on Friday, March 9, 2018. A southern Alberta man who is being sued by an intruder he shot on his property last year has filed a counterclaim for mental anguish. File photo by The Canadian Press/Jeff McIntosh
Previous story

A southern Alberta man who is being sued by an intruder he shot on his property last year has filed a counterclaim alleging mental anguish.

Court documents filed on behalf of Edouard Maurice say he suffered mental distress, anxiety and nightmares as a result of his confrontation with Ryan Watson on Feb. 24, 2018.

Maurice's counterclaim for financial damages says his wife also required counselling due to the trauma and later suffered a miscarriage.

He says he continues to worry about the safety of his wife and two daughters.

Maurice also says the confrontation with Watson has hurt his pet resort business near Okotoks, Alta., and has caused him to lose employment income.

Statements of claim contain allegations that have not been proven in court.

"Mr. Maurice and his family continue to suffer from lingering mental stress and anxiety due to the criminal incident," reads the claim filed in Calgary court Tuesday.

"Mr. Maurice seeks: an order that Mr. Maurice is entitled to an award of punitive damages as against the criminally convicted trespasser is such an amount as may be determined at trial."

Maurice is also asking the court to dismiss the lawsuit that Watson filed against him.

In his statement of claim filed last month, Watson says he was struck in the arm by a warning shot when he went onto Maurice's property. Watson is seeking damages for pain and suffering, and for loss of income.

Watson pleaded guilty earlier this year to mischief and breaching probation. He was sentenced to 45 days jail, but was released due to time he had spent in custody before trial.

RCMP also charged Maurice with aggravated assault and weapons offences, but the Crown stayed the case against him a few months later, citing a low probability of conviction.

Earlier this month, Alberta Premier Jason Kenney said he contributed $100 to an online fundraising campaign that has so far collected more than $42,000 for Maurice's legal defence.

Kenney said it was legitimate for him to make the contribution as a citizen and encouraged others to pitch in to help Maurice and his family.

This report by The Canadian Press was first published Oct. 8, 2019.