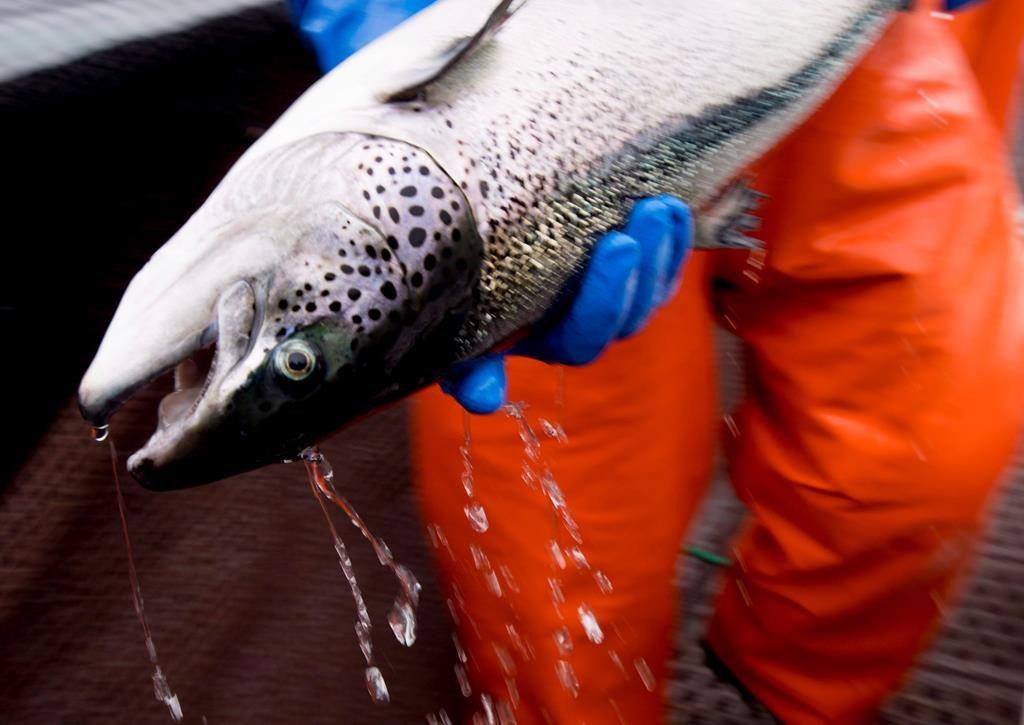 An Atlantic salmon is seen during a Department of Fisheries and Oceans fish health audit at the Okisollo fish farm near Campbell River, B.C. on Wednesday, Oct. 31, 2018. File photo by The Canadian Press/Jonathan Hayward
Previous story

Provincial Fisheries Minister Gerry Byrne says an independent review will be carried out after a mass die-off at a southern Newfoundland salmon farm as the government looks at changing its aquaculture regulations.

Byrne says the review will be conducted by Memorial University of Newfoundland's Marine Institute.

He says his department is also changing regulations under the Aquaculture Act to compel aquaculture companies to disclose information publicly when a major mortality occurs.

Byrne says Northern Harvest Sea Farms first reported what he says was a "mass mortality event" to the province on Sept. 3.

The company has attributed the deaths to lack of oxygen as the fish clustered together while seeking relief from higher-than-usual water temperatures.

Earlier this week, NDP member Jim Dinn asked Byrne for an investigation to be carried out by Environment and Climate Change Canada, or an environmental consulting firm paid for by the company.

This report by The Canadian Press was originally published Oct. 11, 2019.

By The Canadian Press | News, Politics | October 8th 2019
State Of The Animal