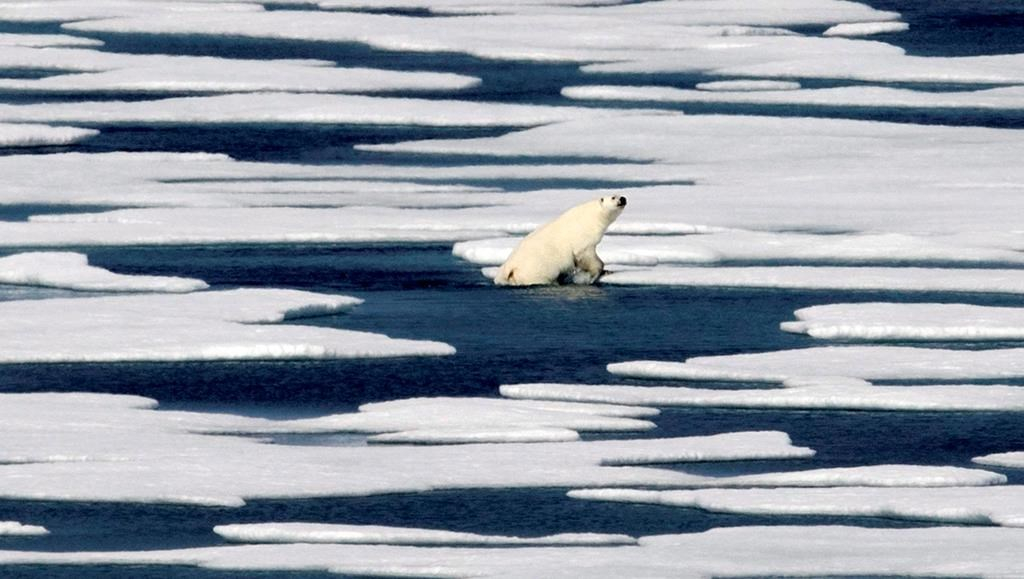 In this Saturday, July 22, 2017 file photo, a polar bear climbs out of the water to walk on the ice in the Franklin Strait in the Canadian Arctic Archipelago. File photo by The Associated Press/David Goldman
Previous story
Next story

Canada's medical professionals are presenting a solid front during the federal election campaign to urge political parties to take climate change seriously as a public-health issue.

"From a population health basis, it is the most critical problem that we're facing," Sandy Buchman, president of the Canadian Medical Association, said Thursday.

The groups represent 300,000 health professionals across Canada, including medical officers of health responsible for more than half the country's population.

Climate change is already having a big impact on public health, the letter says.

"We don't use words like climate emergency lightly," Buchman said. "We're using stronger language because we actually do feel the evidence supports it."

Insect-borne illnesses such as Lyme disease have already appeared in British Columbia, Alberta and Ontario where they never were before.

"About 2,000 Canadians a year suffer the impacts of that," said Robin Edger of the Canadian Association of Physicians for the Environment, which circulated the letter.

The World Health Organization lists climate change as the top health threat of the century.

Buchman — who works in palliative care for seniors and with the homeless — says the impacts fall hardest on the poor.

"These things affect vulnerable and marginal populations a lot greater than they effect the more well-to-do."

Yet the issue is usually only discussed in economic terms, he said.

"We haven't heard about the health impacts. That's the kind of attention that we want to bring to it."

"These have been developed over time and are felt to be the most impactful," Buchman said. "This is based on scientific evidence."

The letter says the world is running out of time. "By the time today's toddlers are in high school, our window for the most effective action will have closed."

A similar letter with the same recommendations — but with fewer signatories — was released in February. Edger said he was able to meet with all major parties to discuss it — except one.

"The Conservatives wouldn't meet with us," he said. Their party's platform doesn't include a price on carbon.

Edger said it wasn't difficult to get the different groups to sign the letter. "It was like pushing on an open door."

"This is one area where we can be unified, because the science is so good," said Buchman.

Why we need environmental rights