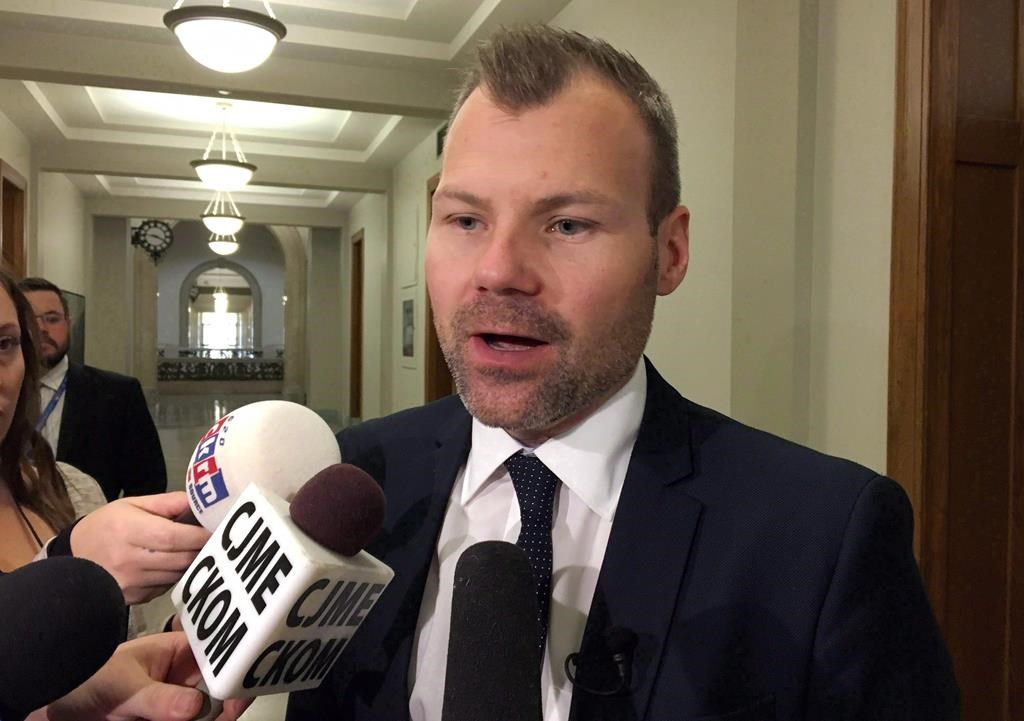 Saskatchewan is launching a new request for proposals to add up to 300 megawatts of wind power generation capacity.

Environment Minister Dustin Duncan, who is responsible for Crown-owned SaskPower, says the process will help the province quadruple its wind power when the successful project or projects come online in late 2023 or 2024.

Speaking at the Canadian Wind Energy Association conference in Calgary, Duncan says the province is committed to growing its renewable energy sector despite its opposition to the federal government's carbon tax, which federal Conservative leader Andrew Scheer has vowed to cancel if elected Oct. 21.

The plant near Assiniboia in southern Saskatchewan is expected to come online in 2021.

"Up to about 16 per cent of our generation capacity will be wind and currently we're at about four per cent," said Duncan.

"So we're in the process of quadrupling our capacity and our goal is that renewables will make up to 50 per cent of our generating capacity by 2030."