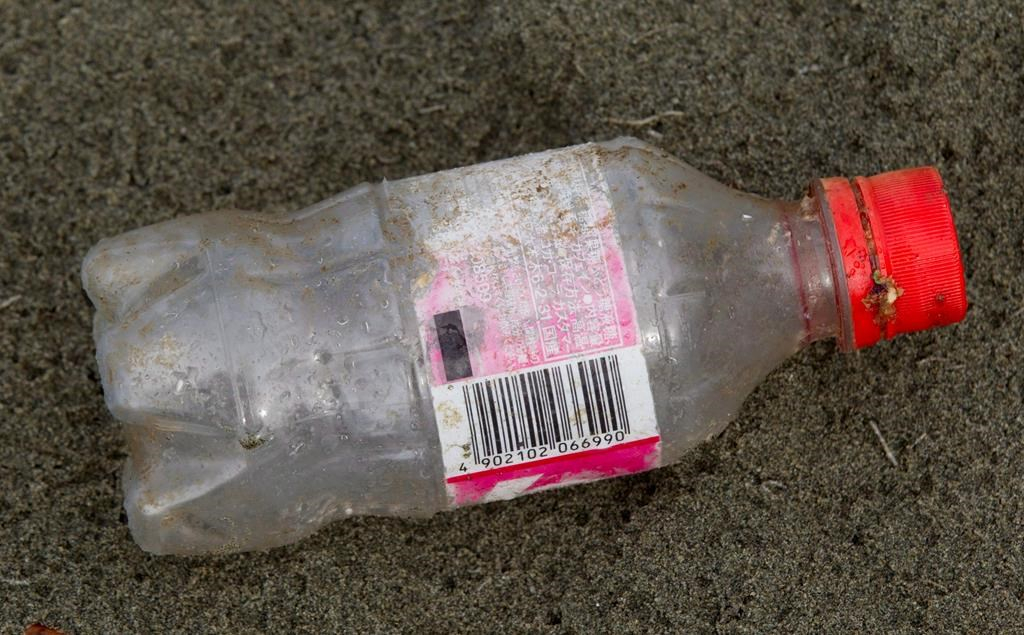 Ocean debris believed to be from Japan is posed for a photograph on Long Beach in Tofino, B.C. on April, 18, 2012. File photo by The Canadian Press/Jonathan Hayward
Previous story
Next story

A Canadian wildlife researcher is among the authors of a recent study that suggests cargo ships are an important source of plastic bottles littering the South Atlantic Ocean.

The study questions "the widely held assumption that most plastic debris at sea comes from land-based sources."

Robert Ronconi, a Halifax-based biologist with the Canadian Wildlife Service, helped prepare the paper for the Proceedings of the National Academy of Sciences.

The team analyzed 2,580 plastic bottles they found last year on a kilometre of beach on an uninhabited island about halfway between South America and Africa, as well as another 174 that washed up over the next two-and-a-half months.

The paper concludes almost three quarters of the bottles that were originally on the beach, and 83 per cent of those washed up during the study, were made in Asia, with most from China, and that they had been manufactured within the previous two years.

The researchers say that suggests the bottles couldn't have floated that far without having being transported part of the way by ships.

Dumping bottles into the sea is a violation of the International Convention for the Prevention of Pollution from Ships regulations.