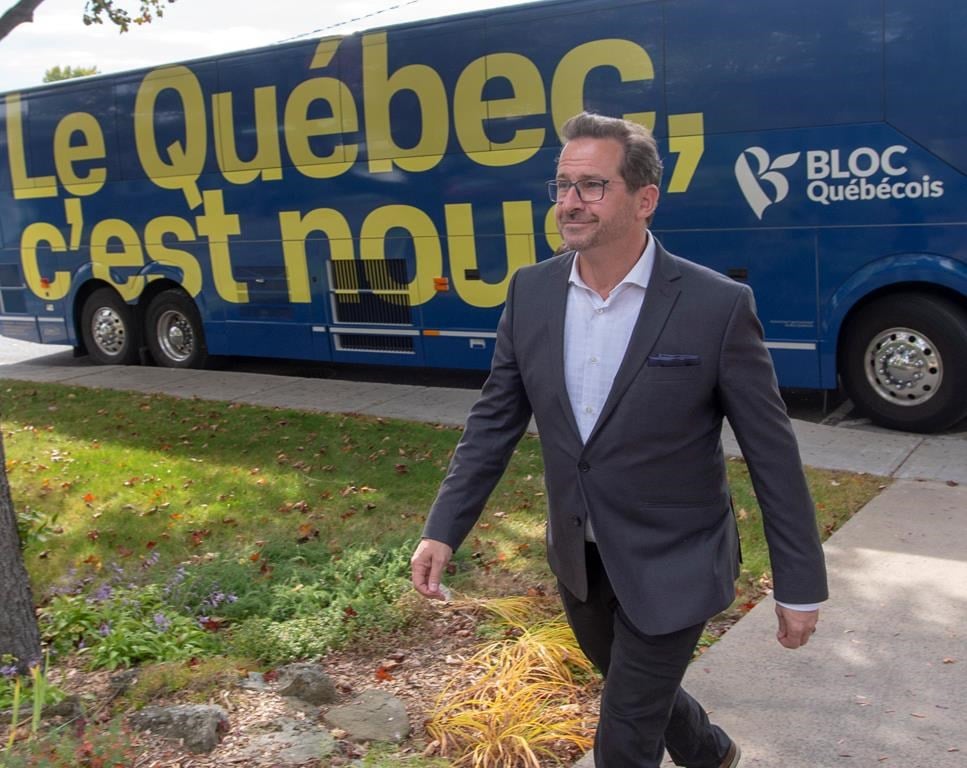 Bloc Quebecois Leader Yves-Francois Blanchet says the recent Conservative push for votes in Quebec is too little too late as the prospect of a minority government looms.

Blanchet compared Tory Leader Andrew Scheer today to a desperate boyfriend expressing his love for a scorned partner after they had already shown him the door.

The Bloc leader was referencing Scheer's recent campaign stops in Quebec, where the Conservative leader gave a rousing speech to supporters highlighting promises specific to the province's voters.

Blanchet says his own party is gaining support at the expense of the Conservatives — comments that are backed up by recent polling.

Polling suggests the Bloc's rise is raising the prospect of a Conservative- or Liberal-led minority government after the Oct. 21 election.

Blanchet is refusing to commit to propping up any potential minority government, instead vowing to look at proposed legislation piece-by-piece.