By Lauren Krugel in News, Politics | October 16th 2019
#1117 of 1256 articles from the Special Report: Race Against Climate Change 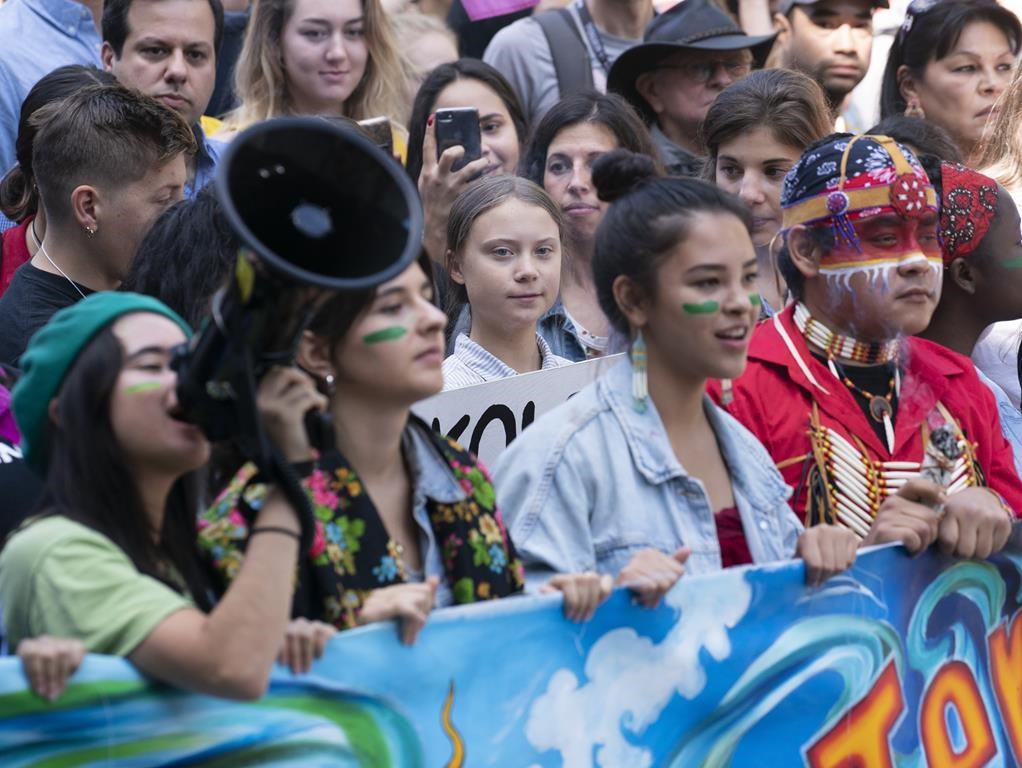 Alberta Premier Jason Kenney said he hopes Swedish climate campaigner Greta Thunberg is warmly welcomed in Edmonton on Friday, but there are no plans to meet with her.

Climate Justice Edmonton announced Wednesday that the 16-year-old Stockholm student will join a march from a downtown Edmonton park to a climate strike rally at the Alberta legislature.

"We hope that she gets a warm welcome even from people who disagree with her," Kenney said.

The teen has been making international headlines for lambasting world leaders who she accuses of letting down youth by doing too little to tackle climate change.

Kenney said Thunberg has not asked for a meeting and he has scheduled a visit Friday to a power plant near Edmonton that is switching from coal to cleaner natural gas.

He said he hopes Thunberg recognizes efforts made by the province's oil and gas industry to reduce its emissions.

Kenney added the world continues to depend on fossil fuel energy and it's better that Canada supply it rather than countries such as Saudi Arabia or Russia.

"I'd hold out hope that anybody would be willing to look at the objective data, which is that Alberta has the highest environment, human rights and labour standards of any other major energy producer on Earth."

Environment Minister Jason Nixon said he's not aware of anyone from government attending Friday's rally and he won't be meeting with Thunberg.

"I don't think that's the most productive use of the government's time," he said. "We have not been asked to meet with this individual and we will continue to focus on the hard work that we're doing for Albertans."

Opposition NDP Leader Rachel Notley said members of her caucus were at another climate rally at the legislature last month and it's possible they will be there on Friday as well.

"I think it's quite ridiculous that the minister of environment wouldn't be there," she said. "I think that whether they agree or not, they should be there to talk to them."

Notley said she was "appalled" to see pro-oil signs placed in legislature windows at the last climate rally as a means of "trolling" protesters.

Edmonton Climate Strike organizer Olivier Adkin-Kaya said there is a lot of excitement among environmentalists about Thunberg's visit, but he recognizes many in Alberta don't embrace her views.

"People are saying hopefully she's going to China, hopefully she'll go to Saudi Arabia, where the human rights are being violated," he said.

"But it's really important we take a place of leadership globally and show that yes, it can be done. We can reduce greenhouse gas emissions and prevent the irreversible catastrophe of the climate crisis."

Thunberg spent part of Wednesday in Calgary. Mayor Naheed Nenshi said he just missed her downtown while he was on the way to a noon-hour speech.

"Someone who had seen her go past said, 'Hey, Greta Thunberg is a couple blocks up the street,'" Nenshi said. "One of my colleagues went up and said hello and welcome and gave her my card and said, 'If you have time when you're back in Calgary, we'd love to chat.'"

She was only in Calgary for a couple of hours before heading to Edmonton, he said.

Nenshi added that he is concerned about some angry reactions to her visit.

"I will tell you that I'm a bit disturbed by some of the language I'm seeing saying she's not welcome here, casting aspersions on her," he said. "Why would you do that?"

Chief Lee Crowchild of the Tsuut'ina Nation west of Calgary said Thunberg is welcome to visit, just like any high-profile visitor would be.

"I hope her visit is not just a flyover, but a genuine effort to learn how Canadians contribute to climate solutions," he said in a statement.

"It is possible to balance the goals of development, and protection of the environment."

— with files from Dean Bennett, Daniela Germano and Bill Graveland.

By The Canadian Press in News, Politics | October 14th 2019
Opinion