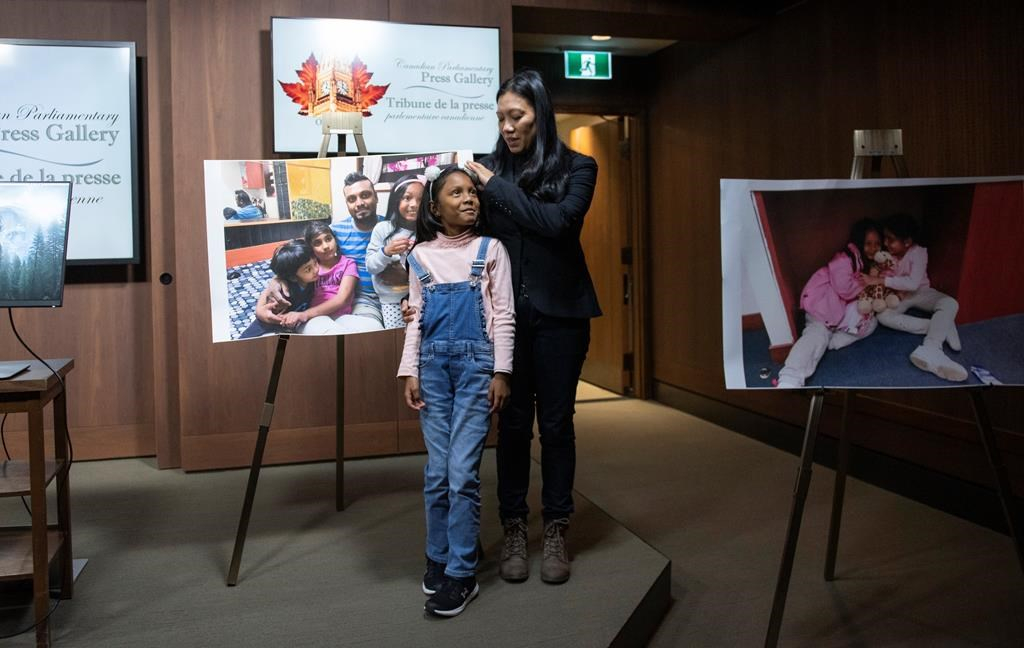 Vanessa Mae Rodel and her daughter Keana Kellapatha, 7, are seen after a press conference on the status of the "Snowden Refugees", Keana's father and siblings that remain in Hong Kong, in Ottawa, on Wednesday, Oct. 16, 2019. Photo by The Canadian Press
Previous story

On Wednesday she was on Parliament Hill with daughter Keana, begging the federal government to give the same refugee status to the other five, including her daughter's father and two half-siblings, their mother and another man.

The group offered shelter and other help for a few weeks to Snowden in 2013, who is wanted in the United States for leaking classified documents from the National Security Agency that exposed the scope of massive American government surveillance operations.

The lawyers say the remaining five applied for refugee status in Canada in 2017 and have exactly the same case as Rodel and her daughter did.

Rodel made a similar plea in May, two months after arriving, but nothing has changed in the others' cases since then, the lawyers said.

Robert Tibbo, the Montreal human-rights lawyer who helped arrange for Snowden to stay with the refugee families in Hong Kong, said Wednesday he wants the current government to approve the refugee claims before Monday's election.

"My daughter needs her whole family here in Montreal," Rodel said Wednesday. "She dreams of her father and sister and brothers being with her. Their absence is causing harm to her."

Rodel is originally from the Philippines. The remaining refugees are from Sri Lanka and face deportation to their home country, where the lawyers say they face persecution. Her daughter, and her daughter's two half-siblings, are all stateless, born in Hong Kong as refugees. Their asylum claims in Hong Kong were rejected in 2017 when a Hollywood movie led to their outing as the people who sheltered Snowden before fled to Russia.

Tibbo and the other lawyers say the refugee cases were filed during Trudeau's first term and he has a responsibility to make a decision before the election possibly hands power to a new prime minister.

They argue that Canada's delay of their case is because the authorities don't want to risk upsetting the U.S. government, though they had no specific evidence to that end other than the fact Trudeau and his foreign-affairs minister, Chrystia Freeland, have met other high-profile refugees arriving in Canada.

They also said they don't trust the Conservatives would agree to grant asylum if leader Andrew Scheer becomes prime minister.

However they based that in part on saying incorrectly that in 2015, the Conservatives were in power when Canada rejected the asylum claim of Alan Kurdi's family. The photo of the child lying dead on a beach in Turkey as his family tried to flee Syria caused a stir in the 2015 campaign, but ultimately it was discovered his parents had not applied to come to Canada, though other relatives had.

'Snowden refugee' living in Montreal calls on Canada to accept others