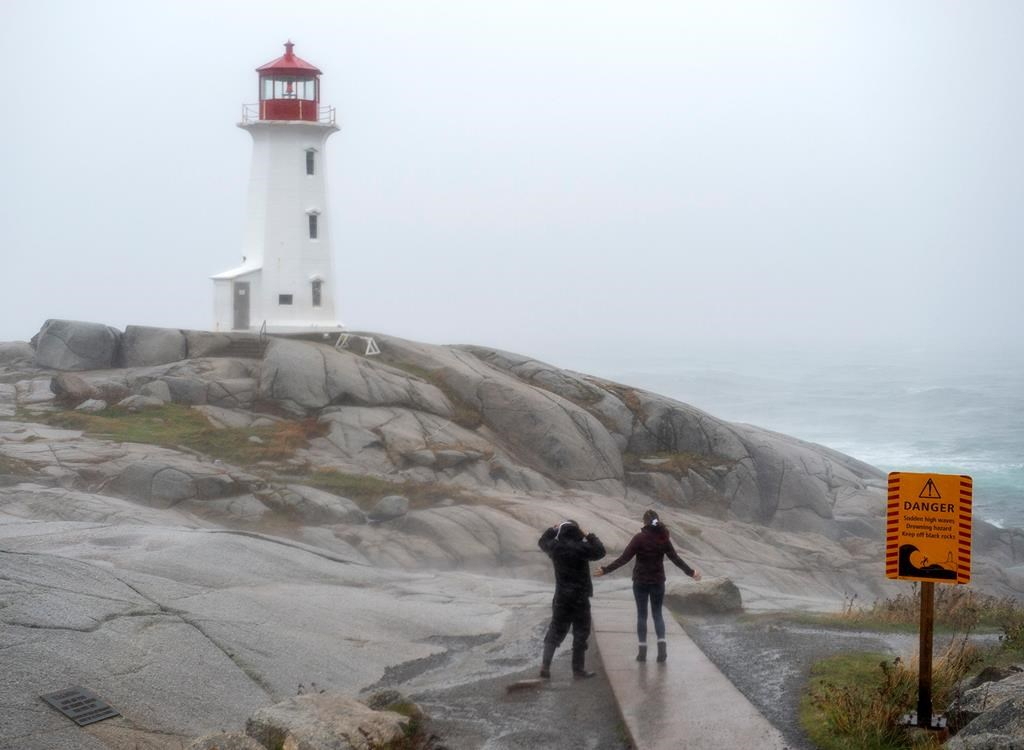 Visitors to the lighthouse in Peggy's Cove, N.S. brave the elements as a major storm lashes the region on Thursday, Oct. 17, 2019. Photo by The Canadian Press/Andrew Vaughan
Previous story
Next story

Thousands of Maritimers lost power on Thursday as a slow-moving fall storm crawled through the region, bringing downpours, powerful gusts and downed trees.

Nova Scotia Power was reporting more than 33,000 customers without power as of just after 2 p.m. local time.

NB Power was coping with more than 13,000 outages by 2 p.m., while P.E.I.'s Maritime Electric was listing just a few outages.

He said rain warnings were in effect for some parts of the region, with amounts expected to hit 50 to 70 millimetres.

Before hitting the Atlantic provinces, the storm packed a powerful punch in New England.

Gusts in Cape Cod, Mass., where about 200,000 residents lost power, were reported to reach speeds of 140 kilometres per hour.

In Portland, Maine, the atmospheric pressure at sea level — an indicator of the strength of a storm — was the lowest ever recorded in October, said William Watson, a meteorologist with the U.S.National Weather Service.

The storm was expected to gradually shift east over Cape Breton in the late afternoon and evening, while Newfoundland's Avalon Peninsula can expect some strong evening winds as well.

Some flights were delayed or cancelled at the Halifax Stanfield International Airport.