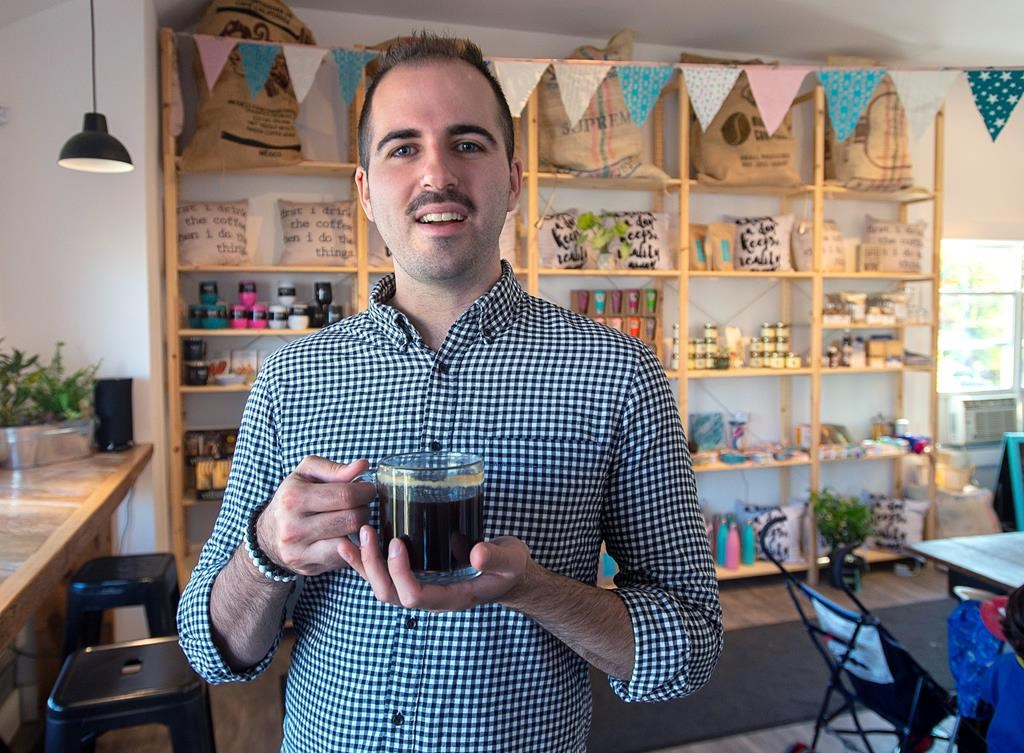 Jason Selby takes a break in his cafe in Dartmouth, N.S., on Monday, Oct. 16, 2019. File photo by The Canadian Press/Andrew Vaughan
Previous story

A Halifax coffee shop owner who says he tried for more than four months to evict a tenant he called a "professional squatter" is calling for reforms to Nova Scotia's tenancy laws.

Jason Selby says he retook possession late Tuesday of the home Nadav Even-Har and his family had occupied, the day after a Nova Scotia Supreme Court judge ordered the tenants to leave.

Court records and interviews indicate Even-Har has previously followed a pattern of not paying rent, appealing court orders to depart and delaying evictions for months.

"I just can't believe that our legal system allows him to do this to people over and over again," Selby said in a telephone interview.

The owner of Selby's Bunker said without the nearly $10,000 Even-Har owed him, he was forced to sleep at his business or at friends' homes in order to make mortgage payments on the home he was renting out.

Patricia Arab, the minister responsible for Service Nova Scotia, said the Even-Har case has led her department to look to other jurisdictions for guidance on how to avoid similar incidents.

"Even if it's just this one individual ... it's opened up an issue that's an important one to address so we don't get to a point where people are using this loophole in the Residential Tenancies Act to avoid rent," she said.

The winding story of legal delays in Selby's case began months ago.

Selby, 31, said when he first met Even-Har, he was driving an expensive car and presented advance rent cheques. Those turned out to be from closed accounts, and from June 1 onwards, no rent was paid, Selby said.

Instead, Selby found himself following the provincial eviction process. He gave the family a 45-day grace period, then applied to Service Nova Scotia for eviction. Two weeks later, he filed for a hearing before a residential tenancy officer. When Even-Har didn't appear, he was ordered to pay more than $5,000 in rent and to leave by Sept. 1.

However, the family didn't depart, and Even-Har appealed to small claims court. When Selby showed up for the hearing, Even-Har again wasn't present, and the landlord said he was granted a court order to evict him.

Selby moved the family's belongings out of the house, but police allowed the tenant to move back in. Even-Har turned to the Nova Scotia Supreme Court, which allowed him to re-enter the home again until an October court hearing. It was that hearing that led to the final eviction this week.

Meanwhile, other landlords have recounted similar experiences involving the tenant. Lori Sampson, a former landlord who rented her home to Even-Har's family, said in an interview the experience badly damaged her finances.

"A sheriff's office removes him, and then he can appeal in a higher court and they let him back in .... I don't understand it," she said.

Even-Har didn't respond to an email from The Canadian Press but has told the CBC he regrets his actions and has suggested he could eventually repay former landlords who had him evicted.

Caryma Sa'd, a lawyer who represents both tenants and landlords in Ontario, said this and other cases erode the trust that underlies the owner-renter relationship.

"People feel that burn and are more reluctant to find tenants .... Also, when a small landlord has been burned, it can be difficult to recover the losses," she said in an interview from her office in Toronto.

Sa'd said solutions to the problem are difficult because it's important not to eliminate legal rights solely because a tenant is a repeat offender. Creating a "blacklist" of tenants who skip rent could end up defining people by past behaviours they may have changed, she said.

The lawyer said one solution could be to start publishing names in residential tenancy decisions, helping alert landlords — and renters — to repeat offenders. The names in those decisions are currently not accessible in Nova Scotia or Ontario.

Meanwhile, for Selby, the process of rebuilding his finances is just beginning. "I've arrived at the point where the house is finally vacant after over four months," he said. "I have to start over."