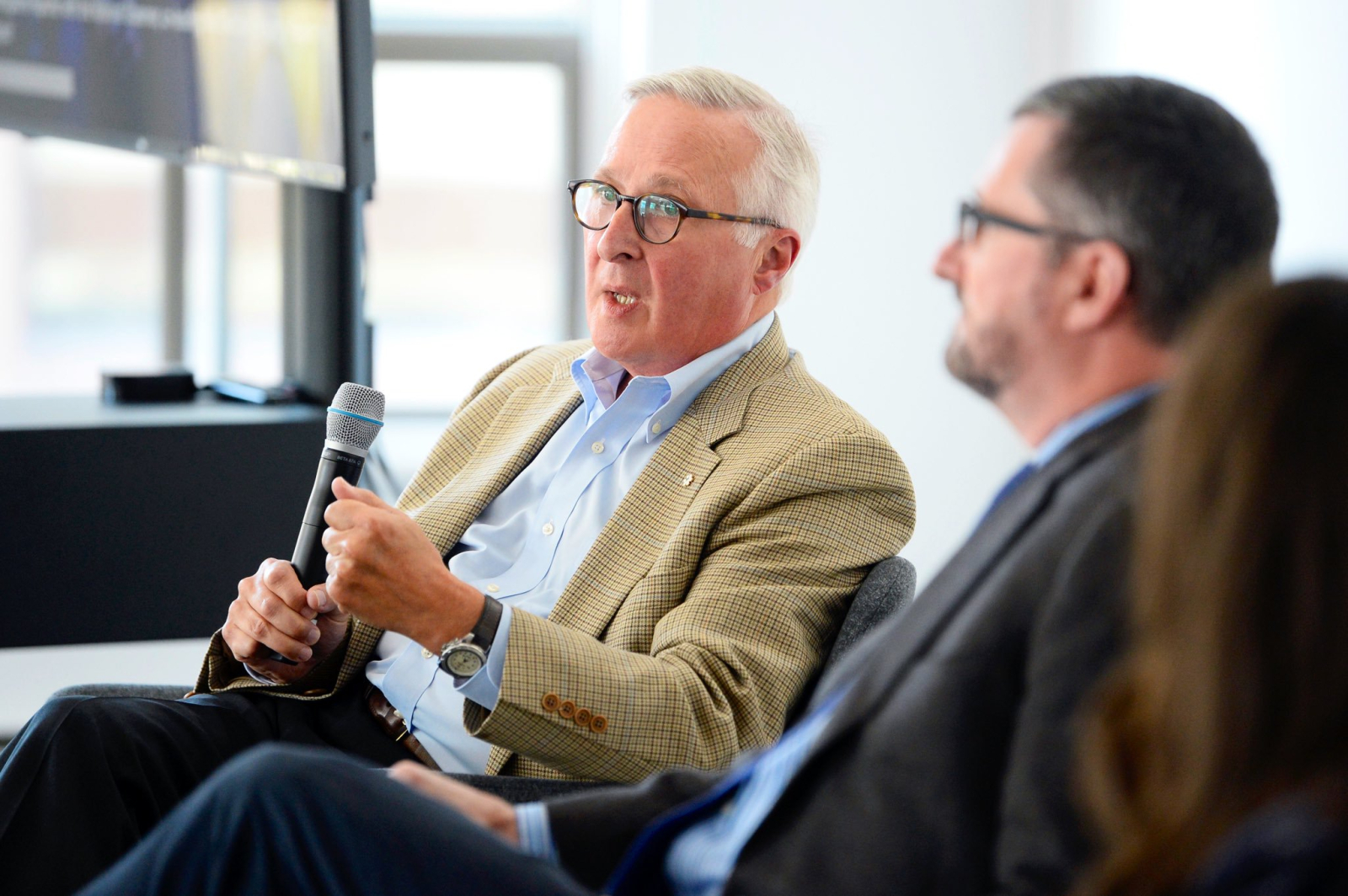 Canada’s election integrity task force should be granted an expanded mandate and a more visible public persona for future votes, according to former spy chief Richard Fadden, who said the light of day is the best antidote to misinformation.

The task force was created earlier this year so national security agencies could report potential threats to a panel made up of the clerk of the privy council — Canada’s top civil servant — plus the prime minister’s national security adviser and deputy ministers from the Justice, Public Safety and Foreign Affairs departments.

“I would broaden the mandate of a task force like that the next time around to any influence that is secret,” he said in a phone interview. “If you know who the heck's trying to misinform you, you can make your own judgments.”

That could include lowering the threshold at which the group decides to go public with concerns, removing the need for unanimity among its members before such statements are released, and appointing an elder statesperson as spokesperson, he said.

The panel has not issued any statements so far in this campaign, despite the appearance of several widely-circulated fake stories, including one that falsely claims Prime Minister Justin Trudeau left a former teaching job due to a sex scandal.

“I think it probably needs to be made more robust, because I don't think concerns about misinformation and false information are going to go away,” he added. “They're going to get worse as we go along, until we find some way of sorting through exactly how to handle them.”

Fadden, who served as the head of the Canadian Security Intelligence Service spy agency from 2009 to 2013 and now advises clients of Capital Hill Group on national security and other issues, also said he suspects the Chinese government is doing all it can to sow confusion about the information voters need to make informed decisions at the ballot box.

“They've passed legislation that requires their citizens and their companies to assist in information gathering,” he said of China’s government. “I think there is a fair bit of evidence that they continue to use their diaspora and others in order to advance their interest.”

He said it was a delicate balancing act to raise these concerns without alienating or ostracizing all Canadians of Chinese descent, most of whom have no particular desire to advance China’s political agenda.

“The key here is to be as open as we possibly can to provide as much information as we can, and be careful,” he said. “But I don't think the national interest would be saved by our sticking our heads in the sand and not recognizing there's a problem.”

The CBC reported this week that Chinese social media company WeChat is allowing election ads to run on its platform without setting up a digital ad registry as required by Canadian law.

“I would broaden the mandate of a task force like that the next time around to any influence that is secret. If you know who the heck's trying to misinform you, you can make your own judgments.” said Former CSIS director Richard Fadden.

Fadden warned back in 2010 that an unnamed country widely assumed to be China had infiltrating Canadian political circles and was influencing public servants, and earlier this year penned an op-ed arguing that Chinese telecom company Huawei should be banned from helping build a next-generation mobile phone infrastructure.

A former ambassador to China, David Mulroney, said last month that Beijing’s rise as China as an economic and geopolitical power was a major reason why he was calling for the creation of a registry of the work Canadians do on behalf of foreign governments.

Fadden backed this line of thinking, suggesting Canada look to the example of Australia, which recently introduced new foreign-influence transparency laws in response to concerns about Chinese government influence in Australian politics.

There's plenty of misinformation in plain sight: but no one calls anyone on it. I'm thinking about the false claims of the CAPP ads here in Ontario, before the election.
There are laws about lying in advertising, but they're not enforced. Same as false statements in media.
Foreign actors spreading disinformation is one thing: but what about the domestic ones?