Jagmeet Singh: Vote for what you believe in 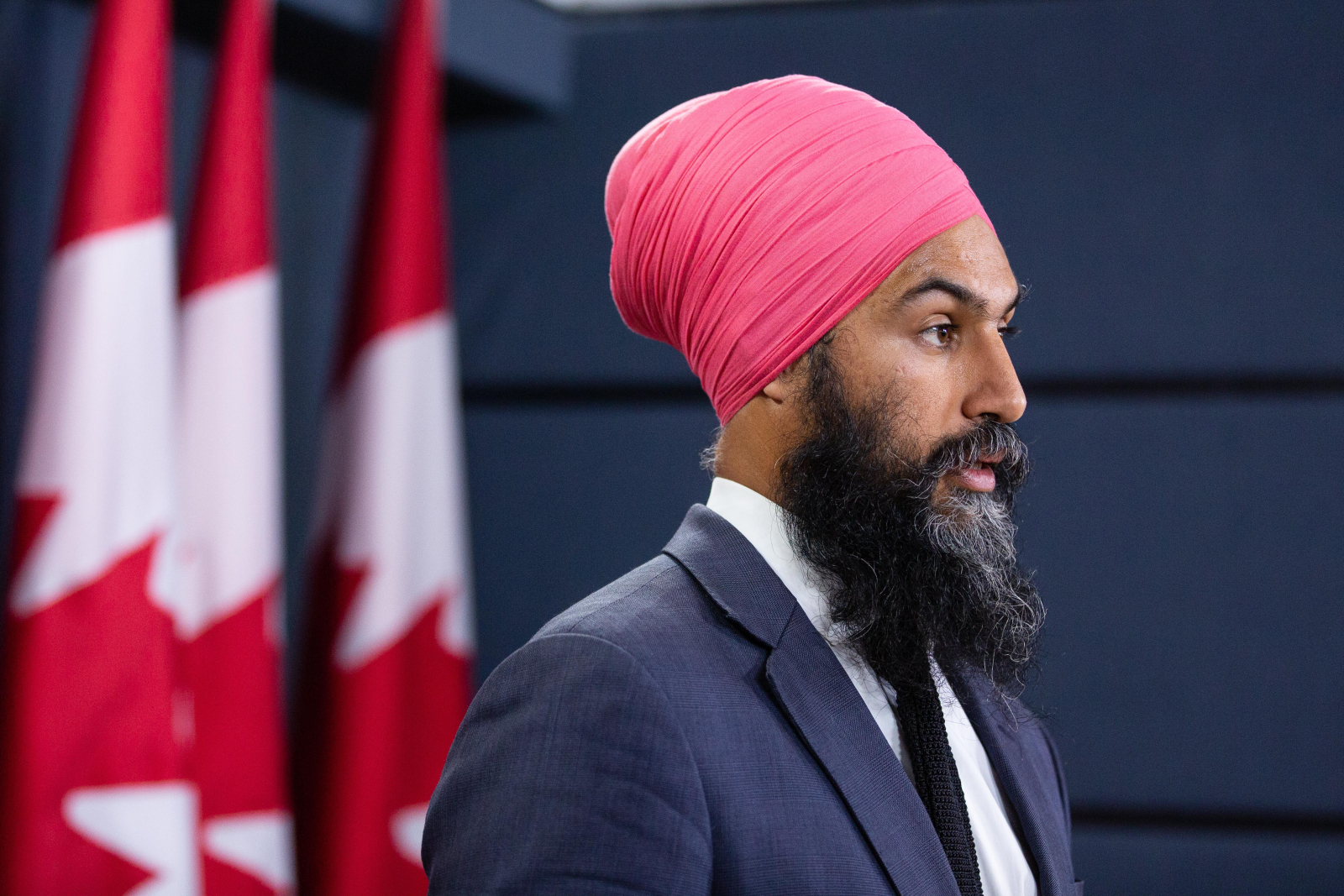 This election is not just about how we want our government to work, but who we want it to work for.

For four years, Justin Trudeau has chosen to make life easier for the wealthy and well-connected, and that’s let a lot of people down.

I think about the boy I met who is bravely battling an illness, and who relies on expensive medication. He told me he’s not worried about his own health — he’s worried about the financial burden he feels he's putting on his mom and dad.

For the next generation, so much more is on the line. The very future of the planet. The flooding, the wildfires, and the destructive storms are just the beginning of the climate crisis.

In 2015, Justin Trudeau promised that he’d be a different kind of prime minister. He talked a really good game. But now we know, his pretty words and speeches didn’t match what he was up to behind closed doors.

Rather than fighting for people, Mr. Trudeau chose to fight for corporations.

Rather than introducing pharmacare for families weighed down by the price of prescription drugs, Mr. Trudeau chose big pharma companies who are already making record profits.

Rather than investing in people — with rental benefits or building more affordable homes — Mr. Trudeau chose to write off $6 billion in corporate loans and give the wealthiest corporations another $14 billion in tax breaks. He could have cracked down on foreign speculation and money laundering. He chose not to.

And rather than fighting climate change like we want to win, Mr. Trudeau bought a $4.5-billion pipeline.

He chose big polluters over the young people who are worried about what kind of earth they’re being left to live on. All while time was running out on our kids’ futures.

The thing is, I’m still filled with hope.

I believe Canada can be a leader in fighting back the impacts of the climate crisis, and the science shows we can make a difference if we act now. My New Deal for Climate Action creates at least 300,000 new green jobs, and puts billions of dollars into the economy. So fighting climate change not only helps the planet, it also helps our economy and generations of workers and families.

I know we can implement a universal pharmacare program right away, so your pharmacy will take your health card instead of your credit card — and we can do the same for a dental care plan.

We can build 500,000 new units of affordable housing and create a rental benefit to help another 500,000 households being squeezed by high rent. We can wipe out the interest charges on student loans — current and future — so that young people can get a better start.

In short, the system is rigged. We can un-rig it.

That’s why I’m fighting for a Super Wealth Tax. My plan will have those with fortunes over $20 million pay a little more. I’ll close the tax loopholes, and stop letting multi-millionaires and big corporations get away with using offshore tax havens to avoid paying taxes. Because when the very wealthy and well-connected finally start paying their fair share, everyday Canadians will get a fair shake.

I work for you.

Justin Trudeau is telling you that you have no choice in this election. But you have a choice. New Democrats will stop the Conservatives from forming government on Oct. 21 by winning seats all over the country.

So vote for what you believe in.

It's what I've always done.

It's what I've always done. Vote your vision, not your fear, has been my motto. Jagmeet is right, we should support what we actually believe in. The people promoting fear are for the most part, unbelievable...best to steer clear of them.