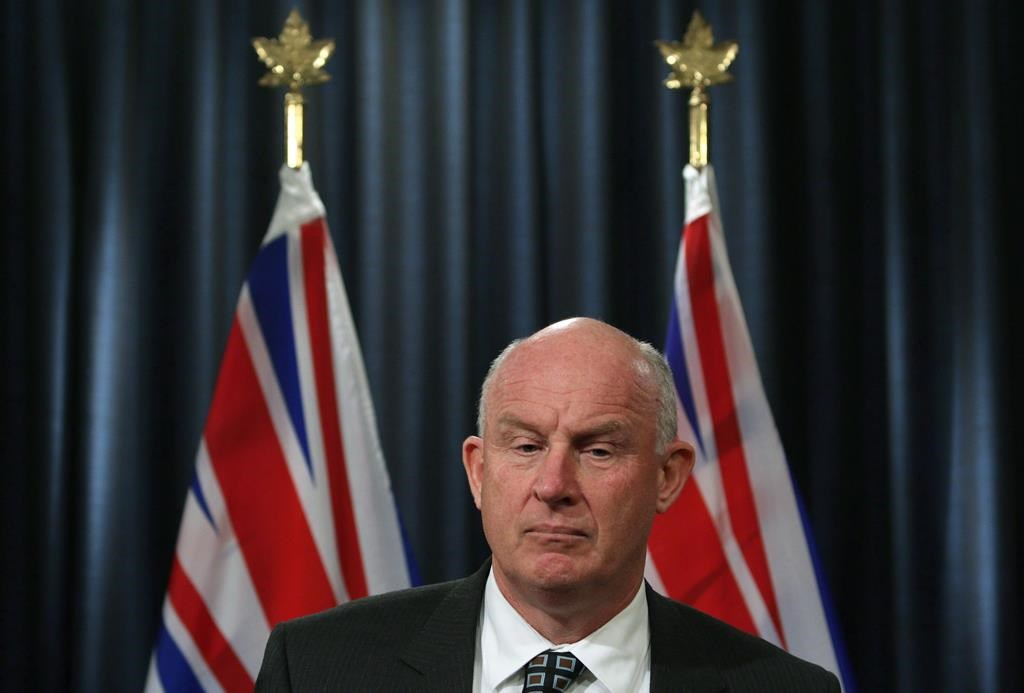 Mike Farnworth speaks to media about how non-medical cannabis will be regulated in the province during a press conference in the press gallery at Legislature in Victoria, B.C., on Feb. 5, 2018. Photo by The Canadian Press/Chad Hipolito
Previous story
Next story

British Columbia's solicitor general says the province wants to see as much small-scale production as possible for marijuana edibles to allow for regional economic development.

He said that while provinces are responsible for retail operations and enforcement, licensed production of cannabis, including edibles, is decided by the federal government and any changes to regulations will become apparent if a new government takes power after next week's federal election.

"What we want to do is work with the federal government," he told a news conference. "We'll be watching very closely after Monday to see whether in fact the landscape as it relates to cannabis is going to change."

Given the size of B.C.'s longtime marijuana industry in many small communities, particularly in the Kootenay area of the Interior, Farnworth said he'd like to see regional issues considered when it comes to licensing of producers.

He said edible products will not be sold in liquor stores, but the province is interested in considering farm-to-gate sales, particularly involving small-scale producers.

While edibles, oils, topicals, hash and other cannabis goods became legal on Thursday, Farnworth said they would not be available in retail outlets until January.

The delay is based on 60 days' notice that producers must provide to Health Canada of their intention to sell the products.

At least 36 marijuana stores have been closed in the province for illegally selling their products since the legalization marijuana a year ago, Farnworth said.

He said a 44-member community safety team based in various parts of the province, including Prince George, Surrey and Kelowna, have been cracking down on retailers.

"We were very clear right from the beginning that as more and more legal stores are open enforcement by the community safety team will clearly be ramping up," he said.

"After all, it's only fair that those stores that are abiding by the rules, that are paying their fair share of taxes, don't have their competitive advantage undermined by stores that are operating illegally."

He said the government has been working hard to transition away from the province's "well-entrenched" illegal marijuana industry.

One year after legalization, Farnworth said 144 private cannabis retail store licences have been issued and 33 are approved in principle, while 10 government-owned stores will be operating by the end of the year.

He said officers in the Community Safety Unit have helped reduce the availability of illegal marijuana by following up with unlicensed retailers to raise awareness about the regulations, penalties and consequences of breaking the law.

Chantal Vallerand, executive director of Drug Free Kids Canada, said it's important for youth to know there's a danger in overconsuming marijuana cookies or brownies because of the delay in feeling the buzz of the drug with edibles versus the immediate effect of smoking pot.

"A kid who may be eating a cookie may not start feeling the effects for two hours and the peak may not happen until four hours later," she said.

Vallerand suggested parents approach conversations about edibles out of a sense of curiosity instead of judgment and have ongoing discussions while considering potential scenarios where baked goods may be available, including at parties, where alcohol may also be consumed.

"It's always been available for people to bake with," she noted of marijuana. "Now (goods) are going to be readily packaged," she said, adding it's a good idea to educate children to look for the number of milligrams of THC, the psychoactive ingredient in cannabis, on the labels of products that will soon be available in stores.

Health Canada has set a 10-milligram limit of THC per package in edibles, including food and beverages.

Marijuana extracts are limited to 1,000 milligrams of THC per container. A bottle could contain 100 THC capsules of an extract that each has 10 milligrams of the psychoactive ingredient of cannabis, for example.

Topicals such as lotions must have no more than 1,000 milligrams of THC in a container.

This report by The Canadian Press was first published Oct. 18, 2019