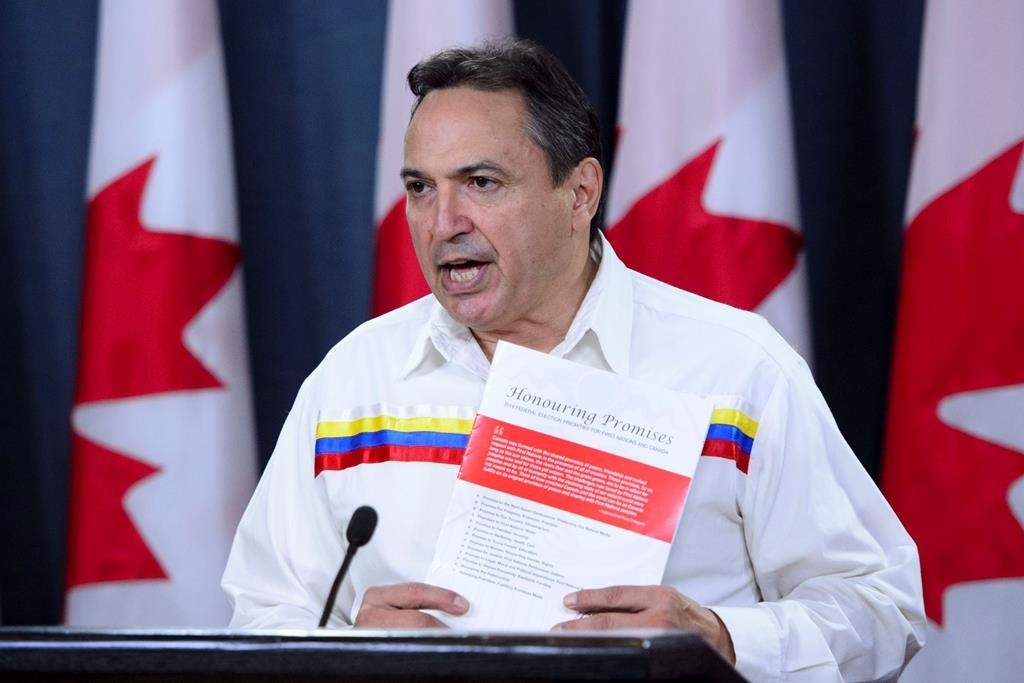 The leader of the Assembly of First Nations says the minority government elected Monday presents an opportunity to keep moving the needle on issues affecting Indigenous Peoples in Canada.

National Chief Perry Bellegarde said the Liberals accomplished more for Indigenous rights than any other government in its first term but an enormous socio-economic gap remains between First Nations and non-Indigenous Canadians.

As the leader of a minority government, Justin Trudeau will have to strike deals with political rivals to pass legislation. That could mean co-operation with the New Democrats, who would be positioned to push policy priorities.

The fact that the Liberal and NDP platforms overlapped in many of their pledges to Indigenous Peoples bodes well for seeing those issues addressed, Bellegarde said.

"They're mirrored on a lot of issues and policy priority areas," Bellegarde said. "There are synergies, so that's a good signal."

Both promised, for example, to adopt the United Nations Declaration on the Rights of Indigenous Peoples and to move forward on the findings of the Truth and Reconciliation Commission and the National Inquiry into Missing and Murdered Indigenous Women and Girls.

They could also agree to end more boil water advisories, make significant progress on fighting climate change — the top election priority identified by the assembly — and work to fully implement a bill to protect Indigenous languages and another that establishes a framework for Indigenous communities to exercise jurisdiction over child and family services.

"I think there's going to be more pressure on Prime Minister Trudeau to make Canada work, so it works for everybody, including First Nations people," Bellegarde said.

He applauded the Liberals for taking steps forward in many areas, including progress in forgiving $1.2 billion in loans to bands involved in self-governance negotiations and ending boil water advisories.

But he said the government needs to work harder to close the "totally unacceptable" gap in living conditions between First Nations and non-Indigenous Canadians.

The United Nations ranks Canadians as having the sixth best quality of life in the world, but First Nation communities in Canada would rank 63rd using the same human development index, he said.

Others were less optimistic that the Liberals would make significant progress without a push from the NDP, based on Trudeau's first term in office.

"We've seen that movie and it was very disappointing," said Grand Chief Stewart Phillip of the Union of B.C. Indian Chiefs.

But he added that the political system isn't designed to allow for quick movement on many contemporary issues.

"The old model of governance in this country is very archaic and I think is incapable of addressing the multitude of challenges that have arisen in the last decade," he said, citing global warming and transitioning from fossil fuels to renewable energy as examples.

Phillip said he believes the New Democrats could apply the right pressure to advance Indigenous priorities.

"With Jagmeet Singh in the picture this time, I think there will be a dramatic difference," said Phillip, who participated in three NDP campaign events.

Others also called for collaboration.

The Congress of Aboriginal Peoples said in a news release that with many ridings decided by margins of hundreds of votes or less, it's hopeful that all parties will make an additional effort to pay attention to the rights and interests of Canada's 1.6 million Indigenous people.

“With no party holding a majority, this parliament will require a renewed focus on building bridges and collaboration,” said National Chief Robert Bertrand.