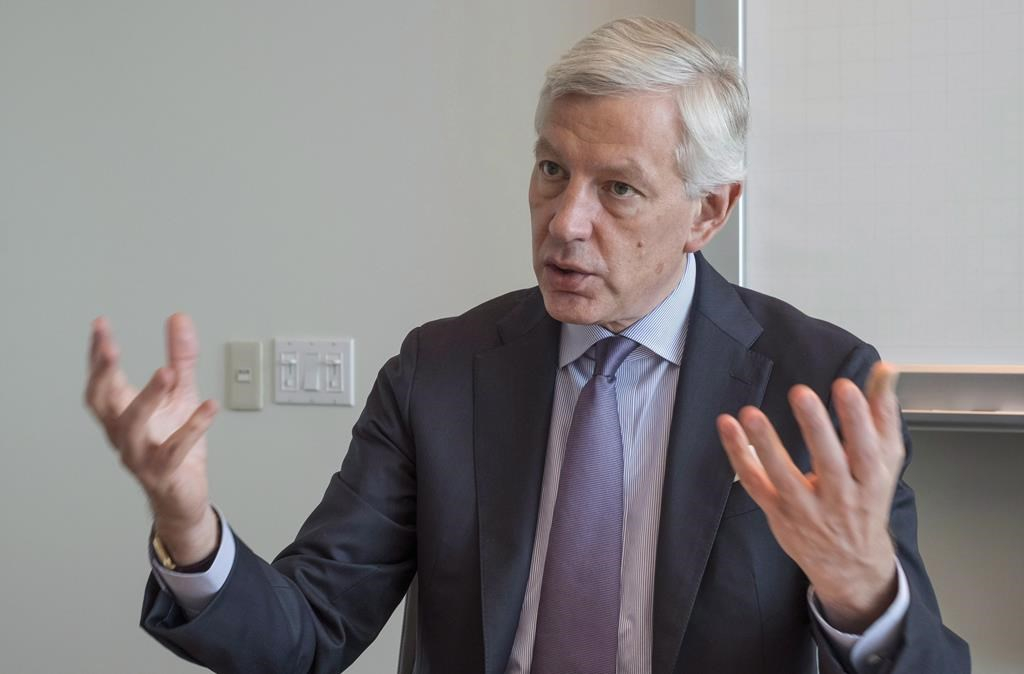 Dominic Barton, chairman of an advisory committee to federal Finance Minister Bill Morneau, responds to a question during an interview with The Canadian Press on Thursday, May 19, 2016 in Montreal. File photo by The Canadian Press/Paul Chiasson
Previous story
Next story

Canada's new ambassador to China has met with two Canadian men the People's Republic imprisoned nearly one year ago.

Barton was appointed in September, one week before the federal election call, to fill a big diplomatic gap and help repair fractured relations with China after Canada arrested Huawei executive Meng Wanzhou on Dec. 1 on an extradition request by the United States.

Days later, China imprisoned Kovrig, an ex-Canadian diplomat, and Spavor, an entrepreneur, and accused them of undermining its national security.

It has held them without access to lawyers or their family, or formally charging them in what is widely seen as retaliation for arrest of Meng.

Barton, who was a well-connected business consultant, was tapped for the diplomatic post because of his high-level business experience in China and throughout Asia, which included serving as the global managing director of consulting giant McKinsey & Co.

The government has also tried to leverage broad international support from several dozen countries, including the United States, to win the freedom of Kovrig and Spavor.

That effort has angered China, which has banned imports of Canadian canola and other agricultural products.