Alberta wants to cut public service wages. It will hit everyone from teachers to hospital support staff 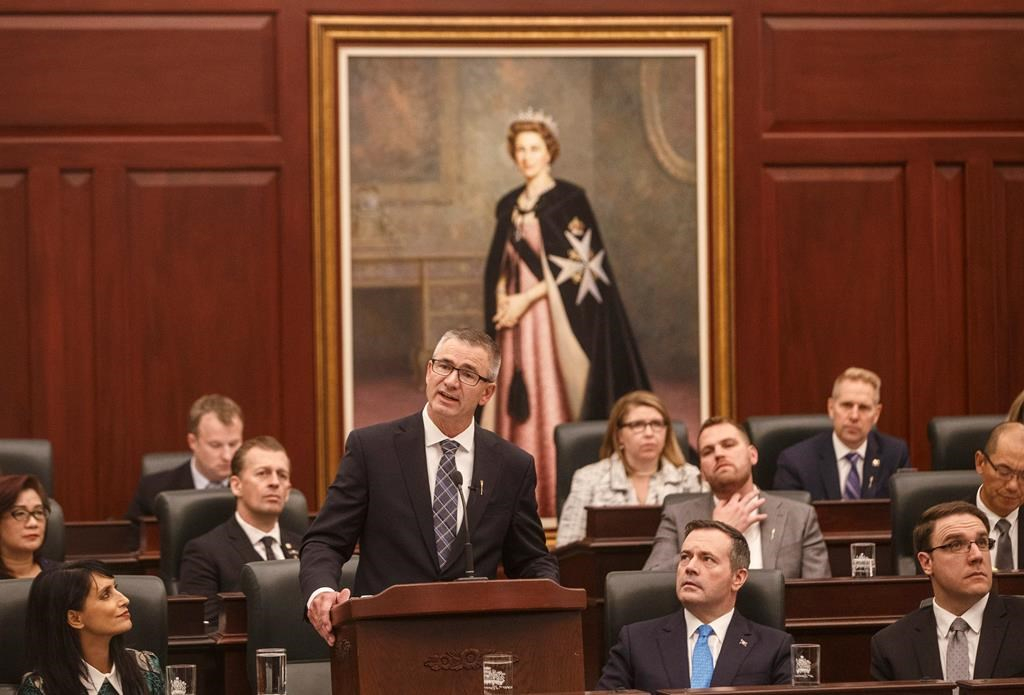 The Alberta government is seeking wage rollbacks as binding arbitration is set to resume with unions that represent more than 180,000 public-sector workers.

Finance Minister Travis Toews says the United Conservative government will ask arbitrators to impose an average two per cent wage cut in 30 upcoming public sector wage cases, but the amount will vary. In some cases it will ask for reductions as high as five per cent.

Toews said the province has great respect for what the workers do, but public sector pay accounts for more than half of government expenses and is higher than comparable provinces.

He said the goal is to bring salaries in line with workers in similar provinces.

"We want to be fair to our public sector," Toews said Tuesday.

"(But) the MacKinnon panel (on Alberta's finances) recommended that over time we would move our public sector remuneration in line with the other provinces and this will accomplish that."

They were to have their wages reopened earlier this year under collective agreements, but the province passed a law to delay the talks until Oct. 31 so it could get information from a panel headed by former Saskatchewan finance minister Janice MacKinnon.

The panel reported in August that Alberta pays much higher on average per capita for services and in some cases receives poorer results. It urged immediate action to reduce spending to end multibillion-dollar deficits and spiralling debt.

The unions had been asking for pay raises ranging from three per cent to almost eight per cent, and the government had initially been pushing for a wage freeze.

The Alberta Union of Provincial Employees, the largest public sector union, called the move a direct attack on the livelihoods of front-line workers and their families.

"This is a further hit to hard-working Albertans who have already taken two years of zero wage adjustments," AUPE president Guy Smith said.

"The anger that has built up is now in danger of spilling out into the streets.

"Over 1,000 AUPE activists gathered at our recent convention in Edmonton. They unanimously endorsed a resolution to fully support any groups of members that take direct action against their employer."

The United Nurses of Alberta said the government has directed Alberta Health Services to push for a three per cent rollback of its members.

"We anticipate the employer will bargain in good faith," president Heather Smith said in a release.

Jason Schilling, president of the Alberta Teachers' Association, said in a statement that the union has a fair and independent arbitrator.

"I expect the government to not interfere."

Earlier this week, the government tabled legislation to allow it to use replacement workers instead of union staff to cover off essential services in case of job action.

In last week's budget, Premier Jason Kenney's government said it aims to reduce the size of the civil service, mainly through not filling jobs when they come open.

"We've seen time and again since this government was elected a lack of respect, zero respect, for the Albertans who serve people, who keep our province running," said labour critic Christina Gray.

"We know that layoffs are coming from this budget. They are gearing up to now attack front-line wages and that is the first step to going to war with correctional officers, nurses, teachers, the people who clean our schools."

The issue revolves around unionized workers who took pay freezes in the first years of their contracts but now have the right in the third and final year to have the wage portion reopened and subject to binding arbitration if necessary.

This is what prostituting the

This is what prostituting the province of Alberta to the rapacious oil/gas greedy guts does to Alberta's economy. Instead of forcing the exploiters to carry their share of the tax burden Alberta politicians punishes its citizens by allowing these psychopathic corporate vampires to suck the wealth out of the province while driving its citizens through successive waves of boom and bust. You'd think by now Alberta voters would have smartened up but they can't seem to see beyond the next insecure paycheck, and keep voting the vampire enablers into office.

This Alberta government keeps proving how out of touch it is!! Campbell did this very same thing in 2001 RIGHT NEXT DOOR in B. C.!!! And we all know how well that went over...!!