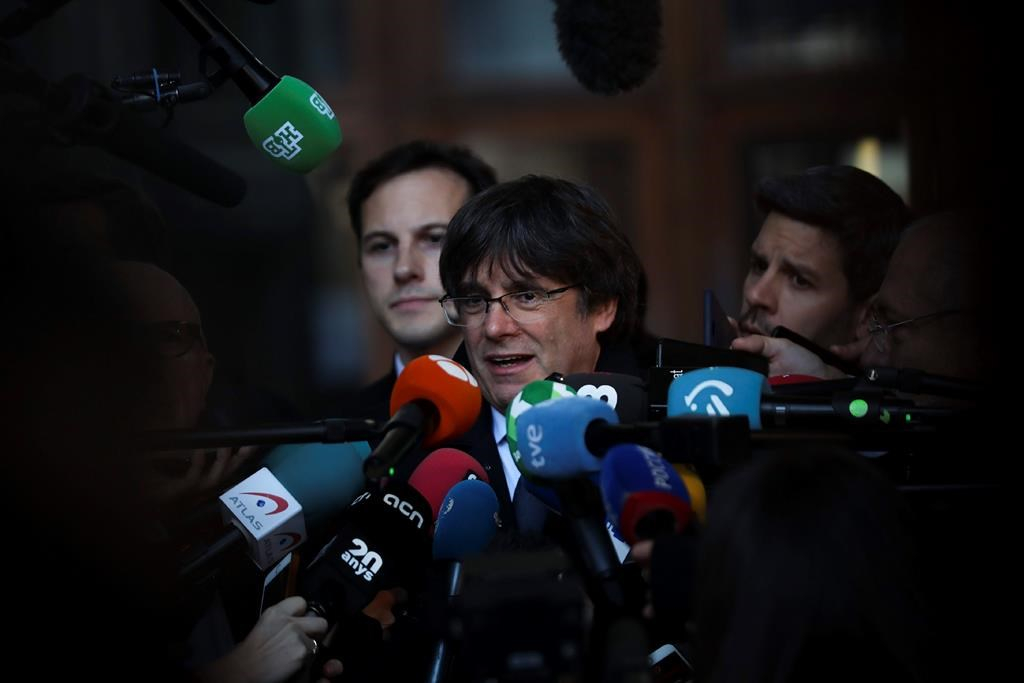 Fugitive Catalan separatist leader Carles Puigdemont has been officially refused entry into Canada because he is wanted in Spain on possible charges of sedition and misuse of public funds, his Montreal-based lawyer said Tuesday.

Stephane Handfield said an immigration official denied the Catalan leader's Electronic Travel Authorization, which is required for European visitors to Canada. Handfield said he will contest the decision in federal court.

Puigdemont had been trying to enter Canada for months at the invitation of a Quebec nationalist and separatist group.

"The (immigration) agent arrived to the conclusion that there are reasonable motives to believe that, given the pending charges in Spain against Mr. Puigdemont following the 2017 referendum, he would be forbidden on Canadian territory," Handfield said in an interview.

A Spanish Supreme Court judge on Oct. 14. issued an international arrest warrant for Puigdemont following the sentencing of 12 of his pro-Catalonia independence colleagues.

Puigdemont has so far avoided extradition from Germany and Belgium, where he fled at the end of 2017, following a failed attempt to declare independence in the wealthy region.

The Societe Saint-Jean Baptiste, the group that invited Puigdemont to Canada, said it was "scandalized" by the decision to deny the separatist leader entry into the country.

"I am still perplexed," Legault said in Quebec City. "I would like the Canadian government to explain why it refuses to give this visa."