Is $5 million enough to stop the mountain pine beetles of Alberta? 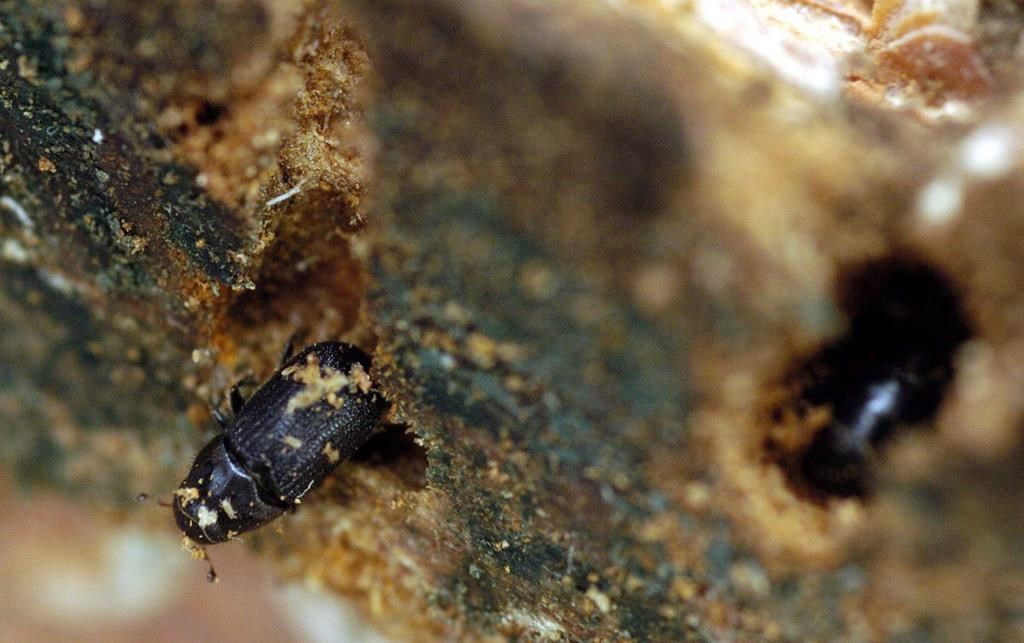 A mountain pine beetle crawls out of a ponderosa pine tree while another, right, remains in its hole in Green Mountain Falls, Colo. on Aug. 24, 2006. File photo by The Associated Press/The Gazette, Hunter McRae
Previous story
Next story

Alberta is to increase what it spends to fight the slow creep of the mountain pine beetle through the province's forests and has asked the federal government to chip in.

"There has been not a penny from the federal government," said Devin Dreeshen, minister of agriculture and forestry.

On Thursday, Dreeshen announced a $5-million funding boost for efforts to push the beetle back. That brings total spending for the year to $30 million.

The extra money will go toward monitoring the beetle's spread as well as early attack efforts on fresh infestations.

Paul Whittaker of the Alberta Forest Products Association welcomed the funding, a rare increase in a budget that saw mostly cuts.

"What Alberta is doing today benefits all of Canada," he said. "If we don't stop the mountain pine beetle here in Alberta, it goes all the way to Newfoundland."

Whittaker joined Dreeshen in his call for Ottawa to step up. His organization has suggested the federal government provide $100 million to the beetle program.

"We're very hopeful that the new government in Ottawa will take this seriously. Because to date, they have not taken it seriously."

Whittaker said the Hinton area continues to be most at risk after a large flight of the beetles came into the area from Jasper National Park.

"Hinton is very much threatened," he said.

"We saw the (beetle) numbers explode in the last few years in the Hinton area. It was at least 100-times growth. Those (town) councils are very much concerned."

That many dead trees greatly increases the wildfire risk as well, he said.

Elsewhere in the province, the beetles have had their eastward march stopped. Recent surveys didn't find any past Lac la Biche, said Erica Samis of Alberta Environment. They have been found in Edmonton's urban forest.

She said last year's cold winter was tough on the tiny insects, giving foresters a chance to press their advantage.

"From what we've seen, the weather did impact them so we're expecting to see less green attack, or current attack on the ground. We really have an opportunity to take advantage of the help we received from Mother Nature."

Dreeshen said $11 billion worth of Alberta forest is potentially vulnerable to beetle attack.

This report by The Canadian Press first published on Oct. 31 2019.

By Associated Press | News, US News, Politics | February 27th 2019
State Of The Animal