Most Americans think a president should go big on global warming, poll shows 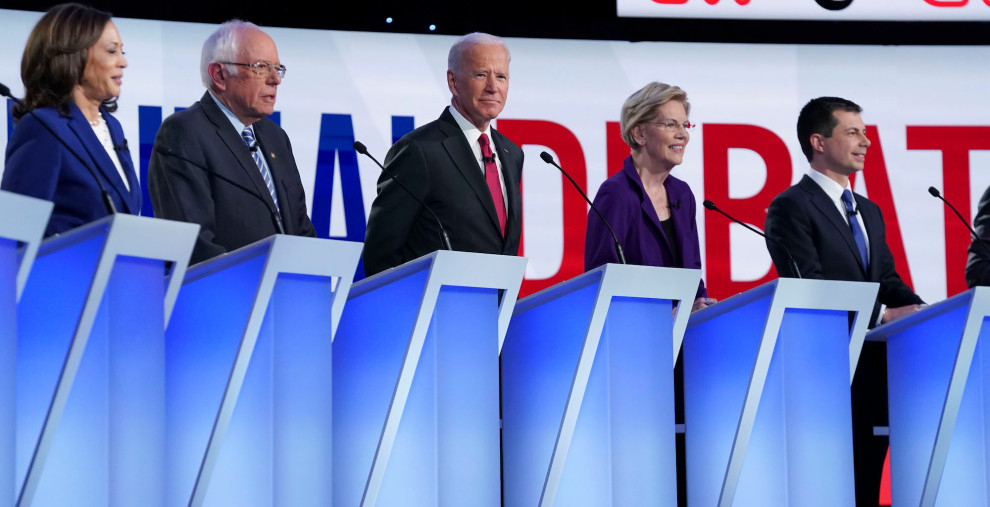 Last month, in a joint interview with Mother Jones and The Weather Channel, Elizabeth Warren promised that if elected, she’d use the power of the president to address climate change. “I will use all the executive power tools available to me to fight back against the climate crisis,” she said. Listing a few examples, she proposed using executive action to ban drilling and mining offshore and on federal lands and to do away with the practice of fracking.

But would Americans support these dramatic moves?

A new national poll provided exclusively to Mother Jones suggests they would. The left-leaning think tank Data for Progress and YouGov asked more than 1,000 voters whether they supported nine ways the next presidential candidate could address climate change. Here are the results:

Clearly, the two most popular ideas were “Public info on corporate pollution” and “Energy efficiency standards for buildings and appliances.” If a president wanted to accomplish these goals, says Harvard Law School’s Environmental and Energy Law Program executive director Joe Goffman, he or she wouldn’t necessarily need the approval of Congress—there’s plenty of precedent for executive action. For example: Elizabeth Warren has proposed legislation forcing companies to disclose the environmental harm they cause as well as their risk of being affected by climate change through her Climate Risk Disclosure Act. But Goffman noted that a president could do the same thing through the Securities and Exchange Commission, whose members are appointed by the president, but is otherwise independent.

Those two most popular policies are also the only ideas that attracted support from a majority of respondents who identified as Republican—they were largely against everything else suggested in the survey. I suspect that Republican respondents didn’t come out strongly against those ideas because neither corporate pollution disclosure nor energy efficiency improvement have been high-profile targets of President Donald Trump, who has a polarizing effect on whatever policy he decides to embrace. To wit: Note that some of the biggest partisan splits were on “US rejoin Paris Agreement,” and “reverse Trump vehicle fuel efficiency:” 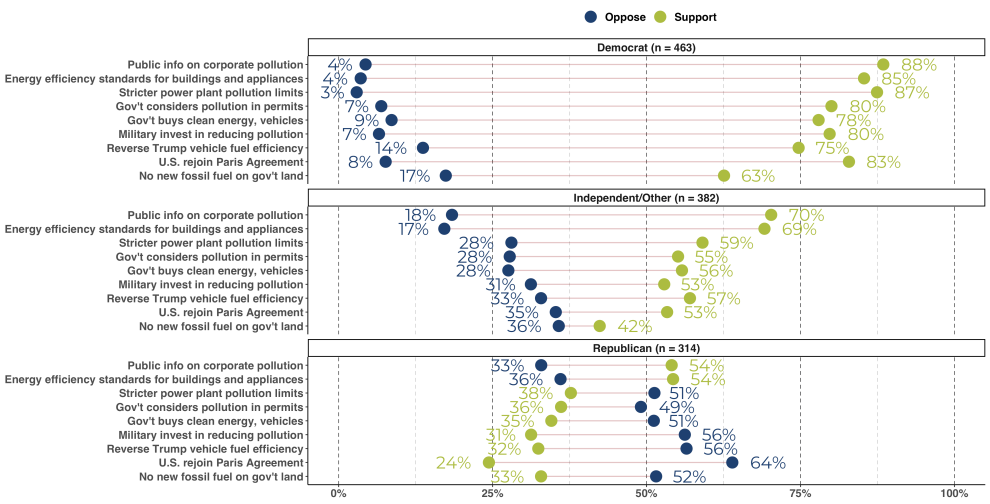 The upshot of all this: While many Democratic candidates have focused on the bundle of progressive climate legislation known as the Green New Deal, most of the ideas in the poll wouldn’t require Congressional support—and most voters would likely approve if a president used executive power to make these bold changes.