Vancouver pledged to be the world’s greenest city by 2020. Will it be? 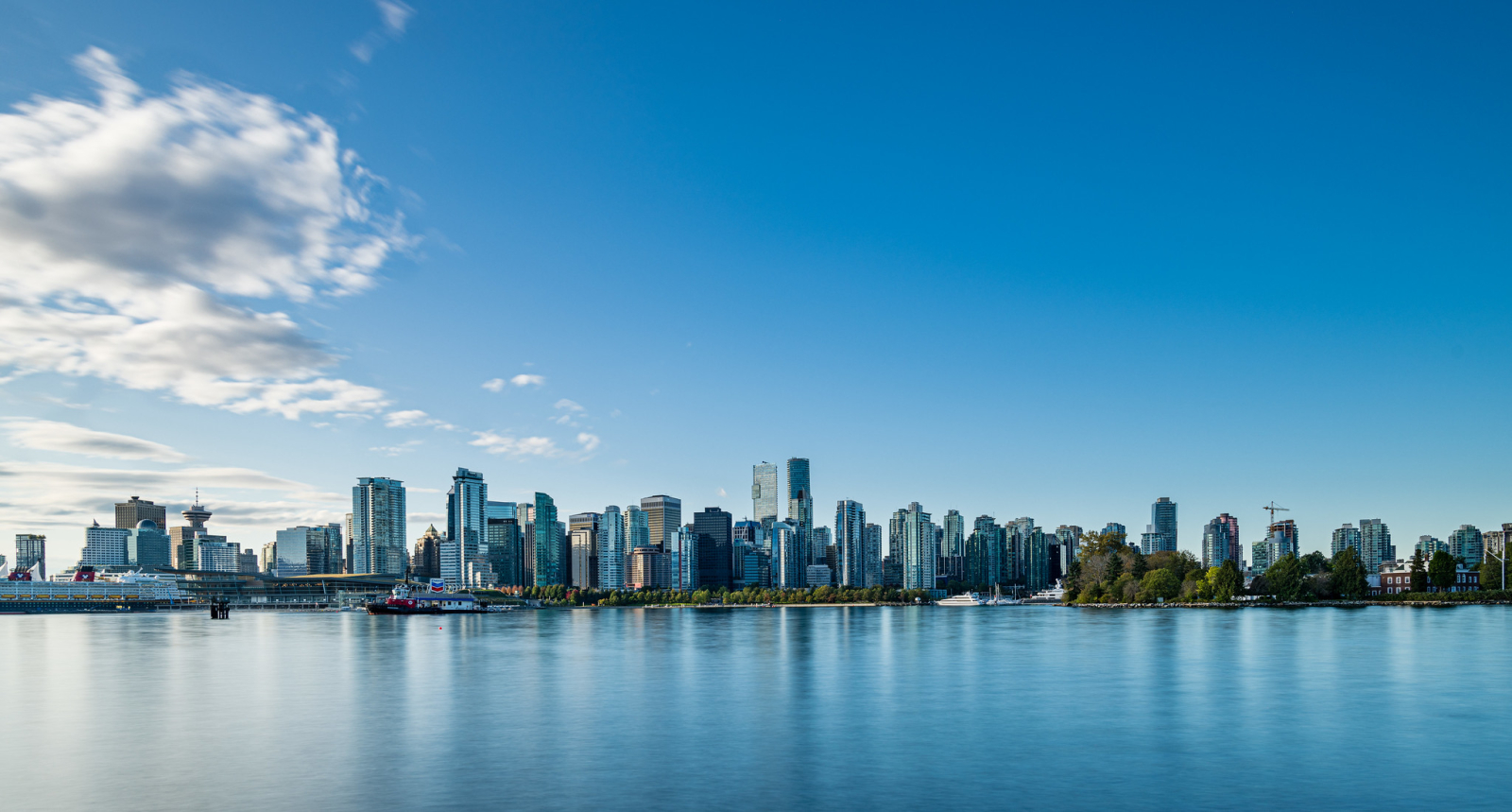 Vancouver, photographed on Sept. 30, 2019, has set out to be the world's greenest city by 2020. Photo by Steve Harris via Flickr
Previous story
Next story

Vancouver is a hub for green technology. From car shares to super-efficient windows to virtual-reality architecture, green businesses are ever-expanding. In 2011, the city set out to make itself the world’s greenest by 2020, and to reach zero emissions by 2050.

With less than two months to go until 2020, we checked in on how progress is going.

The city reached its goals in several sectors. It set a target for more than half of trips by Vancouver residents to be by foot, bicycle or public transit, and reached 53 per cent in 2016. It has planted 122,000 new trees, closing in on its goal of 150,000. Green jobs have grown by 35 per cent since 2010, and greenhouse gas emissions from city operations have been cut by more than half, according to a 2018 progress report.

People working in the green economy identify a significant challenge that remains: eliminating GHG emissions from buildings. The city’s target was to reduce GHG emissions by 20 per cent over 2007 levels, and so far, it’s reduced them by 12 per cent. This makes Vancouver a leader in cutting emissions and, meanwhile, its economy has still grown by almost a third.

“This is an area where Vancouver really leads globally. I would say we have the best green building code in the world,” said Catherine Warren, CEO of the Vancouver Economic Commission (VEC).

She said this has led to Vancouverites seeing an average of $12 million annual savings in utilities.

But 60 per cent of the city’s GHG emissions still come from buildings for heating and hot water — not only new buildings, but older buildings that still have less efficient systems and long shelf lives left.

Lane Theriault, who works in renewable energy, said he agrees with the national Green Building Council and city governments that green buildings are essential to reduce carbon emissions, but he disagrees with how they are targeting efficiency rather than switching energy sources.

“They’ve been focusing on energy efficiency, where I would like to see total carbon reduction. I want to see zero,” said Theriault, president of Subterra Renewables, which builds and operates low-carbon energy systems.

Need to 'get new buildings right'

Theriault said there should be less emphasis on “envelopes,” or the seal around a building — the insulation and windows — that keeps heat in.

“There’s been a really strong focus on building envelopes,” he said. “It’s one of the lowest payback places in the building to attack. It’s not very economical and it doesn’t solve the problem, which is that you’re still burning natural gas for heating.”

If Vancouver is going to meet its goal of zero emissions by 2050, this would also require a huge retrofit undertaking of older buildings with the participation of landowners, who may be resistant to the expenses. Theriault said envelope upgrades are expensive for developers and retrofits are expensive for landlords.

Rather than tightening buildings codes so developers spend millions on triple-glazed windows, he wants the city to say, “We don’t care about the windows, stop burning natural gas.”

He said it’s important to construct buildings that are adapted for a zero-emissions future.

“Retrofitting existing buildings is extremely costly and difficult to do. Therefore, we really need to get the new buildings right,” he said.

Warren agrees one of the challenges is retrofitting existing buildings, and the staff at the VEC rated it one of the top three challenges Vancouver faces in trying to reach zero emissions by 2050. But Warren also sees economic opportunity: the VEC predicted that green buildings will drive a $3.3-billion market between 2019 and 2032.

“The green buildings market forecast does not include retrofits, which is a whole other wonderful business opportunity for investors and entrepreneurs,” she said.

There are provincial incentives for retrofitting available for commercial buildings and homeowners, as well as municipal incentives, including in small B.C. towns like Whistler and Nelson.

Anitra Paris, operations and policy manager for Clean Energy BC, said she wishes there were more incentives to get off natural gas.

“I would love if the uptake was as big as the electric-vehicle incentives,” she said.

Theriault said he would like to see an increased carbon tax because it’s a “cut and dry” solution to put a better price on renewables than carbon.

“Let capitalism do its thing,” he said, though he added that the Liberal rate of $50 per tonne of GHG emissions is “not enough” to change behaviour.

Paris, in partnership with a global initiative called Women for Climate, is leading a pilot project looking precisely into the costs and barriers that stand in the way of upgrading buildings that still rely on natural gas. She is looking at how to increase the installation of heat pumps, which take natural heat from outside into a building, such as from the air or from the ground.

Electric heat pumps, particularly those that use ground heat, are very efficient but expensive. They could reduce emissions from gas-heated buildings by up to 98 per cent, according to a report by Clean Energy, but they can cost around $8,000, depending on which you buy (with rebates of about $2,000 available from the province). But, Paris said, they’re a good long-term solution.

She said one barrier she wants to solve is how to make heat pumps more accessible for existing homes and apartment buildings, and how to get landlords on board when tenants are the ones who will see financial savings.

“I still don’t know how people are going to reconcile that,” she said. “That’s one of the barriers. Who pays for it? Who’s benefiting from it?”

She said the city can’t do much more than it already is to get over this hurdle.

She also pointed out that, as with electric vehicles, these alternatives are often reserved for higher-income people, and it will take work to make them accessible to people of all incomes.

Despite barriers, heat pumps will likely still be a central solution. The VEC predicts a threefold increase in demand for heat pumps across Metro Vancouver after 2024.

Some other challenges going forward include the electrification of medium- and heavy-duty vehicles, the VEC told National Observer, because they are often hydraulic and emissions-intensive. As well, they said, it will be hard to reduce carbon emissions for “long, complex supply chains” that are behind many consumer and industrial goods.

Plus, Theriault added, as electrification grows, so will the need for electricity generation, which has been a controversial point in B.C. since the government approved the Site C dam mega-project.

“This is a real problem in our society. We are going to increase the loads on the electrical grid, period,” he said.