Over 1M workers could lose their jobs to machines but can be retrained, says RBC 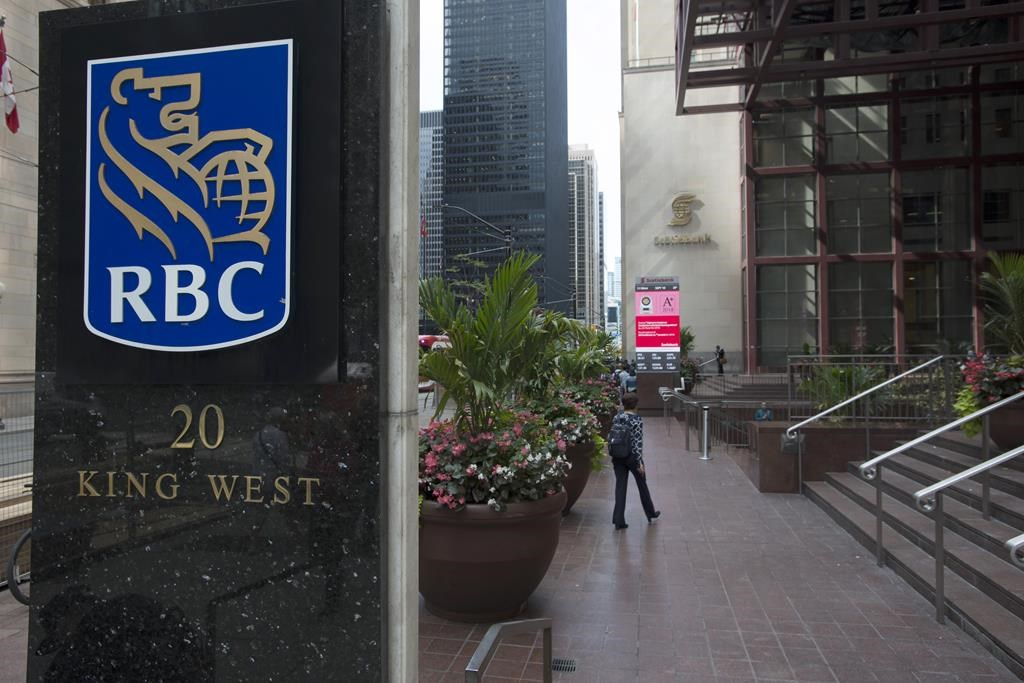 The financial district of Toronto is shown on Wednesday Sept. 18, 2019. File photo by The Canadian Press/Doug Ives
Previous story

A new report says some of the more than one million Canadian workers who could lose their jobs to machines could fill growing gaps in the nation's health-care system with the right training now.

The issue is time and money for a sector that previous research suggests doesn't invest as much as other industries do in skills training.

Health-services jobs account for 13 per cent of the country's workforce and federal projections estimate the rapid pace of growth seen over the last decade will continue over the next.

A report from RBC Economics to be released Thursday makes the case that workers at high risk of losing their jobs due to automation have skills that could translate well to health care.

The report makes clear that doesn't mean every truck driver displaced by a self-driving vehicle is going to become a paramedic, but those with the right combination of social and digital skills could find new positions in short order.

RBC's report calls on educational and health institutions, as well as governments, to find ways now to train some of those workers to save costs in the future as the price of providing health care goes up.

"The approach that we've seen at the federal and provincial levels over the last few years has been impressive, but it's not fast enough," he said.

"The advancement of technologies, especially smart technologies, is significant and maybe more so than many governments appreciate and people know this."

The findings in the report about the risk of automation in health care largely reflect findings laid out to senior federal officials who have studied the issue of disruption in the workforce over the past few years.

Retail workers, accountants and people with clerical jobs are among those considered most likely to be displaced by machines, although when that might happen widely is a guessing game. On the other hand, nurses, paramedics, doctors and medical technicians are all considered at low risk of being automated out of work by 2035 because of the "human" skills required to do the work.

But that's not to say all the jobs in the sector are safe.

Using previous academic research, RBC calculated that almost one in five jobs in the health sector is at significant risk of automation, about half the proportion in the overall economy.

Federal officials estimate there will be an extra 370,000 health jobs by 2025 and RBC estimates that 330,000 of those jobs will require skills currently held by at-risk workers in other fields.

Among the positions that RBC says the health system will need are information analysts to use vast amounts of hospital data to help improve patient outcomes, 3D-printing technologists who may create anatomical models to help plan surgeries, and machine-learning specialists to help integrate artificial intelligence into health-care delivery.

"It's fair to say that most, or a good many, Canadians who are not in health care have foundational skills that would be very beneficial in health care and set them up well in a career in health care," Stackhouse said.

But Canadian employers lag behind the United States in skills-training spending, particularly in the health sector, with spending still below 2006 levels.

The key barriers to more investment are time and money, all of which was highlighted to top civil servants at Employment and Social Development Canada over the summer.

Retraining for some of the jobs in the sector takes more than a few weeks and can be expensive, even for someone with generally relevant skills. The federal Liberals are set to roll out a new tax credit late next year that workers can use against the cost of eligible training programs, valued at up to $250 per year and accumulating over time, along with a new employment-insurance benefit while someone is off work and in a class.

RBC estimates that Canada's aging population will push health-care spending to $193 billion in 2030, up from $160 billion today.

The longer governments wait to invest in skills training — and helping people with the right skills transition into the health sector — the more it will cost to do and the fewer efficiencies will be found in the system, the report says.

Moving people into health care now may also help if the economy cools, because health care tends to be recession-proof, Stackhouse said.

"We don't cut back wildly on health spending during slower economic times, and as we move into a period that will, according to most forecasts, be slower, the health sector has an even greater opportunity to take on some of that labour that may not have opportunities in other sectors."

This report by The Canadian Press was first published Nov. 14, 2019.

Well gosh: a $250 tax credit will sure pay the rent and feed the kids, eh?
While RBC gaily proceeds "renovating" their branches to make kiosks for people to do their own transactions. And since there are fewer of them than there were tellers, tellers are on truncated shifts, or part-timers are let go, while customers line up and wait.
The day there's no teller there to do my transaction for me, I will move my accounts to an institution that isn't "automating." Meanwhile, at some of the kiosks, people are told they can withdraw cash at the ATMs in the entranceway. I won't use them: I've had money go in and not enter my account, and I've been shortchanged at the ATM, that counted a $20 bill as a $50.
And tellers over 45 or 50? They're just not going to get jobs, period. That's how the hiring environment is.
I refuse to use self-checkouts, too, and also the offers to "instruct" me. And try to convince people in lineups that they should refuse to work for the stores/banks for free. Unfortunately, most of them are convinced it's "inevitable." I counter that marketshare counts, and so it's not inevitable at all until there's only one institution left standing. Two older women in the lineup gave me high-fives.

Banks have always robbed their customers ~~~ and will continue to do soooooo. New regulations needed to curb banks profits.