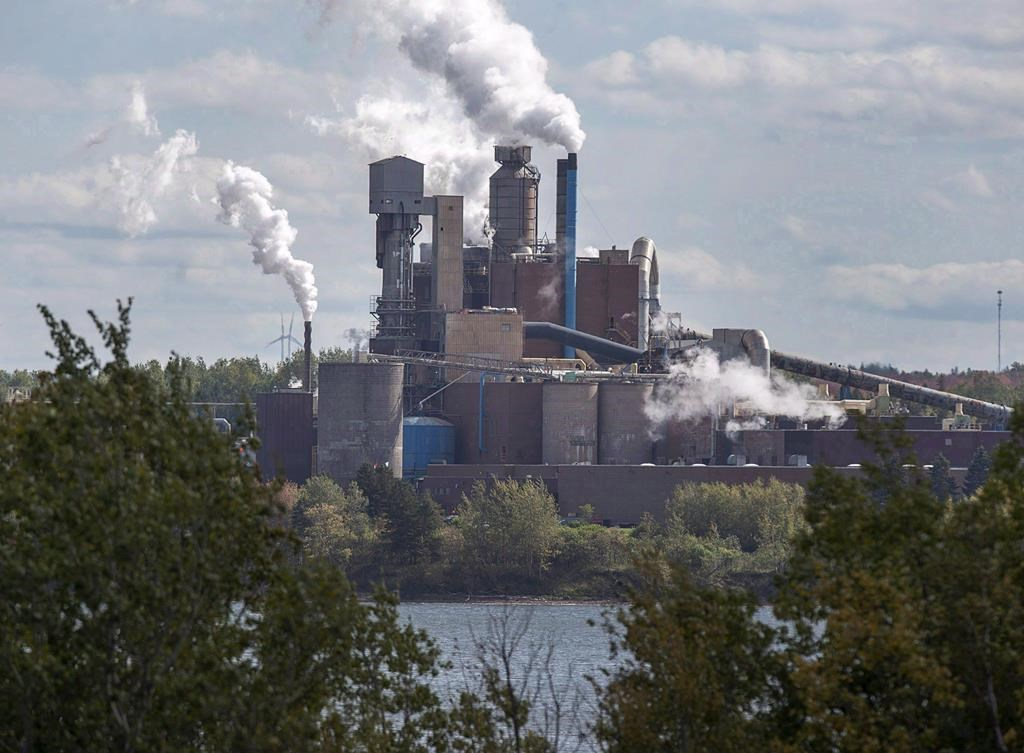 Groups that have voiced concerns about a Nova Scotia pulp mill's plan to pump millions of litres of treated wastewater into the Northumberland Strait are to issue a response to that plan today.

Northern Pulp submitted thousands of pages of documents to the provincial Environment Department in early October as part of a required focus report on its proposed effluent treatment plant for the mill near Pictou, N.S.

The public had until Nov. 8 to submit comment on the report to the department, and Environment Minister Gordon Wilson is to make a final decision on the treatment plant by mid-December.

Several groups are scheduled to give their assessments of the focus report at a news conference in Pictou this morning, including the Town of Pictou, Pictou Landing First Nation, fishermen from across the Maritimes and the environmental group Friends of the Northumberland Strait

All have previously voiced opposition to using a pipe to pump 85 million litres of treated effluent daily into the rich fishing grounds of the strait.

Company officials have said that if their plan is not approved, the mill will close, putting more than 300 employees out of work.

The province's Liberal government passed legislation in 2015 that gave the mill until Jan. 31, 2020, to come up with a plan for a new treatment plant.

In the company's focus report, a marine survey confirms there are rock crab in the areas of Caribou Harbour where the plant's diffusers would create a jet of expelled effluent.

It said based on testing and modelling there would be "no significant residual impacts" to marine water quality or on any fisheries or fish habitat as a result of the project.

That included the impact on the lobster population, which would affect one of the Northumberland Strait's key fisheries. The report said the outflow pipe's effect on the fishery would be "generally minor, localized and generally reversible.''

The company also confirmed that its 15-kilometre pipeline to the strait will be installed "generally parallel'' to Highway 106 along the easternmost portion of the province's right-of-way until it meets its outflow point in Caribou Harbour.

The Transportation Department had previously made it known that it preferred the pipeline be built on a route along secondary roads.

As for the potential for leaks and spills along the overland route, the company's report said the pipeline design had been adjusted to include the use of thicker pipe to increase safety, while the underwater portion would be buried three metres under the seabed in Caribou Harbour to accommodate ice conditions.

Northern Pulp also said it would run an environmental monitoring program once the treatment plant and effluent pipe project are completed.

For some N.S. woodlot owners, end of controversial pulp mill not seen as disaster