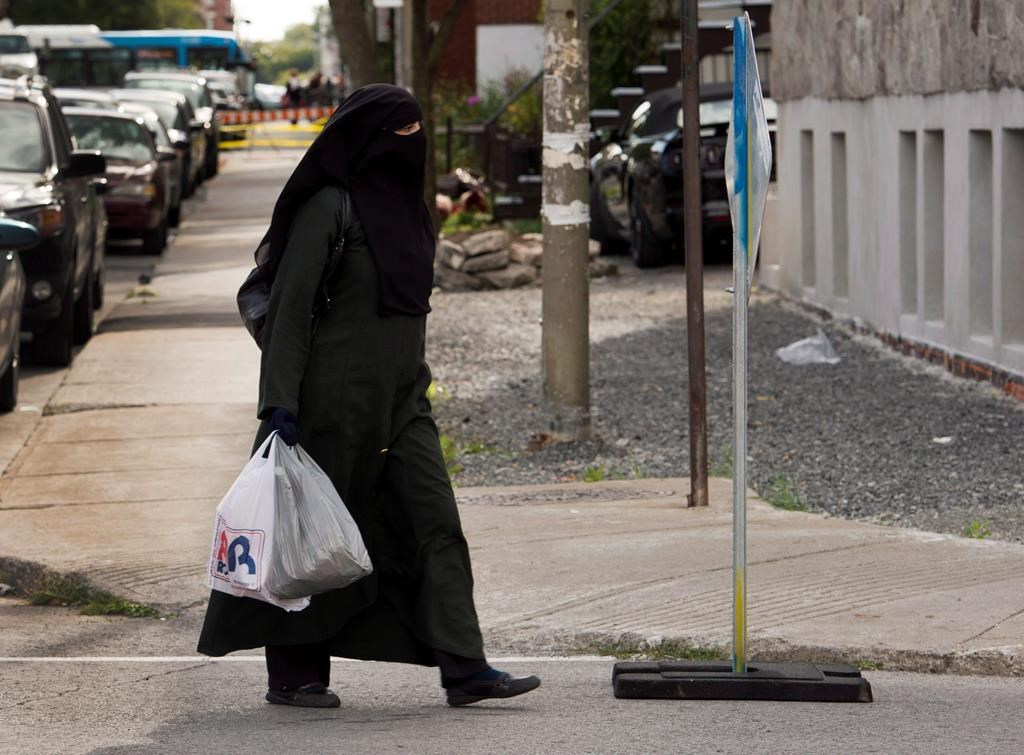 A woman wears a niqab as she walks on Monday, September 9, 2013 in Montreal. File photo by The Canadian Press/Ryan Remiorz
Previous story
Next story

A federation representing 45,000 Quebec teachers is taking the government to court over Bill 21, accusing the province of violating the fundamental rights of teachers across the province.

The Nov. 6 lawsuit, first reported by The Associated Press, is the latest court challenge of the Quebec government's controversial legislation, which bans certain public sector workers from wearing religious symbols at work.

It's the first lawsuit against Bill 21 by a teachers union. The law, passed in June, already faces court challenges from the English Montreal School Board and a group of civil rights and religious advocates.

Sylvain Mallette, president of Federation autonome de l'enseignement, said his organization filed the latest suit because the Quebec government is "weakening the rule of law."

Bill 21, he said in a statement to The Canadian Press, "violates ... the freedom of religion and conscience of public school teachers and threatens their working conditions."

Seventy-five per cent of his federation's members are women, he stated, a group disproportionately affected by the secularism law because Muslim women are among the most visible members of Quebec society who wear religious symbols.

His federation, he said, is asking Quebec Superior Court to "declare several articles of this law unconstitutional, unenforceable, invalid, inoperative and void." Among the articles targeted by the federation is the one that requires public servants such as teachers, police officers and judges, to remove all religious symbols while on the job.

The federation's lawsuit is a modification of an earlier court challenge filed in March. That initial lawsuit sought for the courts to declare unconstitutional any attempt by the government to count the number of teachers in public schools who wear religious symbols.

The Nov. 6 filing includes the original demands but is also seeking the invalidation of most of Bill 21.

Bill 21 invokes the notwithstanding clause of the Canadian Constitution, which shields legislation from most challenges under the Canadian Charter of Rights and Freedoms.

The main argument in the federation's lawsuit is that Bill 21 violates its members' freedom of conscience and religion and their equality. But the challenge states that even if the notwithstanding clause is invoked, nothing prevents a plaintiff from seeking to obtain a clear statement from a judge that the law is in violation of Charter rights.

Moreover, the federation argues that jurisprudence surrounding the use of the notwithstanding clause "should be reviewed" given Quebec and Canada's ongoing commitments to international treaties on human rights.

The lawsuit also states Bill 21 violates Section 6 of the Charter, which outlines Canadians' mobility rights and is not shielded by the notwithstanding clause. Without going into detail, the lawsuit states the plaintiff intends to demonstrate that Bill 21 also violates interprovincial mobility rights.