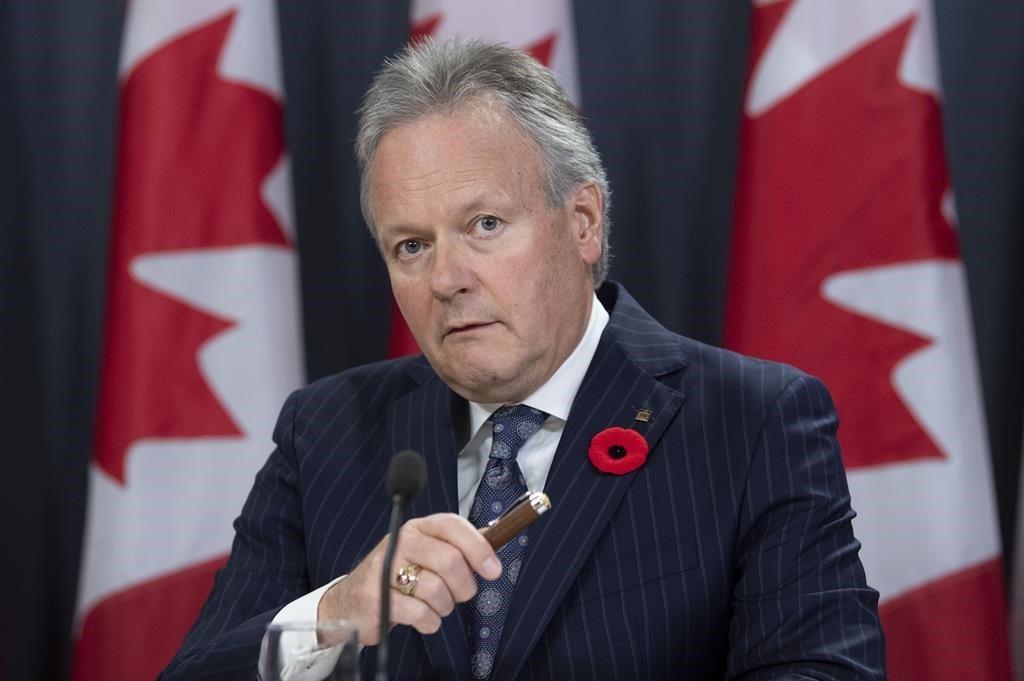 Bank of Canada Governor Stephen Poloz responds to a question during a news conference in Ottawa on October 30, 2019. File photo by The Canadian Press/Adrian Wyld
Previous story
Next story

Bank of Canada governor Stephen Poloz wasn't asked about climate change risks at a discussion about economic change and emerging risks on Thursday, so he brought them up himself.

"It's about the transition risk, right, as everyone's portfolio and all their lending practices kind of converge on a different climate trend line, that that could have significant consequences for financial systems," he said.

"So we need to model that and do stress testing and so on, and so we're building new tools for that."

His comments came the same week the Bank of Canada outlined its research priorities on the potential impacts of climate change, including physical risks of intensifying weather, the financial risks of stranded assets, and wider risks to the system of increased volatility and unpredictability.

The report by Miguel Molico, senior research director at the bank's Financial Stability Department, notes that carbon-intensive sectors like oil and gas could be hurt by significant changes in pricing in a transition away from a carbon economy.

"Maintaining the warming below 2.0 degrees Celsius implies that some of the existing fossil fuel reserves will become stranded assets," he wrote.

"These transition risks are of particular significance for Canada given its endowment of carbon-intensive commodities, the current importance of some of these carbon-intensive sectors for the Canadian economy, and the energy needs for cooling and heating."

More frequent or severe extreme weather events, or an abrupt transition to a low-carbon economy could have significant impacts on the Canadian financial system, with potential systemic consequences, he said.

Molico said that while much is unknown about the potential impacts of climate change, its physical effects could reduce global annual GDP by 1.5 to as much as 23 per cent by end of the century.

In May, the Bank of Canada for the first time listed climate change among the top worries for the economy as part of its financial system health report.

This report by The Canadian Press was first published Nov. 21, 2019.

Climate change is real. Movement to clean energy is real, and it is gonna get a whole lot more real, and soon. That will reduce the world need for oil. There will be a world glut, and the price will drop at some point. Alberta needs a price above $50 or so per barrel to make it work. The math should be simple enough for even the poorest student. Alberta needs to get moving fast to diversify its economy, something successive governments have failed to do over the past 50 years or so.