Saskatchewan chief saddened by lack of help to stop suicides 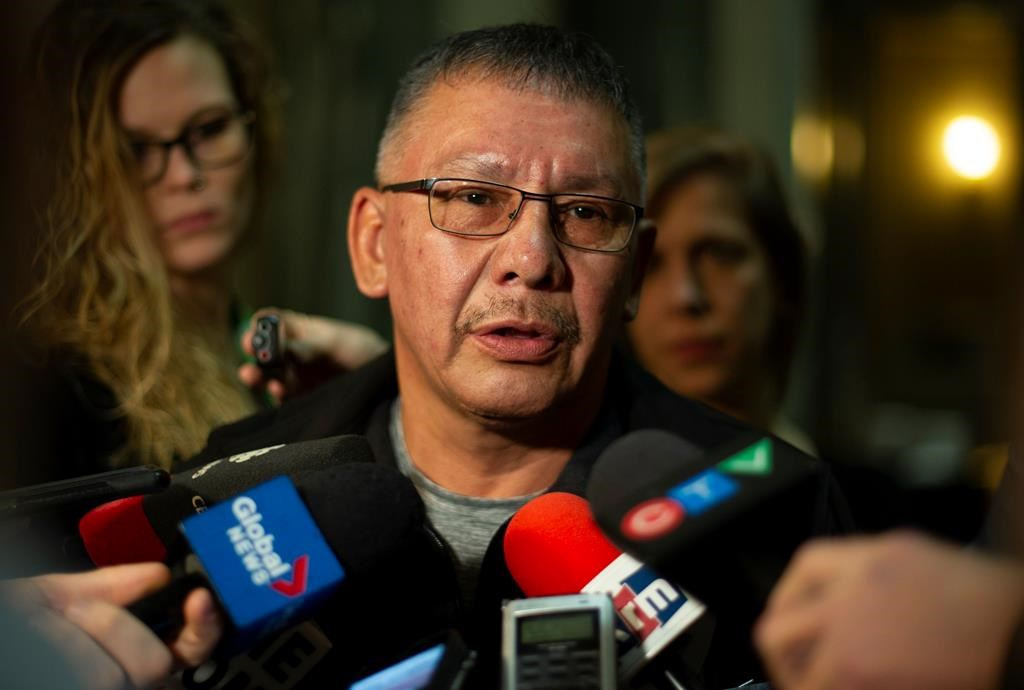 Chief Ron Mitsuing of the Makwa Sahgaiehcan First Nation voices his concerns about a suicide crisis in his community at the Legislative Building in Regina on Wednesday, Nov. 27, 2019. Photo by The Canadian Press/Mark Taylor
Previous story
Next story

The chief of a northern Saskatchewan First Nation says he is disappointed at the lack of long-term help from the provincial and federal governments to deal with what he says is a suicide crisis.

Ronald Mitsuing of the Makwa Sahgaiehcan First Nation, along with another band leader, met in Regina on Wednesday with ministers and the deputy premier.

The leaders are concerned about what they are calling "cluster suicides" in their community of Loon Lake, about 360 kilometres northwest of Saskatoon.

They say there have been three suicides, including one by a 10-year-old girl, in three weeks and eight suicide attempts, mostly by young people.

Mitsuing said he asked Premier Scott Moe and officials for help now, as well as for a long-term suicide prevention strategy to help all First Nations.

"Things are happening now. They can't wait anymore," he said.

"Kids are losing their lives and, if they keep waiting, it's going to happen again."

He wants community members to be trained on how to spot signs of suicidal thoughts and on how to properly respond.

"Right now our teachers are also burning out over there. They're stressed. Our whole community, front-line workers, are stressed."

Rural and Remote Health Minister Warren Kaeding said the first step was to provide immediate help, which has been done, and then to plan for any medium- and long-term solutions.

"It's a little early in the juncture to determine what those services are, but that's something that's going to be community-led, and we'll certainly have those conversations with officials," he said.

The Ministry of Health is reviewing its services and looking at what is offered elsewhere in Canada.

The Opposition NDP has put forward a private member's bill that would create a suicide prevention strategy. Its leader says the Saskatchewan Party government has failed to act on reducing poverty and developing economic opportunities in the north.

"Nothing that we've seen from them so far indicates that they actually take this seriously which ... causes me to wonder whether this is something they care about," said Ryan Meili.

Band CEO Barry Mitsuing Chalifoux said an ongoing strategy would better help prevent suicide crises and give local governments ideas on what resources could be of help in their communities.

He said federal Indigenous Services Minister Marc Miller called last week to offer his condolences. Chalifoux said he understands work is being done by federal officials to see what support may be coming and he believes they will respond.

"I'm just hoping they do that soon," Chalifoux said.

The First Nation wants parenting programs and funding to hire additional supports in order to monitor its youth, he said.

In the fall of 2016, Prime Minister Justin Trudeau called several suicides by children in northern Saskatchewan a tragedy. Four girls between the ages of 10 and 14 had taken their own lives over a short period of time.

"We continue to be committed to working with Indigenous communities across the country to deal with this ever-occurring tragedy," he said at the time.

Earlier that year, a string of suicide attempts in Attawapiskat in northern Ontario garnered international media attention when the Cree community declared a state of emergency.