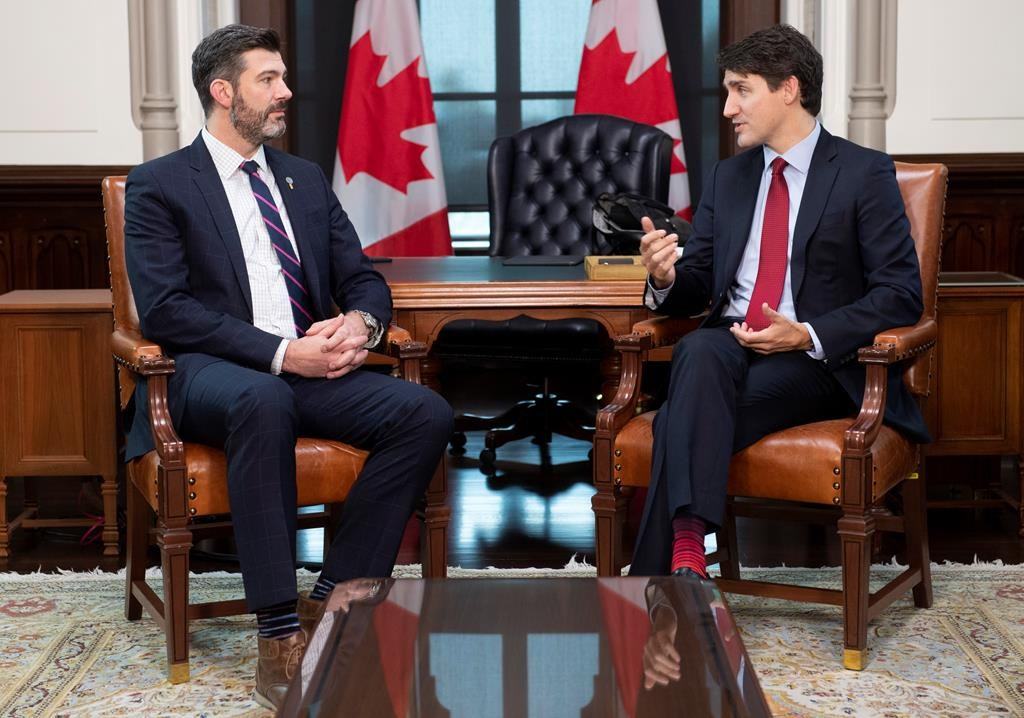 The session in Trudeau's Ottawa office was the latest in a series of meetings he's having with municipal leaders as the Liberals figure out how to make their infrastructure dreams a reality — and respond to western Canadians who feel left out of Confederation.

That sense of alienation was amplified by the Oct. 21 federal election, which returned the Liberals to power with a minority government but stripped them of all their seats in Saskatchewan and Alberta.

"The chance to work more directly with us to deliver those solutions to Canadians — I think we can lead the way together, whether it's on particular solutions for curing economic anxiety, or at least offsetting it, and working together over the long haul to improve conditions in the West," Iveson said before the meeting began.

With Trudeau were Deputy Prime Minister Chrystia Freeland, who's taken point on the Liberals' dealings with the West as the new minister of intergovernmental affairs, and Infrastructure Minister Catherine McKenna.

"The partnerships we've had in Edmonton on infrastructure, on fighting homelessness, on housing have been significant, but there's always more to do," Trudeau said. "We recognize obviously there is real anxiety and real frustration out in Alberta from people who have been having a really tough go of it over these past years."

Though the two Liberal MPs Edmonton elected in 2015 both lost in October, the Alberta capital has been friendlier ground for progressive politicians than the rest of the province has. The provincial New Democrats won the popular vote and nearly all the seats there in the April election that ejected them from power.

Iveson came out of the meeting saying the prime minister seemed open to ideas from western mayors when it comes to economic development.

Iveson, who was also in Ottawa for a gathering of the Federation of Canadian Municipalities, also said he expects the Trans Mountain pipeline to be expanded, and getting that project done would help alleviate concerns in Alberta.

This report by The Canadian Press was first published Nov. 29, 2019.