In Alberta, Conservatives really do want more independence from Ottawa 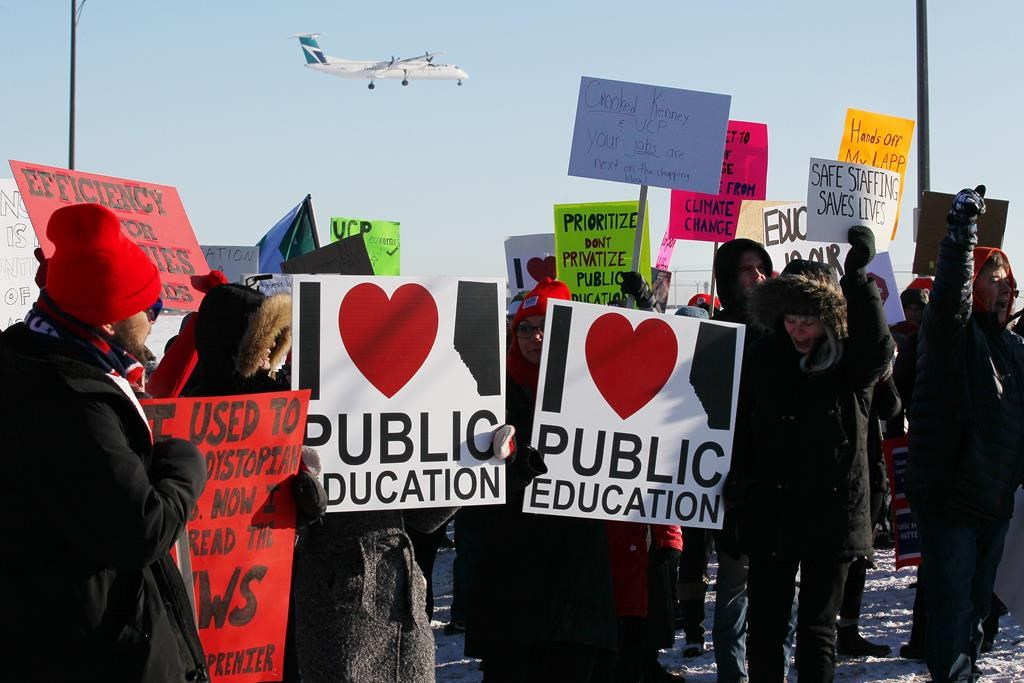 Members of Alberta's United Conservative Party have shown overwhelming support for measures that would give the province more autonomy from Ottawa amid simmering separatist sentiment.

At its first annual general meeting since winning power this spring, the UCP held a special session on Saturday to discuss ways for Alberta to get what it calls a "fair deal" from the federal government.

Informal straw polls were taken on the idea of Alberta establishing its own tax collection agency, pension plan, police force, trade relationships and firearms watchdog. A panel weighing those ideas is to complete its report by March 31.

In a show of hands, members voted nearly unanimously for each measure.

"Alberta is the youngest province by age in the country and because of our earnings level, we make a disproportionate net contribution to the Canada Pension Plan program every year," he said.

"We believe this is a bona fide issue to give serious consideration to."

One member stepped up to the microphone to call the idea an "absolute slam dunk."

"It would definitely give us some clout," another added.

Justice Minister Doug Schweitzer said the provincial police force idea appeals to him because officers should report to the communities they serve, not Ottawa.

He said he heard from many rural Albertans fed up with crime.

"They're tired of a justice system that's designed for downtown Toronto," Schweitzer said. "It's not designed for rural Alberta. We've heard that loud and clear."

He conceded there would be financial implications, as Ottawa currently foots 70 per cent of the bill for the RCMP.

"I just think that's part of a negotiation," he said.

One member raised concern about whether good officers working for the RCMP would take jobs with the new police force.

Earlier Saturday, hundreds braved the freezing cold outside the airport hotel where the UCP is holding its meeting to protest government cuts.

Candie Olsen, who receives financial support through the Assured Income for the Severely Handicapped program, says she felt the need to speak out even though it was a tough trek for her to get to the event.

Under the UCP's budget last month, payments under the program are no longer indexed to inflation.

"But I can't just sit idly because there's other people on AISH that physically couldn't get here. I was able to get here, so I need to add my voice and say 'No, you can't do this. It isn't OK.'"

University of Calgary undergraduate student Jemie Field said she was there to speak out against faculty layoffs and tuition increases.

"Honestly I have no idea what my future looks like at this point," Field said. "Depending on what the next couple of years bring, I don't even know if I'll be able to finish my degree."

This report by The Canadian Press was first published Nov. 30, 2019.

Workers urge public to “join the resistance” against “Kenney’s cuts”

Did you know there's a $1.6-billion federal bailout package for Alberta's oil industry?