One woman’s mission to make B.C. a clean-tech epicentre 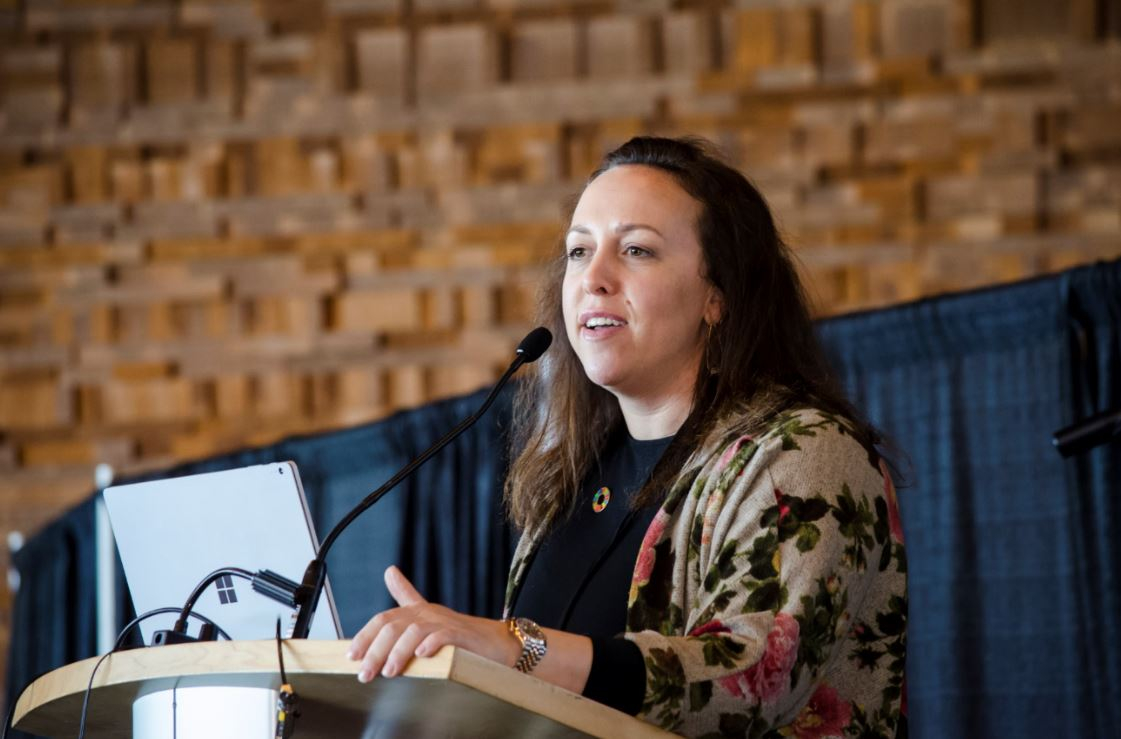 Jeanette Jackson, CEO of Foresight, addresses the EcoCity Conference in Vancouver in October 2019. Photo by Foresight
Previous story
Next story

They want to reform the landscape of B.C.’s clean-tech industry.

In a small office tucked away in Burnaby, Jeanette Jackson sits with her clean-teach accelerator team every day, thinking of big ideas. Specifically, she and the others at Foresight want to make the province a collective hub for clean-tech companies to grow.

They want companies to work together, rather than in isolation, to drive the industry forward.

In the business world, this innovation hub is called a “clean-tech cluster.”

In her technical definition, Jackson described a cluster as “a very strong foundational ecosystem that supports the rapid scale-up or acceleration of growth of a particular sector.”

But in her colloquial definition, she said it’s working with “an element of co-operation and greater-good thinking” to create success.

Particularly in an up-and-coming sector like clean-tech, she said, it can be hard for young small and medium-sized clean-tech businesses to get the capital they need to spread their technologies on a wide scale. A cluster fosters partnerships and projects that include multiple companies, so smaller companies can scale up, and industry can learn about new technologies.

Jackson is CEO of Foresight, which has already helped these kinds of businesses grow since it was founded in 2013. As she launched into a description of her vision, Jackson double-checked the National Observer was recording properly, because she was worried she was talking too fast.

“I'm passionate about sustainability and clean-tech, and helping accelerate the transition to green economies,” she said.

In September, Foresight launched its cluster initiative, which Jackson said was her No. 1 goal when she took over as CEO last year. B.C. is a little late to the cluster scene — countries in Europe have been working together to foster clusters since the early 2000s.

“The global clean-tech market is expected to reach $1 trillion very quickly,” she said. “If B.C. does a good job, we would definitely, in terms of market share, be able to capture a decent percentage of that.”

Jackson said there are a lot of talented innovators and educators in B.C., but there isn’t enough of a foundation to foster a cluster and make the province a global leader.

“The problem is none of these folks are talking. Everyone’s working in isolation,” she said. “A cluster is intended to break down the barriers between different stakeholder groups and get people working on common goals and objectives.”

Foresight has already led some projects that lean on collaboration rather than solely competition, such as an oil and gas project that linked oil and gas companies with innovators in heat-pipe technology. The collaboration made water heating more efficient during oilsands production, and Jackson said the project has saved more than 600,000 metric tonnes of greenhouse gas emissions per year since 2017.

Foresight also connects companies with demonstration labs, like the UBC Bioenergy Research Demonstration Facility, where they can test out their technologies on a large scale to prove their feasibility, rather than having their ideas stuck in a lab.

Simon Pickup, co-founder and CEO of Hydra Energy, said Foresight connected them with capital to build, which is ultimately what clean-tech companies in B.C. need the most.

“Access to growth capital has been challenging for the industry for a long time,” he said. “That's part of why the clusters is so exciting, is to actually get a more critical mass so we can attract more of that capital to grow huge clean-technology winners right here in B.C.”

He said clean-tech startups can have a hard time accessing capital because their projects are long-term, high-cost and some investors aren’t convinced of how big their ultimate payoffs will be compared to high-return industries like information technology.

He said a cluster will help the province thrive in what he thinks will be one of the biggest economic transitions in a century.

“There’s going to be an entire new generation of world-changing companies that are going to be built,” he said. “Transitioning every vehicle to something that's clean — that's just an enormous wave, and it could be the opportunity for us to grow, but also be more sustainable at the same time.”

Hydrogen is a good example of how successful a cluster can be. Germany launched a cluster in 2006 seeking to become a leader in hydrogen fuel cell technology. Within a few years, Germany was home to a quarter of all 130 hydrogen demonstration projects across Europe, in which companies are able to test technology on a large scale.

While Germany has built more than 60 hydrogen stations since 2006 (and hopes to reach 100 by next year), there are only a handful across Canada.

A B.C. study released earlier this year predicted that if B.C. accelerated its hydrogen industry and captured 5 per cent of the market in the coastal region (specifically including California, Japan, China and South Korea), the province’s export market could amount to $15 billion annually.

Jackson said Foresight is in the midst of consulting with clean-tech companies and industry. They plan to launch their execution plan in early 2020.