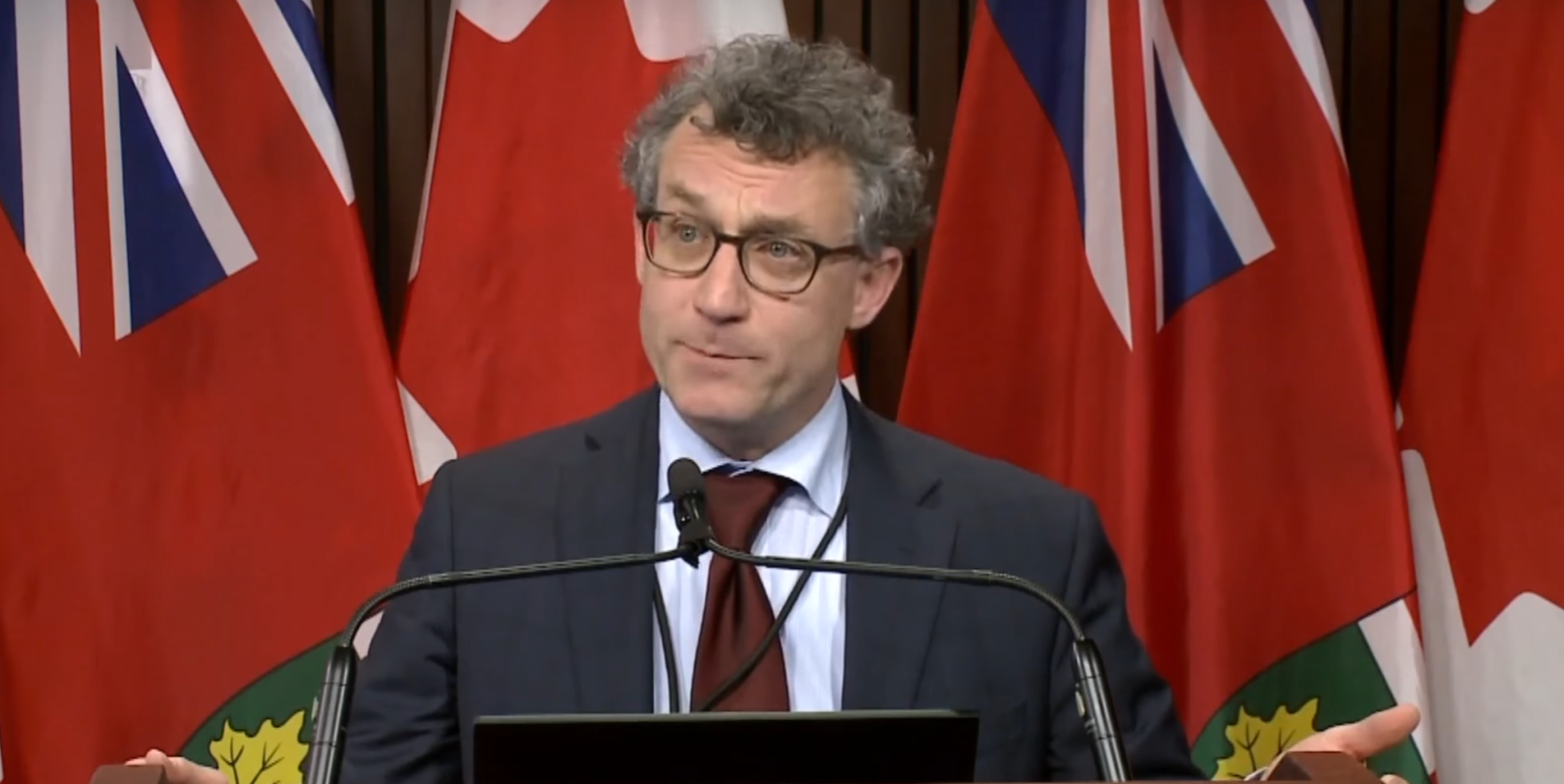 The Doug Ford government will likely need to make up a $5-billion shortfall by 2022 to meet demand for public services like health care and education, Ontario’s financial watchdog said Monday.

To meet demand, the Ontario government will have to either spend more than planned, announce more cost-cutting programs, find more efficiencies or “restrict access or underfund current programs” by 2021-22, said Ontario’s Financial Accountability Officer, Peter Weltman, in his report on the government’s Fall 2019 Economic and Budget Outlook. It’s unclear exactly how the government will make up the gap.

“That’s the $5-billion-dollar question,” Weltman said. “There’s going to have to be some more measures found to reduce spending.”

The report comes a little over a month after the Ford government released its fall economic statement, which pared back some of the sharp cuts made in its April budget, which prompted protests from parents and unions and led to a sharp fall in the government’s popularity.

It also comes less than a week after Auditor General Bonnie Lysyk slammed the government’s threadbare climate and environment policies in her annual report, saying they were insufficient to meet Ontario’s 2030 emission reduction targets and riddled with errors and omissions. (Weltman’s job is to consider the likely fiscal outcomes of government policy, while Lysyk considers what has already occurred.)

Weltman, who become Ontario’s financial accountability officer months before the Progressive Conservatives won power in a July 2018 election, said the increase in demand for public services is largely driven by inflation and population growth. Ontario’s population is projected to increase by about 750,000 by 2022, roughly equivalent to adding a city the size of Hamilton.

The opposition NDP, Liberals and Greens slammed the Ford government, saying the province is balancing the budget at the expense of essential services.

Ontario Finance Minister Rod Phillips said the government is committed to funding essential services but must also “make sure the province is on sound financial footing.”

“We can’t continue to live overspending,” he said.

Though the deficit would increase through 2019-20 ⁠— mainly due to government measures that have reduced revenue, like ending Ontario’s cap-and-trade program ⁠— Weltman’s report predicts a “rapid improvement” in the province’s fiscal position in the years to follow.

“This dramatic improvement is driven primarily by the government’s plan to significantly limit program spending,” the report reads.

Weltman said his report doesn’t account for “unannounced” tax cuts and spending programs that the government included in its budget but hasn’t formally unveiled, which would decrease the province’s revenue.

Without those policies, the Ford government could get close to balancing the budget by 2021-22, a year ahead of what the government had planned. That year, the Progressive Conservatives will be up for re-election. By 2023-24, the government could be on track for a large surplus of about $8.7 billion.

But that would rely on the government’s ability to “significantly” limit spending increases to its promised rate of 1.4 per cent per year on average. That would mean a steep spending decrease of about $1,070 per Ontarian over the next five years.

In its aftermath Ford demoted then-finance minister Vic Fedeli, putting him in charge of economic development and calling on the former CEO of the Ontario Lottery and Gaming Corporation, Rod Phillips, to move from the environment portfolio to finance.

Editor's note: This story was updated at 11:39 a.m. to include additional details from the Financial Accountability Office's report, and again at 2:03 p.m. to include reactions from Ontario Finance Minister Rod Phillips and opposition parties.