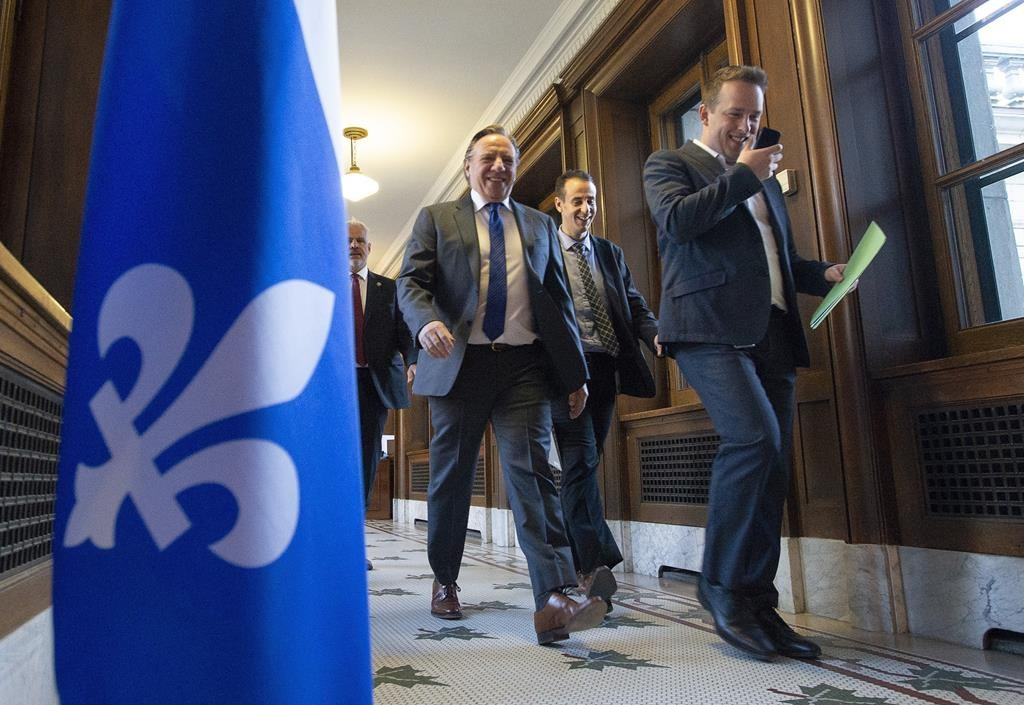 After a tumultous legislature session, Quebec Premier Francois Legault is heading to Hollywood and Silicon Valley, where the future of his province's troubled carbon market with California will figure high on his agenda.

Legault's four-day California mission concludes Wednesday in Sacramento, when he will meet with Gov. Gavin Newsom to discuss their partnership aimed at reducing greenhouse gas emissions, which is currently threatened by Donald Trump's government.

In October, the Trump administration announced it had sued to block California from working with Quebec on the joint cap-and-trade program between the two jurisdictions, charging that the southwestern state exceeded its authority when it signed the agreement to limit climate-damaging fossil fuel emissions.

While an assistant U.S. attorney general has accused California of veering outside its constitutional lane, Newsom has described the lawsuit as a political vendetta.

Companies in Quebec and California that emit large amounts of greenhouse gases are required to purchase allowances, with prices set in joint auctions held four times a year. Quebec joined California's auction system in 2014 and Ontario did the same in 2017, only to exit the agreement a year later after a change in government.

At the time, Legault said he would prefer for California to remain in the agreement, but said the province was prepared to continue alone if need be. Moreover, he said other U.S. governors have shown interest in joining the program.

Quebec has committed to reducing greenhouse gas emissions by 20 per cent below 1990 levels by 2020.

Legault's California trip, which includes stops in Los Angeles, San Francisco and Sacramento, is also aimed at exploring new markets for Quebec businesses and not expected to generate any major announcements. He'll discuss innovation and research investments with businesspeople in Silicon Valley, and pitch Quebec's merits as a Hollywood filming destination by touting the province's expertise in areas such as special effects production.

The last Quebec premier to visit the U.S.'s most populous state was Jean Charest, in 2009.

The Quebec government already has a delegation in Los Angeles and an office in Silicon Valley.

This report by The Canadian Press was first published Dec. 8, 2019.