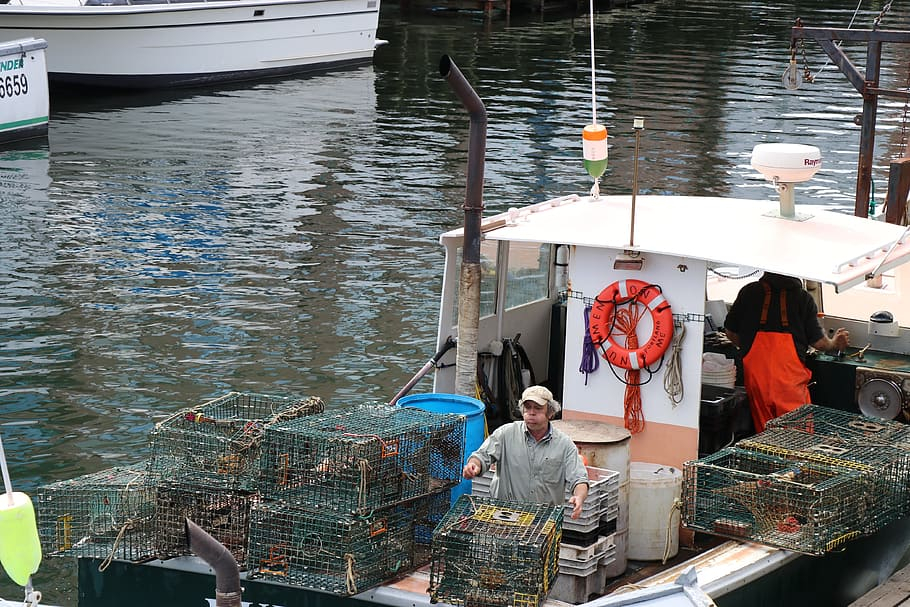 New England’s historic fishing industry has been in crisis mode for years as the region’s waters warm at a faster rate than most of the world, efforts by regulators to preserve dwindling fish stocks bankrupt boat captains, and a general malaise settles over coastal towns built around the ancient profession.

Research published Monday in the Proceedings of the National Academy of Sciences finally puts a percentage on just how much changes to climate norms in the region affect employment.

Climate shocks and significant deviations from the average temperatures reduced fishing jobs in New England’s coastal counties by 16% from 1996 to 2017, according to the peer-reviewed paper by University of Delaware researcher Kimberly Oremus.

“It’s driven by the warmer winters,” Oremus, an assistant professor of marine policy, said by phone.

To calculate the impacts of climate change on jobs, Oremus compared fishing data from the National Oceanic and Atmospheric Administration and the Bureau of Labor Statistics with the North Atlantic Oscillation ― the closely tracked sea surface-level pressure phenomenon that serves as New England’s dominant climate signal. As a control group, she contrasted the New England figures with fishing employment in the South Atlantic, where the movement of fish populations in response to warming has been less severe.

The model offers only a snapshot of some of the changes occurring as a result of decades of unchecked fossil fuel burning and industrial emissions.

“This doesn’t capture all the anthropogenic climate change,” she said. “There’s probably additional warming on top of the variability that I don’t account for.”

A one-unit variation from the oscillation’s normal range affected employment by an average of 13% on the county level, Oremus found. A colder-than-average winter representing a one-unit deviation from the norm could increase jobs by 13%. Likewise, a warmer-than-average winter in the opposite direction led to a decrease in jobs by the same percentage. The figure could multiply from there, she said. A marine heatwave that veered two units from the oscillation’s normal range could send jobs plummeting by 26%, Oremus said.

Lately, those variations have tended toward higher water temperatures.

The Gulf of Maine, which stretches from Nova Scotia in Canada to Cape Cod, Massachusetts, has warmed faster than 99% of global oceans, increasing by an average of 0.11 degrees Fahrenheit per year over the past three decades. While temperatures fluctuate, melting Arctic ice is weakening the southward current that once flushed the basin with cold waters from Greenland, putting the gulf’s temperatures on a firm upward trajectory.

The effects have made the fishing industry even less predictable than in years past. Record lobster hauls over the past decade in Maine now look set to decline, according to two studies published in the past month. The New England fishery for Northern shrimp, once a winter mainstay, is set to remain closed for a seventh consecutive year. An iconic seafood processing firm in Gloucester, Massachusetts, went bankrupt in May.

That makes the study’s finding all the more valuable to policymakers.

The disruptions are driving calls for a so-called “Blue New Deal,” a sweeping federal investment program to develop new, sustainable industries along the nation’s coastlines (the “blue” designation refers to the oceans).

Proposals include policies to favor consumption of fish caught in the U.S. over cheap imported catches and tax breaks to spur new aquaculture industries that serve to increase jobs linked to farming seaweed and shellfish, which simultaneously help reduce pollutants. Democratic presidential candidate Sen. Elizabeth Warren of Massachusetts has endorsed the idea.

“If the future becomes warmer on average or extreme events happen more frequently or become more extreme,” Oremus said, “we’re going to have to understand there’s a quantitative relationship that exists between extremes and employment.”

The article is pretty

The article is pretty impenetrable without a degree in stats; some faith must be extended to the researcher that she hasn't skipped over something like more automation affecting employment in the north vs south groups. And always with fishing, the effect of the regulators allowing unsustainable levels of fishing is the greatest input of them all. But I think the researcher is trying to get it right here, so the conclusions should be news.

It's funny, though, that the actual number of jobs lost isn't mentioned; I'm not sure what the "16%" amounts to.