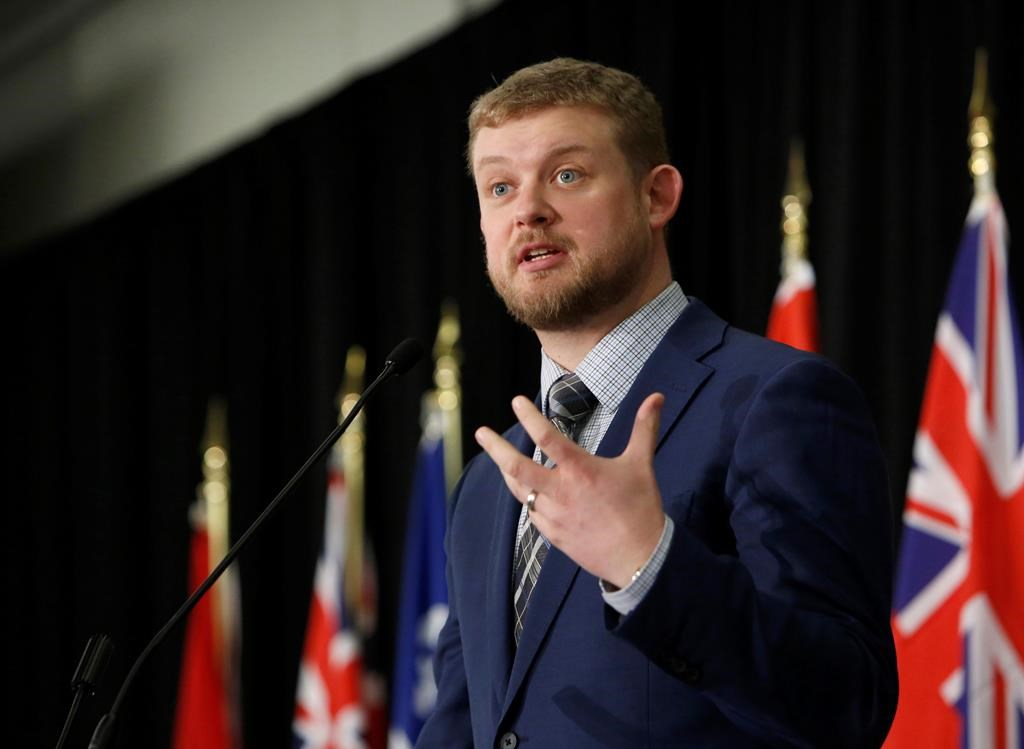 Federal New Democrats are asking the Liberal government to commit to regular reviews of the new North American free-trade deal's impact on Canada after it comes into force and to overhaul the way future trade pacts are negotiated.

The requests are in a letter from NDP trade critic Daniel Blaikie to Deputy Prime Minister Chrystia Freeland, who last week signed a revised version of the Canada-U.S.-Mexico deal that must now be formally approved by Parliament before taking effect.

That will require the minority Liberal government to gain the support of at least one opposition party.

NDP Leader Jagmeet Singh has remained tightlipped on whether New Democrats will vote for the agreement and in the letter, Blaikie does not outright condition the party's support on the government adhering to its requests.

The Conservatives and Bloc Quebecois have both criticized the deal, with the latter especially angry over its treatment of aluminum. However, the Tories have given indications they may support the agreement.

In an interview, Blaikie said the NDP wanted to "feel the government out" on creating a more transparent and inclusive approach to negotiating future trade agreements.

"New Democrats would be a lot more inclined to look favourably on the adoption of this agreement if it meant that Canada really was moving toward a more progressive trade agenda," he said. "And we're looking forward to their response."

Freeland's office did not immediately respond Monday to requests for comment.

In his letter, Blaikie blasted successive federal governments for conducting "secretive, patronizing" free-trade negotiations in the past that "all but excluded Parliament." They also rushed parliamentary approval, he said, with minimal study.

To that end, he called on the Liberals to look to the NDP's previous proposals for negotiating and approving free-trade deals, including "disclosure requirements" so Canadians know what has been negotiated and what the impact will be on the country.

Blaikie also asked for a full debate in Parliament and "a regular review to ensure that deals are still working for Canadians after coming into force." The NDP proposed in 2017 that future free-trade deals be reviewed every two years.

"If we're going into these negotiations because we want to get wins for Canadian businesses and Canadian workers, at some point somebody should circle back, do the homework and say 'Hey, is this working or not?'" he told The Canadian Press.

"And if not, maybe we want to approach our partners about tweaking the deal."

Taking stock of how a trade deal is impacting the country "is always a good thing" and an area where Canada could stand to improve, said Mark Agnew, director of international policy at the Canadian Chamber of Commerce.

And while he welcomed more transparency in trade talks, Agnew said only so much can be revealed without hurting the country's bargaining position. Even then, he said, Canadian negotiators were constantly updating industry and civil society during the North American talks.

The government has said it will move quickly to ratify the revised Canada-U.S.-Mexico trade deal, which will update the 25-year-old NAFTA, though the Liberals have not provided a timeline. Parliament is due to return from the Christmas break on Jan. 27.

The three countries originally signed a renegotiated pact last year, but U.S. ratification stalled as Democrats in Congress and their organized-labour allies bickered with Mexico over labour rights as well as the deal's treatment of steel and aluminum.

Democrats were also upset with intellectual-property rules on pharmaceuticals and dispute settlement procedures, all of which led to fresh negotiations to amend the deal by tightening up some areas of the agreement and loosening others.

In his letter to Freeland, Blaikie credited the Democrats with having "shown that time, debate and wider consultation can (mean) improvements to trade deals, something New Democrats have believed all along."

Despite being signed to great fanfare last week, the revised deal faces uncertainty over language in implementation legislation introduced in the U.S. Congress last week calling for the deployment of five labour inspectors to Mexico.

Mexico's undersecretary of foreign affairs for North America, Jesus Seade, has expressed "surprise and concern" over the measure and said his country will never accept such foreign monitors.

This report by The Canadian Press was first published Dec. 16, 2019.