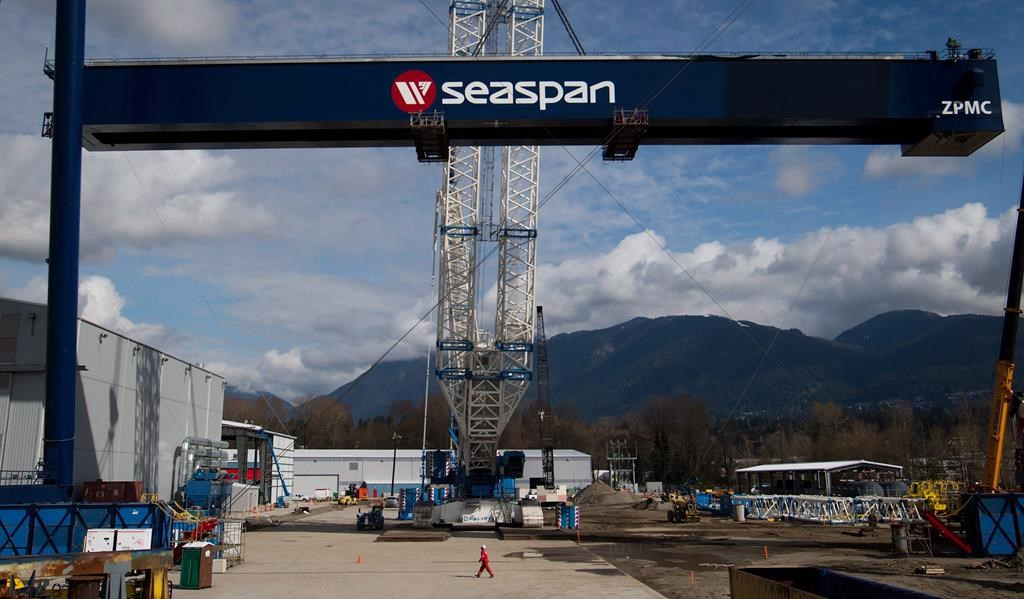 An international group that represents over 80 per cent of the world's merchant fleet is proposing a levy on fuel consumption in order to build a $5-billion US fund to develop zero-carbon-emission ships.

The International Chamber of Shipping (ISC) said Wednesday that it has submitted the proposal — which would place a $2 US per-tonne levy on fuel used by vessels over 10 years old — to the UN International Maritime Organization (IMO), the international body charged with lowering emissions from the shipping sector.

ISC estimates the levy would raise $500 million US per year, which it says will be invested into a new non-governmental research and development organization focused on building zero-carbon vessels.

Under the proposed plan, ISC says zero-carbon-emission ships could be commercially viable by the early 2030s.

"Greta Thunberg is right to say that ‘creative accounting and clever PR’ often lie behind supposed commitments to sustainability, but our plans are transparent, and our regulator has teeth," said Simon Bennett, the deputy secretary general of the ICS. "Now we ask the wider shipping community for their blessing. Change on this scale is difficult and often daunting. But in this case, it could not be more necessary."

"We welcome the industry’s decision to do something about their pollution but this fuel levy is a drop in the ocean compared to what is needed to actually clean up shipping," said Jo Dardenne, a shipping expert at Brussels-based NGO Transport and Environment, in an email. "[Two dollars] per tonne is less than [one] per cent of the actual price the sector pays today for fuel. This won’t be enough to encourage companies to invest in cleaner fuels."

Dardenne said the levy would still be 40 times cheaper than the European Union's carbon price, and that ships docking at EU ports should be included in the EU’s carbon market (EU ETS).

She also said there is no guarantee that the proposal will ever come to fruition. "The IMO has been discussing for over 30 years now potential measures to reduce emissions from ships without any legally binding outcome," she said. "Even measures like reducing speed from ships were rejected at the IMO a couple of weeks ago — one of the most effective ways of reducing emissions quickly — so who knows whether this levy will actually see the day."

"It's too little, too late," said Tom Green, a climate solutions policy analyst at the David Suzuki Foundation, in an interview. "The shipping sector has known for a long time that its future is carbon constrained."

Green said, given the state of climate change, it will require much greater action in the shipping industry to meet emissions goals.

"While $500 million US in research may sound like a lot, it should be said that one modern shipping vessel can cost $200 million US to build and there's about 50,000 merchant ships out there," he said.

Green said a silver lining is that the levy could lead to future market-based mechanisms for taxing the shipping industry. "It is hard to impose a carbon tax across something where there are so many ports of call and you have all these different nations involved," he said. "This could be useful as a starting mechanism, but I'm not optimistic because the sector has really resisted doing its part."

The ISC said its proposal will be discussed when the IMO's Marine Environment Protection Committee convenes in London in March. Last year, the members of the IMO reached an agreement total annual emissions by at least 50 per cent by 2050 compared with 2008, which the proposal could help to address.

Shipping companies have also been criticized for registering vessels in states where they face the least regulatory and tax burdens. Six flag states (Panama, China, Liberia, Marshall Islands, Singapore, and Malta) account for 52 per cent of CO2 emissions, according to the ICCT.

In Canada, shipping produced four million tonnes of GHG emissions in 2015, about 0.6 per cent of total Canadian GHG emissions, according to government submissions to the UN.

According to the Canadian Climate Forum, shipping has led to acidification damages to the shells of clams and mussels, which has harmed the country's aquaculture industry, and weakened coral structures, which function as habitat for other ocean species.