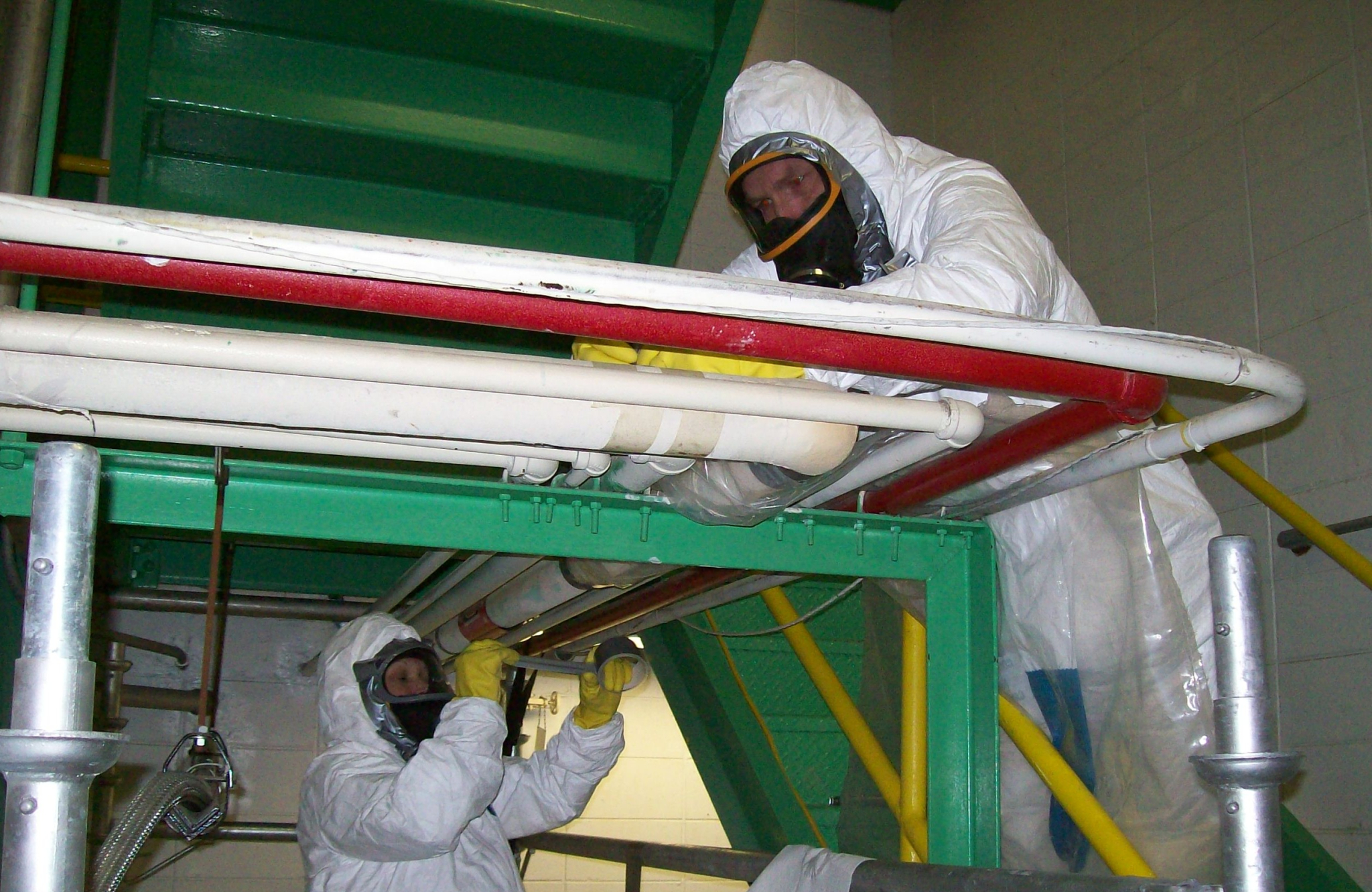 Workers remove asbestos at a facility in the U.S. state of New York in preparation for demolition. Photo courtesy U.S. Department of Energy
Previous story
Next story

The cancer caused by asbestos takes a long time to develop, but once it does, the damage is often brutal and injury lawsuits plentiful — and the Canadian financial industry should keep that kind of slow-burn risk in mind for the climate crisis, its regulator says.

The Office of the Superintendent of Financial Institutions (OSFI), which oversees Canada’s powerful banking sector, drew the comparison in its latest annual report, which wades more deeply into the long-term risk that climate change poses to financial stability than ever before.

“Climate change risk has become an area of increased focus and can have significant impacts on financial institutions and private pension plans,” OSFI said.

The financial industry faces legal risks from “injured parties seeking to recover losses from other parties they hold responsible... the industry is very familiar with this type of long-term risk exposure from asbestos-related liabilities.”

Climate change is heating up Canada at double the average rate of the planet, and is leading to more frequent and intense wildfires, floods, heat waves and the loss of freshwater, according to Canadian scientists. All countries must cut carbon pollution severely or risk even greater climate shifts.

Economists say the effects of climate change will upend global supply chains and commodity prices, disrupt food and agriculture and lead to greater migration as populations seek shelter. As economies shift to low-carbon, the Bank of Canada has warned that oil and gas assets could be rapidly repriced, triggering destabilizing fire sales.

But while the central bank has said climate change is a vulnerability in the financial system and that it is developing ways to stress-test how banks and others will deal with extreme future scenarios, it does not hold a direct supervisory role over Canadian banks themselves.

That role is held by OSFI, which has been inching toward regulating the financial industry when it comes to climate. OSFI recently said in a planning paper that it is “exploring regulatory responses” to the climate threat.

It told National Observer last year that it “expects all financial institutions to quantify their climate-risk exposures.” And it has joined the UN Environment-linked Sustainable Insurance Forum.

The discussion of climate risk “is indeed lengthier than what we have reported in past annual reports,” OSFI senior communications adviser Michael Toope confirmed.

Still, the regulator hasn’t yet taken the opportunity to establish hard and fast rules requiring banks to disclose climate-related risks.

OSFI said it will be “evaluating the progress” made by the banks in identifying and responding to these risks, and in the meantime, beefing up its own knowledge about the issue.

Laura Zizzo, founder and CEO of Toronto-based climate-risk consultancy Mantle314, said that while hard and fast rules aren’t yet in place, the report is signalling that the Canadian financial world is in a “pre-regulatory period.”

Institutions should already be anticipating that climate-related disclosures will become mandatory “in the coming years,” she said.

“It’s clear from this Office of the Superintendent of Financial Institutions report that OFSI is developing the capabilities to take a more active role in regulating climate risk,” Zizzo said.

“Although methodologies of climate-risk assessment are still in the early stages, institutions should work through uncertainty and start assessing and managing climate-related issues as systemic risks.”

In June, a federal panel recommended that OSFI should publicly describe how it expects all the banks and other financial institutions it oversees to manage climate risk — although it stopped short of recommending strict rules.

Even so, the industry has started to take notice: Scotiabank said last month it is training staff to assess the climate risks of commercial and corporate clients, while Canada’s largest public pension says it is more focused than ever on understanding the “risks and opportunities” climate change presents.

The Business Council of Canada, a lobby group representing chief executives of the country's largest corporations, also stated this fall that corporations have an “obligation” to disclose climate risks.