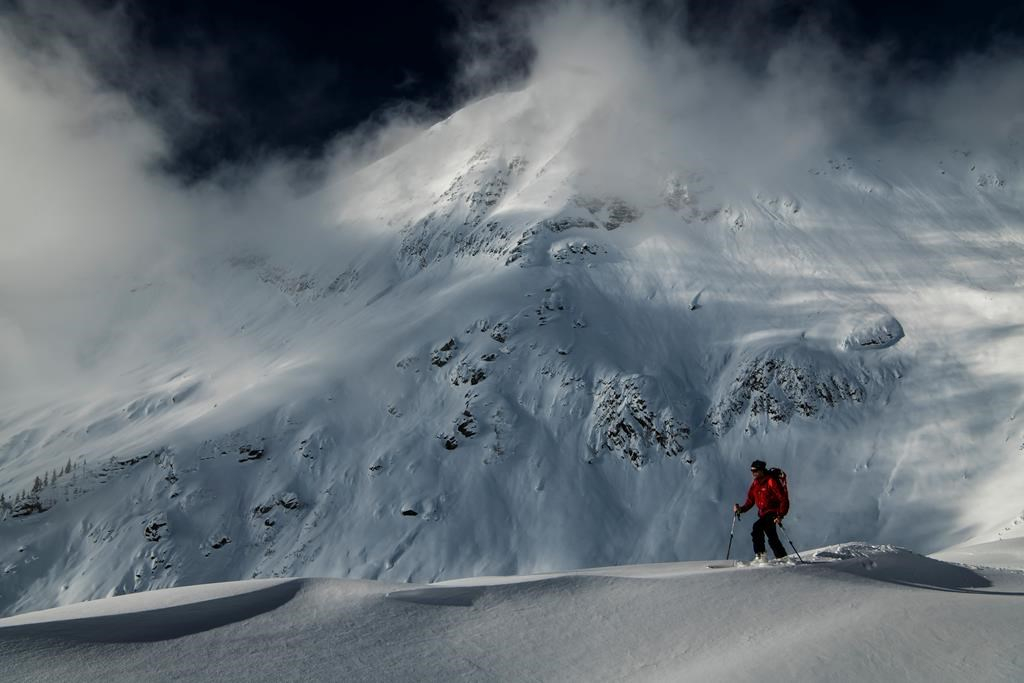 Professional adventurer Greg Hill was skiing in Pakistan five years ago, when he got caught in an avalanche and broke his leg.

As he healed, he reflected on what legacy he would have left behind had he died.

Hill had climbed hundreds of mountains, skied millions of vertical feet and documented many of his adventures in Canada, South America, Norway and Pakistan.

"It was awesome — I was encouraging people to push deeper," Hill said in an interview. "But it was the selfish 30-year-old adventurer. It was all about my own stuff and what I can do."

Now a father in his 40s living in Revelstoke, B.C., Hill wanted to do "something that can be learned and taken and adopted by others and help improve the world."

He's one of a growing number of Canadian adventurers — including ice climber and paraglider Will Gadd, retired ski cross Olympic gold medallist Ashleigh McIvor and alpine ski racer Erik Guay — who have come to focus on the environment.

They're all ambassadors for Protect Our Winters Canada, a non-profit advocacy group based in Waterloo, Ont. It's made up of outdoor enthusiasts, professional athletes and sporting brands trying to get governments to take action on climate change.

"Our overall goal is to unite and organize the outdoor community," said Dave Erb, the group's executive director. "As people who enjoy spending time in nature and recreating in nature, it really should mandate our participation in the fight to save and protect it. If we don't, who is?

"We're the ones who see the changes but also have a deep connection to these landscapes and these magical places."

Erb said the group's ambassadors can help influence how others think about climate change, but find themselves in a hypocritical situation.

"They love going and exploring and living this adventure-based lifestyle, but they also know their carbon footprint is big."

Hill said that was exactly his thinking.

"It's always been in the back of my mind the hypocrisy of my situation — the way I was loving and enjoying nature, on the one side, and then, on the other side, kind of helping to destroy it."

Hill said he was seeing the effects of climate change first hand, such as the retreating Illecillewaet Glacier in the Selkirk Mountains near Rogers Pass in B.C.

"Every year, it kept going further and further back," he said. "There used to be this scary bulge to get on to it and now it has receded back 100 meters. It's so far back than what it used to be. You just didn't notice it.

"If it made noise and screamed, maybe we'd do something about it."

In 2017, Hill decided to do what he could to reduce his impact.

He quit heli-ski guiding, sold his diesel truck and leased an electric car to travel to his adventures. He and another athlete, Chris Rubens, decided they would ski as many mountains as possible without burning fossil fuels.

They documented their adventures in a film called "Electric Greg," which premiered in November at the Banff Mountain Film Festival and is part of the festival's World Tour.

The film also includes a trip with his children, now teenagers, to the Athabasca Glacier in the Canadian Rockies, where markers on the ground show its retreat.

In addition to changes where he skis, Hill has also noticed changes where he lives. Summers are increasingly smoky in the B.C. Interior due to forest fires, which research shows are becoming more frequent and more extreme due to climate change.

The transition isn't perfect, but he believes people are paying attention.

"There was some skepticism at the start because I was supposed to be a globe-trotting athlete," said Hill. "In the end, if your story is relevant and real, then it's got purpose, and luckily the environmental stories are very important right now.

"Mine makes a lot of sense and it's resonating with a lot of people."

This report by The Canadian Press was first published on Dec. 25, 2019.

We Destroyed the Oceans. Now Scientists Are Growing Seafood in Labs.