Birth strike, flygskam, Pyrocene: The language of climate change in 2019 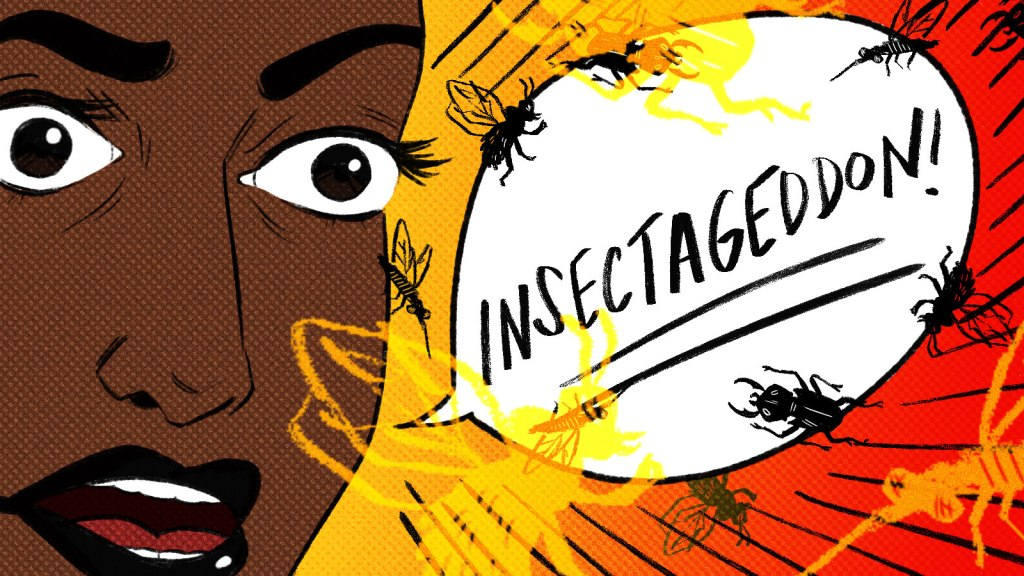 It was another year in which natural disasters occurred with unnatural force and frequency: Mozambique was submerged by two deadly cyclones, some of its worst storms of record; Japan, Australia, and the southern U.S. sizzled in heat waves; and even the Arctic was on fire.

Of course, the consequences of climate change are bound to get worse. What was different about 2019 was the response. More people started clamoring for a Green New Deal, Democratic presidential candidates began talking fluently about the crisis, and unprecedented numbers of young climate activists took to the streets to demand action.

The planet is ailing, and our vocabulary for describing its miseries is flourishing. At the close of each year, dictionary editors look through the English lexicon and pluck out the seeds that best express the year’s spirit. The picks for 2019 by and large concern our overheating planet, a reflection of increasingly urgent demands for action.

Oxford Languages picked climate emergency as its word of the year, a phrase that became 100 times more common over the course of 2019, leaping from relative obscurity to the pages of The Guardian. Collins Dictionary, based in Scotland, selected climate strike — the global protests initially kicked off by Greta Thunberg, the 16-year-old Swedish activist named Time magazine’s Person of the Year. The top pick for Dictionary.com was existential, invoked by presidential candidates like Senators Bernie Sanders and Elizabeth Warren to illuminate how the warming climate threatens life as we know it. (What a change since 2017, when dictionary editors complained about the lack of new words related to describe our changing environment.)

The growing popularity of these words and phrases reflects a radical shift in the public’s awareness, maybe for the first time since Al Gore’s movie An Inconvenient Truth came out in 2006. And it’s about time. Here are our picks for the terminology most emblematic of 2019, including birth strike, climate delayer, and insectageddon.

Birth strike (n.) The decision to forgo having kids because of “the severity of the ecological crisis.”

Some young people are reconsidering that whole being-a-parent thing, afraid that “climate breakdown” would set their kids up for a life of food shortages, water rationing, and general misery. Early 2019 brought the advent of BirthStrike in the United Kingdom, the first organized movement to make that personal decision public in an attempt to draw attention to the urgency of our planetary predicament (no, it’s not about population control). A major report published in November warned that climate change is already damaging the health of children around the world, and that babies born today face higher risks of disease and poor nutrition than older generations.

Carbonist (n.; adj.) One who believes that fossil fuels are inherently better than other energy sources.

Given his incoherent comments about climate change, it’s quite possible that President Trump doesn’t understand what global warming actually is. As Robinson Meyer wrote in the Atlantic in November, calling Trump a climate denier gives him too much credit — he is more accurately described as a carbonist. The idea that burning oil and coal is pretty macho — and thus, good — is an attitude that pops up everywhere, even in the movie theater (see: the rampant gas-guzzling in the hit film Ford v Ferrari.)

Climate delayer (n.) A person who thinks climate change is a problem but not a priority.

Another sign that there’s an appetite for vocabulary to describe the spectrum between climate activism and denial? The upsurge of “climate delayer,” a newer version of the decade-old phrase global-warming delayer. In February, a viral clip showed Senator Dianne Feinstein, a California Democrat, telling young activists that she wouldn’t vote for a Green New Deal. Shortly afterward, Representative Alexandria Ocasio-Cortez of New York called her a climate delayer. Ocasio-Cortez said that delayers weren’t much better than deniers. “With either one if they get their way, we’re toast,” she tweeted.

Degrowth (n.) The concept that we should constrict the economy and phase out current habits of consumption.

Turns out the planet has some actual limits, and if we don’t respect them, things just might downhill. The degrowth movement, which took off in France in the early 2000s, suggests we take on climate change by shrinking the economy (less stuff) and prioritizing the well-being of people (less work). While the esoteric word is getting attention among academics and environmentalists, some economists dismiss it as a utopian fantasy, arguing that what we really need to degrow is the fossil fuel industry. In other words, end it.

Flight shame (n.) A feeling of guilt associated with the carbon-intensive activity of flying, or the English way of saying flygskam.

This year, Thunberg’s transatlantic boat trip to the U.N. Climate Summit in September helped draw attention to airlines’ exorbitant greenhouse gas emissions. The environmental movement is no stranger to shaming people, but flight shame, a literal translation of a word coined in Sweden, flygskam, is new. (The Swedes also coined att smygflyga, “flying in secret,” and tagskryt, or “train-bragging.”) Turns out that flight shame might be having an effect — a recent survey of 6,000 people in the United States, France, Germany, and the United Kingdom by the Swiss bank UBS found that 21 percent of them had cut down on flying over the last year.

Natural gas already sounds way nicer than it really is, but the phrase just isn’t quite American enough for some Trump officials. In a Department of Energy press release in May, Under Secretary of Energy Mark W. Menezes described exporting U.S. natural gas as “spreading freedom gas throughout the world.” Another official then called the greenhouse-gas emitting substance “molecules of freedom.” These two are true carbonists.

Hurricane truther (n.) A person who believes that hurricane warnings are overhyped and sees a sinister plot behind it all.

Some wacky theories have real-world, potentially deadly consequences. Hurricane trutherism started on right-wing blogs, and gathered strength after the talk-radio titan Rush Limbaugh cast doubt on Hurricane Irma’s severity before it made landfall in September 2017. A recent study suggests that this played a role in convincing some Trump voters to stay home when the hurricane struck. Great, now even the life-and-death matter of hurricane evacuations is becoming partisan.

Insectageddon (n.) The catastrophic decline of the world’s insect populations.

In April, when a review of studies warned that 40 percent of insect species could go extinct over the next century, the headlines were a tad sensational. Though the review later got some pushback from the scientific community for its doomsday exaggerations, the problem is real — insect populations are plummeting in many regions. So it seems likely that insectageddon and the insect apocalypse aren’t going anywhere.

Pyrocene (n.) A planetary “fire age” brought to you by human activity.

Move over, Anthropocene. There’s a new name for how our species is cooking the planet. Introducing the Pyrocene, a catchphrase coined by Stephen Pyne, a professor at Arizona State University and a prolific author. He says we’ve entered an “age of fire” that’s reshaping our landscape, much like the last ice age flattened plains and carved out lakes. We’re now reckoning with the consequences of burning gasoline to get to work, heating up the stove with natural gas, and burning down the Amazon.

Mentioning the idea of retreating from coastlines used to be taboo, but it’s already a reality. It even got airtime during the 2020 Democratic presidential debates this summer. As sea levels rise, people are moving away from affected areas in the Florida Keys, vanishing parts of Alaska, and coastal New Jersey. And they’re talking about it in terms of a “losing battle.” As we’ve learned, the language of war has a habit of, uh, invading the language of the climate crisis.

Climate crisis linked to 15-plus disasters costing more than $1B

yes , it's the pyrocene. But

yes , it's the pyrocene. But it's also the plastocene. I'm not sure how the decimation of biodiversity is to be named. Perhaps this is the decade of extinction rebellion. There is a sense of an ending. Terminocene. But no-one will be there to record it.