N.S. premier calls for politicians to listen to resource-rich provinces 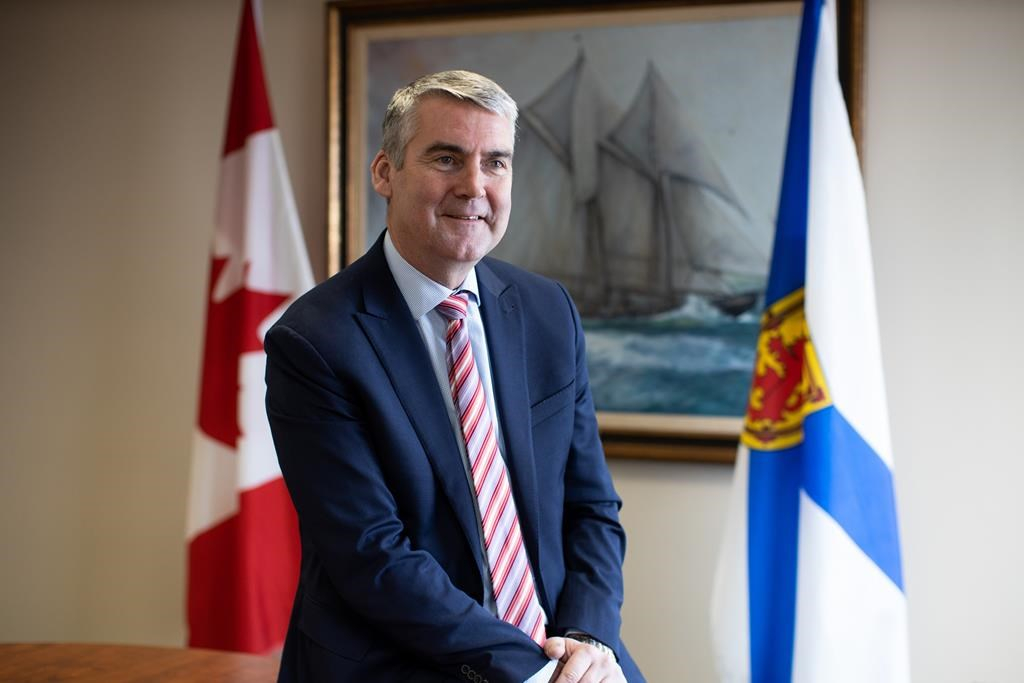 Premier Stephen McNeil answers questions at a year-end media interview in a meeting room at the Office of the Premier in Halifax on Wednesday, Dec. 18, 2019. File photo by The Canadian Press/Riley Smith
Previous story
Next story

Canada's politicians have to listen to one another to address economic rifts that could hinder national unity, Nova Scotia's premier says, as he adds his voice to calls for changes to the federal government's fiscal stabilization program.

"I worry that the country has an East-West feel to it which is not a healthy thing for Canada," Stephen McNeil said in a recent year-end interview with The Canadian Press.

"We need to continue to make sure that we listen to one another."

McNeil, who is one of only three Liberal premiers still in office, voiced support for resource-rich provinces such as Alberta and Newfoundland and Labrador, which face substantial budgetary shortfalls in large part because of lower world oil prices.

Federal Finance Minister Bill Morneau has said his department is examining ways to change how Ottawa distributes money to cash-starved provinces and hinted that the details would be worked out in 2020.

McNeil said he is well aware of the fact that Nova Scotia has benefited from Alberta's energy sector, which has employed thousands of people from his province over the years. McNeil said there is no doubt Alberta's economy has been "shocked" by the oil downturn, and the province's pleas for help are real.

Alberta Premier Jason Kenney has been warning for months of growing anger in Western Canada over the region's concerns being ignored.

"We need to listen to this," McNeil said. "That doesn't mean there isn't going to be tough conversations, but these are real feelings in Alberta. Some of them are well founded and some of them aren't, but you have to be mindful of that."

McNeil said the conversation also needs to be extended to national programs such as health care, which he believes need to be better tailored to suit the needs of different regions.

He said the Atlantic region in particular needs change to address stresses to the health-care system because of an aging population — an argument McNeil and other Atlantic premiers have been increasingly making with the federal government.

McNeil said he believes the push to tear down red tape that leads to internal trade barriers is another way to ease national tensions.

"We are signing these big trade agreements with countries and yet we are having challenges internally," he said. "We want to work on a national level on how we share our resources."

To that end, McNeil said it's hoped there will also be progress in the new year in brining Ottawa on board with a proposed shared energy utility corridor in Atlantic Canada.

He said modernizing the regional electrical grid is key to helping move renewable energy across Atlantic Canada and beyond.

"That includes Quebec," said McNeil. "Bringing energy in from Quebec and moving energy through Quebec to other parts of Canada. But that would require all of us to have a broader view than just our own respective utilities."

Approaching his seventh year in office, McNeil said the results of the 2019 federal election should be noted by all politicians in Canada.

"The voter has a way of shocking politicians into reality," he said. "I think the federal election gave everyone a chance to pause. Canadians want to see something different so governments should pay attention to that."

This report by The Canadian Press was first published Dec. 29, 2019.