The pope might classify destroying the earth as a sin 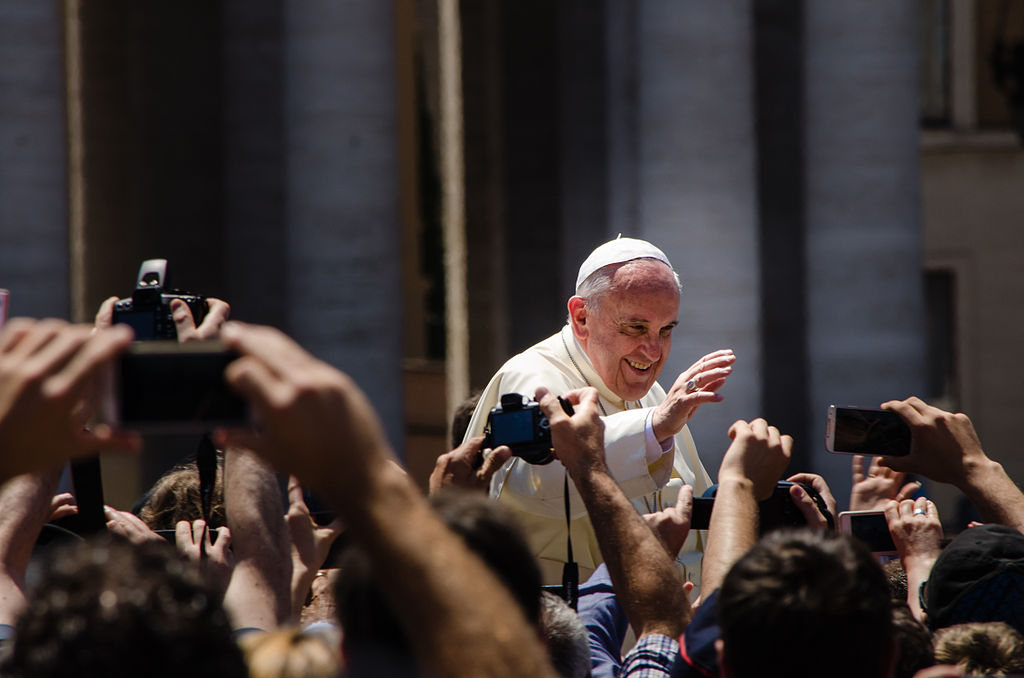 Pope Francis is not your average pope. He’s weighed in on prison reform and women’s rights, and he wrote a whole encyclical on climate change in 2015. On Friday, at the 20th World Congress of the International Association of Penal Law, Francis waded into the climate change debate again with an unusual idea: perhaps environmental destruction should be classified as an official sin.

During his speech, Francis said he was thinking about adding “ecological sin against the common home” to the catechism, the book that summarizes Catholic belief. “It is a sin against future generations and is manifested in the acts and habits of pollution and destruction of the harmony of the environment,” he said.

Some theology experts think the pope’s interest in the environment is a reflection of his social justice beliefs. “Climate change will impact the poor and marginalized first and worst across the world who have the least capacity to adapt or to recover from disasters,” Erin Lothes Biviano, associate professor of theology at the College of St. Elizabeth, told E&E News. “It’s viewed not as an environmental problem, but an environmental and social problem.”

But will Catholics accept the idea that destroying the environment is an offense against God? The pope’s past efforts to integrate environmental stewardship into the Catholic faith haven’t always convinced his flock. A survey conducted a year after he published his climate-themed encyclical found that the call to action backfired among conservative Americans. Right-leaning Americans were less worried about rising temperatures after hearing his message. Only 22.5 percent of Americans who had even heard of the encyclical expressed concern over climate change. And the Pope actually lost some credibility with conservative Catholics.

Francis might not be the climate influencer advocates hoped he’d be. But that doesn’t necessarily mean all Catholics are ignoring his message. Emma Frances Bloomfield, an assistant professor of communication studies at the University of Nevada, Las Vegas and the author of a book called Communication Strategies for Engaging Climate Skeptics, says it all depends on whether people believe the environment is related to faith.

Folks who see environmental conservation and religion as two entirely separate spheres will likely ignore Francis’ emphasis on the subject. But for religious people who are already inclined to think the two go together, an authority figure like the pope pushing for stewardship might be highly effective. “The idea of casting environmental damage as an ecological sin really amplifies how important the pope and Catholics think environmental damage is,” she said. “If Pope Francis really solidifies it as part of the catechism it can encourage Christians who are uncertain about the environment to consider it more strongly.”

In other words, preaching to the choir may actually be useful … when the pope does it.

Merkel: Pope urged her to fight for Paris climate deal

'Towards the Common Good': Mr. Sanders Goes to the Vatican