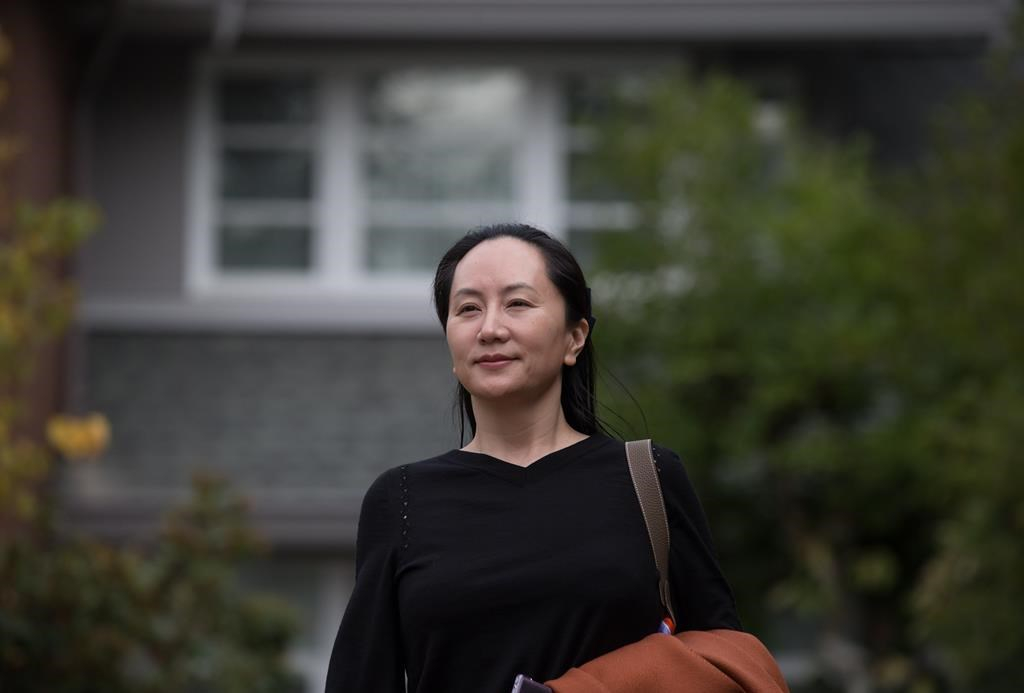 The international spotlight will be turned on British Columbia's Supreme Court this month as Huawei executive Meng Wanzhou's extradition hearing is set to begin, more than a year after her arrest shattered Canada-China relations.

Beijing's detainment of two Canadians and its restriction of some imports including canola have left many observers eager for a resolution. Some are hopeful the court process will bring relief, while others want Justice Minister David Lametti to step in.

Lametti has the legal authority to stop the process at any time, said extradition lawyer Gary Botting.

"It's really silliness for him to say he has to obey the rule of law because it's before the courts. No. What (the law) says is that he can stop the whole process and the courts must comply with whatever he decides," Botting said.

The RCMP arrested Meng at Vancouver's airport on Dec. 1, 2018, at the request of the United States, which is seeking her extradition on fraud charges. Meng denies the allegations and also accuses Canadian authorities of violating her rights during the arrest.

The Huawei chief financial officer is on bail and living in one of her two multimillion-dollar homes in Vancouver. A hearing is set to begin Jan. 20, focusing on the test of dual criminality, or whether the U.S. allegations would also be a crime in Canada.

If the judge rules the test has not been met, Meng will be free to leave Canada, though she'll still have to avoid the U.S. if she wants to evade the charges. If the judge finds there is dual criminality, the hearing will proceed to a second phase.

The second phase, scheduled for June, will consider defence allegations that the Canada Border Services Agency, the RCMP and Federal Bureau of Investigation conspired to conduct a "covert criminal investigation" at the airport.

Border officers detained Meng for three hours, seized her electronic devices and passcodes and handed them to the RCMP. Meng did not have access to a lawyer during the detainment and a border guard questioned her about Huawei's business in Iran.

A lawyer for the Attorney General of Canada has said border officers are required by law to conduct an admissibility examination on all travellers entering Canada and the passcodes were given to the Mounties by mistake.

The turmoil could have been avoided, Botting said, had former justice minister Jody Wilson-Raybould declined the U.S. request to arrest Meng in the first place. Prime Minister Justin Trudeau has also said he was informed of the arrest before it occurred.

"Jody Wilson-Raybould got it wrong on this and so did the prime minister," said Botting.

It's unclear what rejecting the request might have meant for the relationship between the two close allies. But Botting argued that — both then and now — tossing the Meng case wouldn't have much of an effect.

"There are just so many layers of nonsense that are going on in North America, generally, between the United States and Canada, that it would get lost in the shuffle."

The Justice Department said the minister does not make any decisions related to extradition until and unless a judge commits the person for extradition. At that point, the minister decides whether to surrender the individual to the requesting country.

"This speaks to the independence of Canada's judicial system," the department said in a statement.

Wilson-Raybould, now an Independent MP, did not respond to a request for comment.

The justice minister can legally halt the process at any time, but in practice the minister has not used that power, said Yves Tiberghien, a political science professor and Asia expert at the University of British Columbia.

It would be politically risky to step in now, said Tiberghien.

"It's true that the cost of this case is enormous. Essentially, the relationship between Canada and China is frozen when China is the second-largest economy in the world, second most-powerful country in the world," he said.

"On the other hand, because we're over a year after the start of the case, and for the whole year Canada has justified the case as being one of strict following ... of the rule of law, to intervene now looks like we're buckling."

He added that if the court hearings go according to schedule, there is an incentive for the minister to wait for a ruling.

"It's so much cleaner if the court does it. Then there's no question about it. It's proper."

Some 88 per cent of people arrested in Canada at the request of the United States were surrendered for extradition between 2008 and 2018, Department of Justice statistics show.

The fraud charges against Meng are based on an allegation that she lied about Huawei's relationship with its Iran-based affiliate Skycom to one of its bankers, HSBC.

Her legal team has argued the alleged misrepresentation does not amount to fraud. The defence says the case is really about the United States seeking to enforce its sanctions against Iran even though Canada has no such sanctions.

A lawyer for the Attorney General has called the argument a "complete red herring."

Seth Weinstein, a criminal defence lawyer with Greenspan Humphrey Weinstein, said that if the judge finds the allegations are focused on sanctions and not fraud, then they would not meet the test of dual criminality.

As for the defence's claim that Meng's rights were violated at the airport, if those arguments are successful then it would be concerning for Canada as a country of the "rule of law," said Weinstein.

"But, assuming that finding were to be made, we have judicial oversight of police misconduct that ensures that the person's rights are protected," he said.

Abuses of process have been found in extradition cases in the past and they didn't cause irreparable damage to U.S.-Canadian relations, Weinstein added.

Botting said the U.S. would likely ask another ally for a provisional arrest warrant and "be more careful next time."

This report by The Canadian Press was first published Jan. 5, 2020.