Alberta NDP calls for shutdown of $30M energy war room: "nothing but blunders" 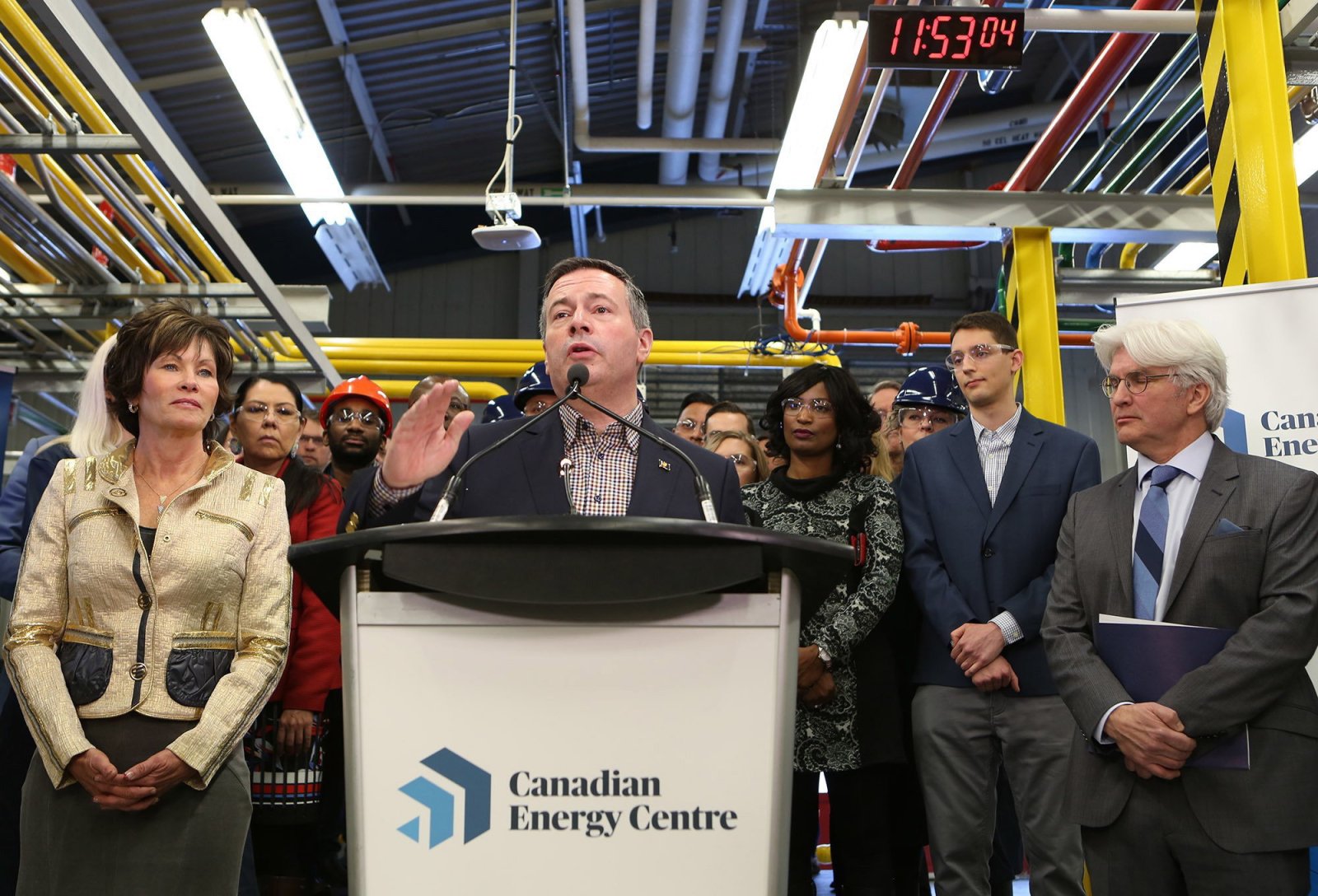 The Opposition in Alberta says the government's $30-million energy war room has been a cavalcade of flubs and mistakes and it's too late to fix a disastrous first impression.

NDP energy critic Irfan Sabir says his party's caucus supports promoting the message of oil and gas development, but it's time to shut down the war room and put the money to other projects.

"It does this without any metrics for success and so far it has created nothing but blunders. You can't build the credibility from that kind of gross incompetence that you have displayed over the (centre's first) month."

The war room, officially known as the Canadian Energy Centre, did not immediately respond to an email request for comment.

The centre was formally launched by Kenney and Energy Minister Sonya Savage less than a month ago. Its mandate is to promote the industry and fire back in real time against what the United Conservative government deems to be misinformation.

It has been criticized for using someone else's trademarked logo and for having its staff members refer to themselves as reporters instead of government employees. One man interviewed by the centre said he was misled.

Tom Olsen, who heads the energy centre, has been mocked by critics for a slip of the tongue in a TV interview in which he said the purpose of the centre is about "disproving true facts."

Sabir noted the centre's YouTube platform does not have any content and that the war room, while promising to provide correct information, does not stand behind the information it provides.

"We will reject what is false and promote what is true," Olsen says on the CEO message section of the website.

The same website, in its legal disclaimer section, warns: "We do not warrant the accuracy, completeness or usefulness of this information. Any reliance you place on such information is strictly at your own risk."

The Calgary-based centre has been set up as a provincial government corporation, but is overseen by three cabinet ministers on its board of directors, including Savage.

Savage's ministry, responding to Sabir's comments, accused the NDP of not supporting Alberta's oil and gas industry and of haste in its efforts to kill the war room.

"The NDP criticized the Canadian Energy Centre from before it was even set up, calling for it be pre-emptively scrapped," Energy Department spokesperson Kavi Bal said in a statement.

"The centre’s official launch was less that a month ago ... and the full development of an organization of this nature takes time.

"This government was elected to defend the interests of Alberta and its energy sector. The Canadian Energy Centre will continue to work to fulfil that commitment."

Sabir said the war room's high-profile mistakes are overtaking the positive message it is supposed to be sending on Alberta's core industry.

"To some extent it (the centre) is counterproductive," he said.

"They are ruining the energy sector's image."

This report by The Canadian Press was first published Jan. 6, 2020