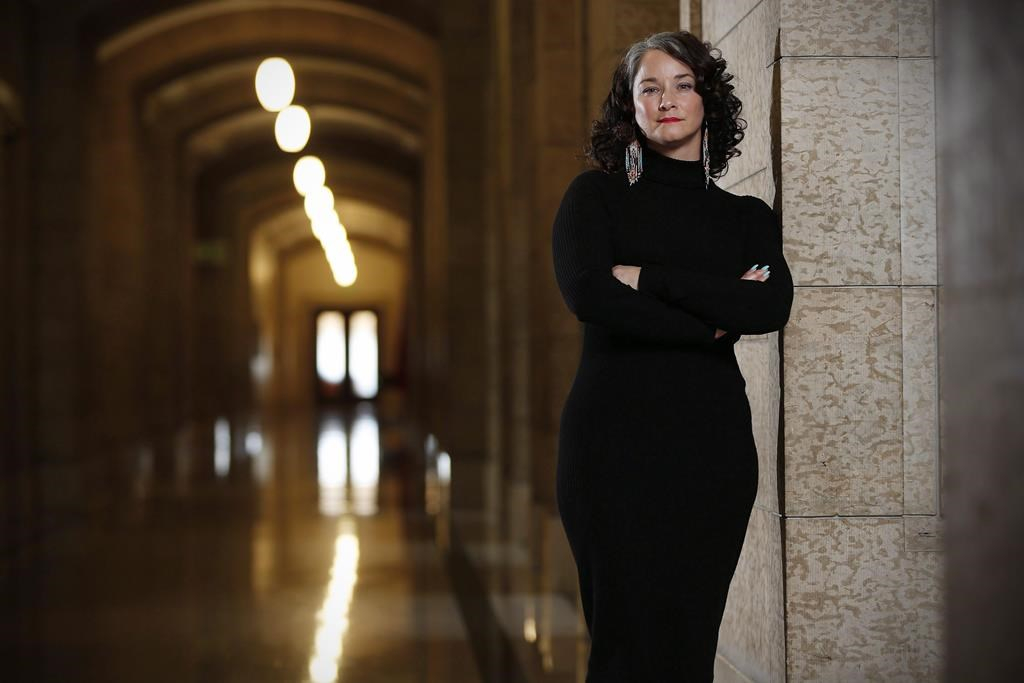 Two poems written by a man who killed an Indigenous woman have been removed from the parliamentary poet laureate website.

The poems by Stephen Brown included one about a sex worker, eliciting a chorus of public concern, including from Manitoba MLA Nahanni Fontaine, who said they showed disrespect toward his victim and other missing and murdered Indigenous women and girls.

Brown, who changed his name from Steven Kummerfield, and his friend Alex Ternowetsky were convicted of manslaughter in the 1995 beating death of Pamela George, a First Nations woman.

Brown was sentenced to 6 1/2 years in prison and was granted parole in 2000. He now lives in Mexico.

Two of Brown's poems were posted to the Library of Parliament website in 2017 when George Elliott Clarke was the parliamentary poet laureate.

They were included in a selection of poems chosen by Clarke during his tenure as a "poems of the month" space on the website to showcase Canadian poetry. Clarke likened Brown's works those of American beat poets Jack Kerouac and Allen Ginsberg and referred to him has an "avant-garde poet" who is a "singular intelligence and artisan among English-Canadian poets."

Fontaine took to social media, calling on Heritage Minister Steven Guilbeault to step in and have the poems removed.

Daniel Savoie, a spokesman for Canadian Heritage, issued a statement Monday saying neither Guilbeault nor the department play any role in the poet laureate program or its associated website.

Heather Lank, the parliamentary librarian, recommended the poems be removed and the Speakers of the Senate and the House of Commons agreed, said Tanya Sirois, a communications adviser for the Library of Parliament.

"The Library of Parliament has received numerous complaints regarding the presence of work by Stephen Brown on the parliamentary poet laureate website," Sirois said Monday.

She later added that Clarke also supported the removal of the poems.

Brown's works on the site were entitled "Plaza Domingo" and "Alejandra." The subject and opening line of "Alejandra" is a woman referred to as "la pornai," or a sex worker in ancient Greece. At one point in the poem, it says, "I follow her."

In an interview on Sunday, Fontaine said she interpreted this line to mean the author was stalking the woman and said she found it "unacceptable" for a Canadian parliamentary website to be promoting a convicted murderer writing about stalking vulnerable women.

On Monday, she thanked those who joined with her in calling for Brown's poems to be removed.

But she also expressed frustration that this episode has focused attention on the man who participated in taking George's life and another man who wanted to celebrate him, rather than on George's life and tragic death.

Fontaine was particularly concerned about the fact Clarke was scheduled to speak at a conference later this month in Regina for a lecture focusing on Saskatchewan poets in the context of truth and reconciliation and the inquiry into missing and murdered Indigenous women and girls (MMIWG).

Clarke initially would not rule out reading one of Brown's poems during his lecture, but later said he would not. On Friday, he withdrew from the lecture.

"What this whole event has highlighted is that still in 2020, despite the national inquiry, despite the commissioners putting on the historical record of Canada that we have a genocide of Indigenous women and girls and two-spirited (persons), we were about to be celebrating a murderer's poetry at a MMIWG conference," Fontaine said Monday. "Here we are, we're still fighting."

"But what it's also highlighted is that Indigenous women, MMIWG families will not tolerate that and will not put up with that."