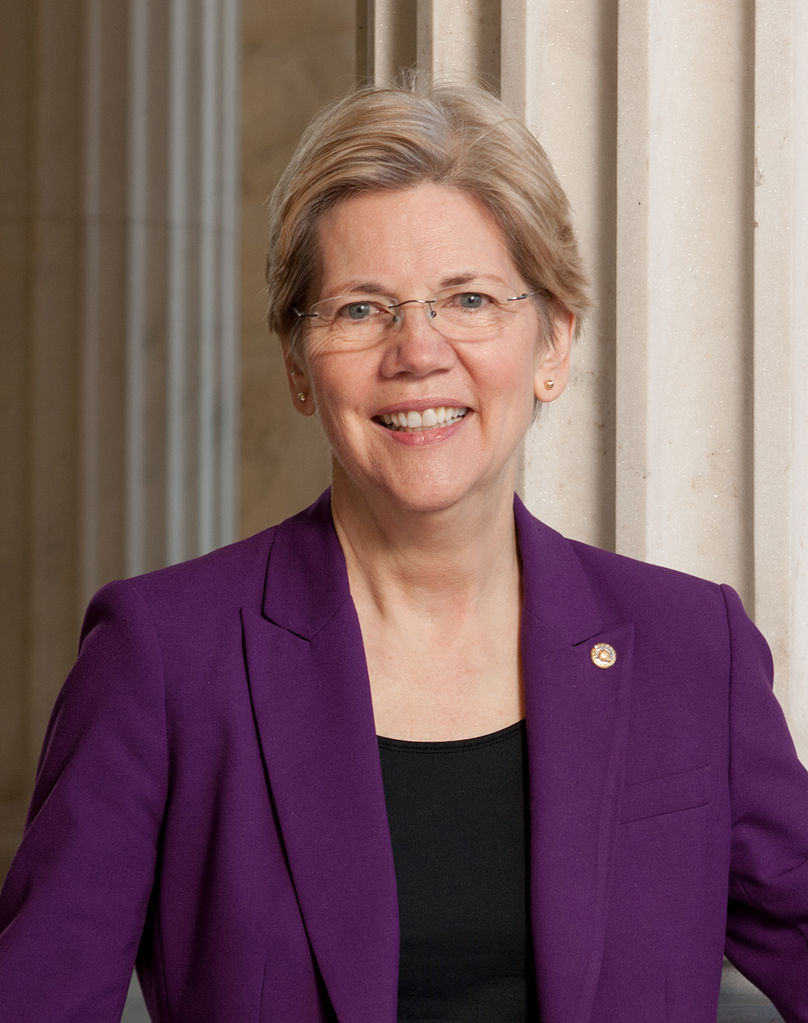 While lamenting that “we really need trade negotiations going forward that make sure anyone who wants access to our markets is actually helping us in the fight against climate change,” the Massachusetts senator said Friday that she will vote for the latest version of the agreement dubbed the United States-Mexico-Canada Agreement, or USMCA.

She had previously panned an earlier version of Trump’s deal as “NAFTA 2.0” and vowed to oppose it in the Senate, saying it “won’t stop the serious and ongoing harm NAFTA causes for American workers.”

“It’s disappointing that a progressive and quite radical thinker as Elizabeth Warren has come out in support of this,” said Manuel Perez-Rocha, an associate fellow at the Institute for Policy Studies and co-author of a report criticizing the updated deal’s benefits to polluters.

The announcement marked a split with Warren’s main progressive rival for the Democratic nomination, Sen. Bernie Sanders (I-Vt.), who said he opposed the deal during last month’s televised primary debate. (Sanders did grant that Trump’s pending deal was “a modest improvement over what we have right now.”)

The final pact makes mostly small changes to the 26-year-old trade agreement, giving the U.S. more access to the Canadian dairy market, encouraging stricter labor laws in Mexico and tightening rules on auto manufacturers. The tweaks were enough to garner the support of some of NAFTA’s biggest skeptics, including Sen. Sherrod Brown (D-Ohio), Rep. Rosa DeLauro (D-Conn.) and the AFL-CIO, the nation’s largest federation of unions. The Democratic-controlled House voted 385 to 41 last month to approve the deal.

But the new pact doesn’t even mention climate change, and the final version includes provisions that make it cheaper to export Canadian tar-sands oil, give corporations more power to undercut Mexico’s environmental policies and allow foreign companies to challenge proposed regulations in the U.S. or request the repeal of existing rules.

“It’s deeply concerning that Sen. Warren has reversed her stance on this,” said Stephen O’Hanlon, a spokesman for the Sunrise Movement, an influential climate group pushing a Green New Deal. “This trade deal is a huge win for fossil-fuel billionaires and for multinational corporations. It undermines her commitments to the Green New Deal.”

The Sierra Club, which has called the Trump deal “an environmental failure,” declined to comment on Warren’s position but pointed HuffPost to its statement on last month’s House vote, in which it described the pact as “nothing short of a giveaway to corporate polluters that will lock in his polluting legacy for years to come.”

Last July, Warren released one of the most comprehensive proposals to use the threat of losing access to the U.S. market as a cudgel to enforce international agreements to cut planet-heating gases. Heralding a “new approach to trade,” she vowed to make a country’s compliance with the Paris climate accords and the elimination of all domestic fossil fuel subsidies preconditions for any pact with the U.S.

That plan served as one of more than a dozen planks in Warren’s Green New Deal platform.

Asked about the senator’s decision to support the USMCA, the Warren campaign pointed to a speech from last year in which she said she would vote against the deal “unless President Trump reopens the agreement and produces a better deal for America’s working families.”

“Look, this is not a great arrangement, it’s a better ... it’s an improvement over where NAFTA stands right now,” Warren said on NBC’s “Meet the Press” on Sunday. “Look at the box the president has put us in with farmers. Farmers have just had their legs taken out from under them in one trade war after another that Donald Trump has initiated on his own. Farmers need help ― they’re in real trouble.”

If elected president, Warren could reopen trade talks with Canada and Mexico to rework the aspects of the new deal that environmentalists find the most destructive. But that seems unlikely, as it would probably create more hardship for the voters that Warren’s compromise this week aims to help, said Daniel Kono, an expert in climate and trade and a professor at the University of California, Davis.

But a Democratic primary that came down to a competition with Sanders could push Warren to shift her position on the deal, he said.

This trade deal is a huge win for fossil-fuel billionaires and for multinational corporations. It undermines her commitments to the Green New Deal.

Stephen O'Hanlon of the Sunrise Movement

The two candidates diverge on what they see as the ideal scope of federal intervention required to curb greenhouse emissions and improve public health protections in an era of increasing climate chaos. Warren has proposed spending $3 trillion, which could, by one estimate, create up to 10.6 million jobs over a decade. Sanders has pledged to marshal $16.3 trillion to provide 20 million good-paying, climate-friendly jobs. Warren has promised to keep some existing nuclear plants open, while Sanders has vowed to shut down reactors amid a transition from fossil fuels. Warren has envisioned regulations that would spur sweeping changes to the U.S. electrical source mix. Sanders has called for creating a public option for renewable electricity, expanding on the New Deal-era programs that helped electrify underdeveloped areas of the South.

Polling published last month from the left-leaning think tank Data for Progress found that 60% of American voters support trade deals that would put binding limits on pollution and require signatories to adhere to the Paris climate accords. Voters oppose including tax breaks for tar-sands oil by a margin of 48% to 26%.

Warren’s split from Sanders serves as a “barometer of some of the challenges that the progressive movement is going to face as we grow power,” said Julian Brave NoiseCat, Data for Progress’s vice president of policy and strategy.

“Obviously we’re not going to get 100% victories every time we step up to the plate,” he said. “Sometimes we’re going to have to take principled stands even though there might be marginal wins for folks we represent. Other times we’ll have to take those small victories where we can get them. Clearly Warren is the kind of politician who will take the smaller victories.”

And in the case of the USMCA, the United States isn’t the only country whose government favors fossil fuel-friendly provisions.

“The climate compromises are problematic, but that’s just as much a reflection of Canadian domestic politics as American politics,” said Leah Stokes, a climate policy researcher and professor at the University of California, Santa Barbara. “If this is an improvement over the status quo, even if it isn’t as far as we need it to go on climate, I can understand why Warren would agree to it.”

Climate activists are disengenuous in attacking Ms. Warrren over the latest versionof NAFTA. Critics of the treaty are uniformly simplistic in their attitude to free trade. Without the free trade treaties the economic distress of participating nations would have been much more dangerous. What the activists should really be lamenting is the effects of global trade expansion on CO2 levels from the widely practiced habit of long distance sourcing of materials and finished products through fossil fuel burning transportation. There is something deeply perverse about destroying local economies in favour of this energy wasteful habit of moving things around the world. When Capitalism makes fundamentally irrational decisions on short term profit loss calculations we should (but do not) question the accounting principles employed. No one in the accounting industry is taking the long view or calculating the REAL costs incurred by greed.

The single biggest evil modern trade treaties perpetrate is the investor-state protection mechanisms that enable Capitalism to exploit - with impunity - all kinds of evils. The multinationals steamroller their way through every "restraint of trade" using spurious claims of damages to their profits, while they degrade people, wildlife, ecosystems in their relentless greed. This is the fundamental problem with free trade. Corporate freedom from liability/responsibility.

The investor protection provisions in NAFTA have been abolished. This came about at the insistence of the US, and Canada took credit for it! Ref. https://thetyee.ca/Opinion/2018/10/17/NAFTA-Canadian-Sovereignty/