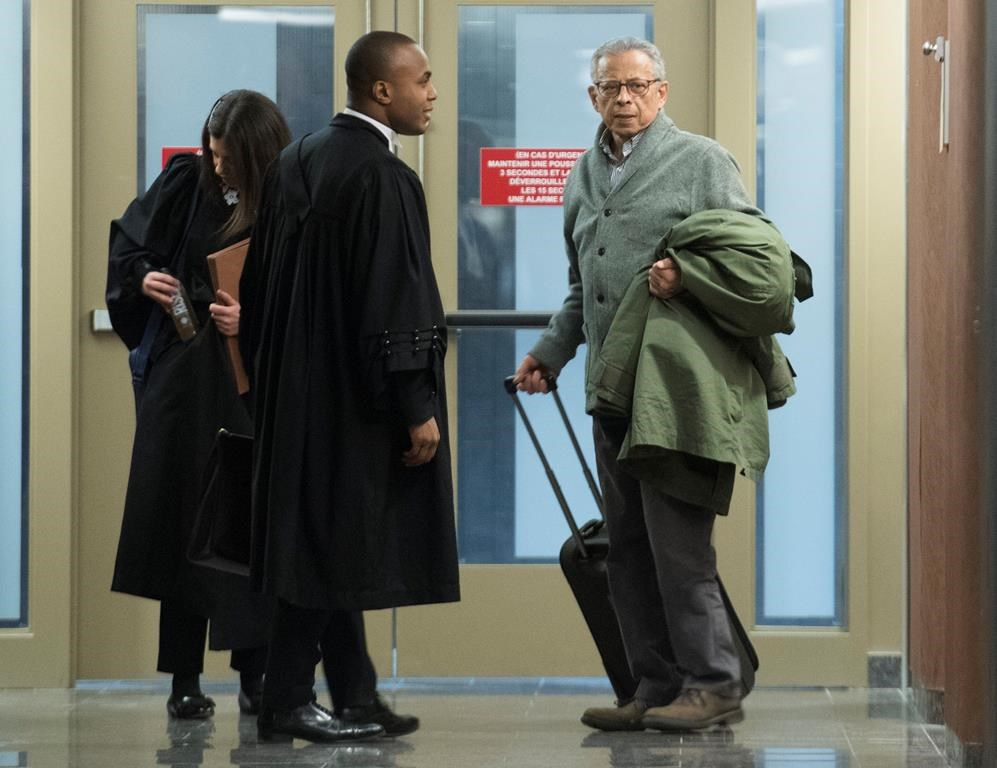 Former SNC-Lavalin executive Sami Bebawi was sentenced to eight years and six months in prison Friday, wrapping up the last of the criminal cases brought against the engineering giant and its former employees involved in fraud and corruption in Libya.

Bebawi was impassive as he was sentenced by Superior Court Justice Guy Cournoyer, who explained he was opting for a penalty closer to the top of the scale because of a number of aggravating factors in the case.

"Although bribery of foreign public officials is sometimes seen as a necessary step in obtaining contracts in some countries," Cournoyer said, that does not justify Bebawi's conduct.

"All Canadian companies and their executives are required to comply with Canadian laws prohibiting the fraud and corruption of public officials," he continued. "Canada is a state of law. Its laws must be respected."

The 73-year-old Bebawi had been defiant as he entered the courtroom for sentencing while pulling a carry-on suitcase. When a reporter yelled out whether other ex-managers from the engineering firm should be held to account and "fall on their swords," he replied "definitely."

A jury last month found the former head of SNC-Lavalin's construction division guilty of paying kickbacks to foreign officials and pocketing millions as he worked to secure contracts for the company beginning in the late 1990s.

The jury also heard Bebawi tried to pay off a subordinate to change his testimony so he could avoid prosecution himself.

Cournoyer pointed to several factors, including the sophisticated nature of the fraud, the degree of planning and premeditation, and Bebawi's behaviour after the infractions had been committed.

The federal prosecutors who brought the case to trial were satisfied with the sentence, saying it brought a message of deterrence and denunciation.

Crown prosecutor Anne-Marie Manoukian called it an "embarrassment for Canadian companies to act in that kind of behaviour."

The Crown had sought nine years behind bars after a jury convicted Bebawi last month of five charges including fraud, corruption of foreign officials and laundering proceeds of crime.

"It is in fact very close to what we asked the court to impose," Manoukian said.

Bebawi's defence lawyers — who did not address reporters after sentencing — had countered with a suggestion of a six-year prison sentence, citing age and health as factors.

Handcuffed and sitting in the prisoners' box after sentencing, Bebawi motioned reassuringly to family members in the courtroom.

The case returns to the court on Jan. 28 to discuss what to do with the proceeds of crime.

The sentence brings to an end a lengthy, federally led investigation and prosecution of the engineering firm and some of its employees.

In the days following the Bebawi verdict, the Montreal engineering giant also settled criminal charges on its business dealings in Libya, with its construction division pleading guilty to a single count of fraud and agreeing to a $280-million fine to be paid over five years and a three-year probation order.

The resolution brings the company closer to ending a long-standing scandal that tarnished its reputation and ensnared the highest office of the Canadian government in scandal for months.

"It's nice to be able to close the chapter on a case that's been going on since 2011," Manoukian said. "To date, all the charges we have laid are all completed."

This report by The Canadian Press was first published Jan. 10, 2020.