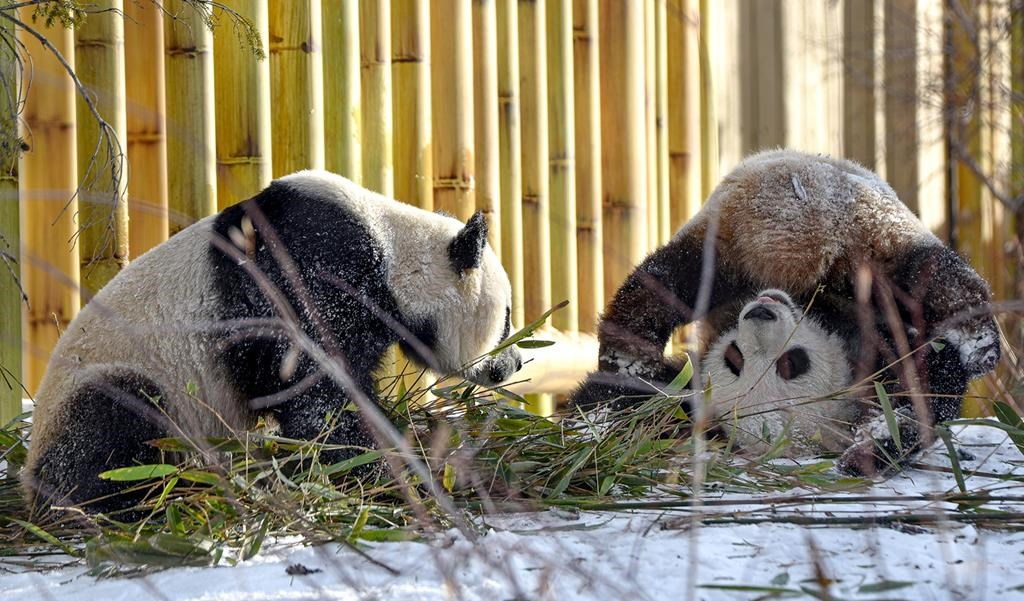 The first giant panda twins born in Canada have safely arrived in the land of their roots.

The Calgary Zoo says Jia Panpan and Jia Yueyue are exploring their new panda pad at a breeding research facility in Chengdu, China.

The zoo says the pandas — whose names mean Canadian Hope and Canadian Joy — left Calgary on a flight early Friday with their keeper and a member of the facility's veterinary team.

Their caregivers from Chengdu flew to Calgary last year to meet them and get to know their routines.

The pandas were born at the Toronto Zoo in 2015 and were transferred to Calgary with their parents in March 2018, as part of a 10-year agreement between Canada and China.

Parents Er Shun and Da Mao are to remain in Calgary until 2023.

The young pandas were to leave in October, but that was delayed by international permitting and air transport challenges.

“We’re proud to have contributed to panda research and conservation for their two-year stay with us," Jamie Dorgan, the Calgary Zoo's director of animal care, said in a statement Monday.

"Jia Panpan and Jia Yueyue will be deeply missed by our staff, volunteers, community and indeed people right across North America who visited them during their stay in Canada.”

By The Canadian Press | News, Politics | March 7th 2019
State Of The Animal