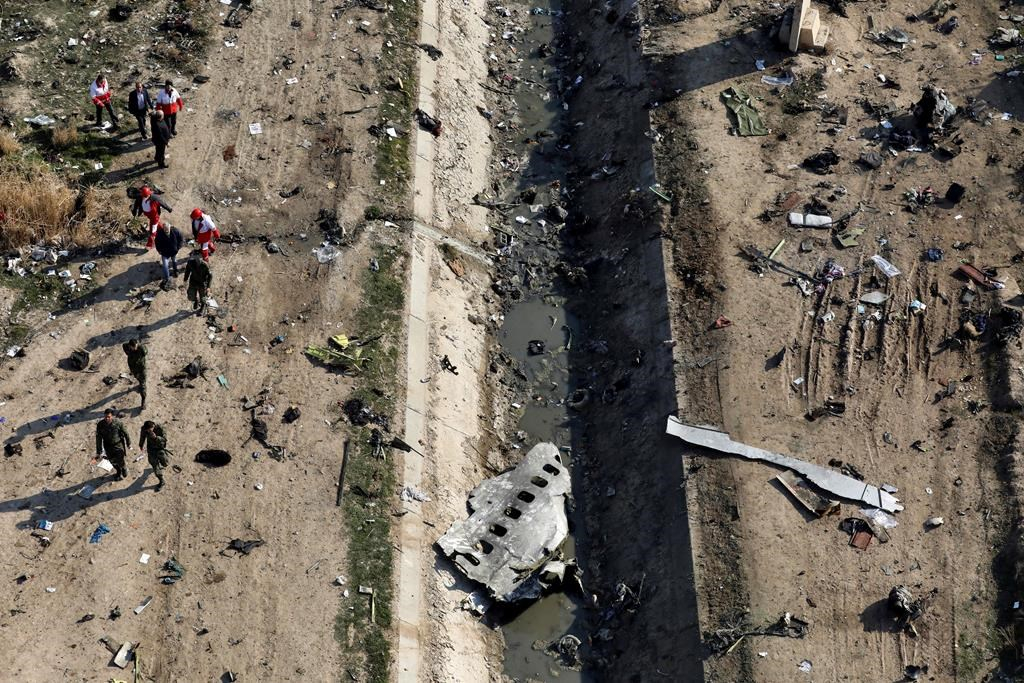 Iran announced arrests today in the downing of the Ukrainian airliner that killed all 176 people on board last week as Canada and its international allies prepared for a meeting to push for justice for families of the victims.

The announcement by an Iranian judiciary spokesman follows the surge of angry protests in Iran over the downing of the Ukraine International Airlines plane, and after Iran denied for three days that its Revolutionary Guard had shot it down.

The victims included 82 Iranians, 57 Canadians, 11 Ukrainians and nationals of Sweden, Afghanistan and Germany.

Iran's president also called for a special court to be set up to probe the downing last week of the plane by Iranian forces.

"The judiciary should form a special court with a ranking judge and dozens of experts," President Hassan Rouhani said in a televised address to the Iranian people. "This is not an ordinary case. The entire the world will be watching this court."

Rouhani called the incident "a painful and unforgivable" mistake and promised that his administration would pursue the case "by all means."

Global Affairs Canada said Foreign Affairs Minister Francois-Philippe Champagne will attend Thursday's meeting in London of the International Co-ordination and Response Group for families of victims of Flight PS752 "to achieve closure, accountability, transparency and justice-including compensation-for the families and loved ones of the victims."

Representatives of Ukraine, Sweden, Afghanistan and Britain will be there.

"Together, we will continue to expect and demand full co-operation and accountability from Iranian authorities. Our priority remains ensuring support of the families and loved ones of the victims," Champagne said in a statement.

Canadian investigators were expected to have their first visit to the crash site outside of Tehran today, as part of an international team looking into the sequence of events that ended with a jet from Ukraine being shot out of the sky.

The aircraft was shot down just hours after Iran launched air strikes against two military bases in Iraq where U.S. forces, and also some Canadians, are stationed.

The air strikes were in retaliation for a targeted drone strike on Jan. 3 by the U.S. that killed Iran's top general, Qassem Soleimani.